Tim Loughton MP: The playing field for families just got a little bumpier 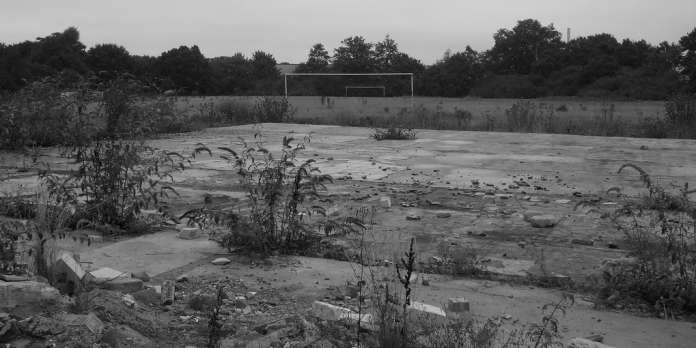 One of the great driving forces behind this Government has been a determination to attack inequality and close gaps.

The pupil premium is helping to narrow the appalling gap in educational achievement between those from comfortable backgrounds and those from less well-off families, and now it is rightly to be extended to early years too.

Positive discrimination at every stage in their pre-school, school and post-school education is particularly helping children in care who suffer the most abhorrent levels of under-achievement against their peers.

The gap between the income of hardworking households and benefit dependent households has been closed as much needed welfare reform takes hold whilst the higher marginal rates of tax paid by lower earners is also being tackled albeit to the mutual benefit of the highest earners by raising the tax-free threshold.

So it is all the more surprising that there is one area where inequality has if anything worsened, namely the treatment of married couples and that from a Prime Minister who promised to head the ‘most family friendly Government ever.’

As I write, a massive expansion in childcare subsidies seems set to be the showpiece of this year’s Budget, way more generous than suggested in last year’s Pre-Budget Statement.

For 2 working parent families the subsidy could be worth up to £2000 a year for every child under 12. Given the exorbitant costs of childcare in this country this is a potentially game changing move.

However, increasing subsidy rates on the demand side is no guarantor of keeping the costs down in what continues to be a seller’s market, let alone driving the quality up where inconsistent standards leave a lot to be desired.

What is less easy to comprehend is why the subsidy is available to a working couple bringing in as much as £300,000 earnings in a year.

Taking credit for the giveaways as usual, the hapless Nick Clegg claims it would be too complicated to limit the availability of the subsidy. Yet when it came to the once universal child benefit it was easy enough to arrange for the axe to start to fall on a working parent earning above £50,000.

So good news if you are a working parent for whom childcare cover is an essential not a luxury. But what about if you are a parent who chooses to stay at home to bring up children directly, often having given up a good career in the process?

The commitment to bring into effect the Manifesto/Coalition Agreement on the much feted Married Couples Transferable Tax Allowance has been long awaited. It grudgingly raised its head in last year’s pre-Budget Statement at long last though still it will not be felt in the pockets of our constituents until after the General Election.

Nobody expects the prospect of a tax break worth initially £200 a year to lead to dancing in the streets from hopeful ‘going-steadies’ and a flood of wedding bookings, but our supporters do expect a Conservative Government to deliver on its promises not least when it comes to promoting the sort of family friendly measures which we used to hold dear.

Most importantly it sends out a strong signal that we do want to recognise marriage in the tax system and the greater stability for children especially that goes with it, at a time when family breakdown costs our country £46bn a year.

I do not need to troop out again all the reasons why the introduction of such an allowance is a good Conservative, and the right, thing to do. Suffice it to say that Ed Balls has already this week condemned the measure as ‘perverse and unfair’ and pledged to scrap it even before it has come in.

But Labour never did get family. To them, actively supporting married couples inevitably means you must be attacking unmarried couples, working parents, single parents or same sex partners. To them the argument is a means to pit working families against non-working families; to parrot Clegg’s caricature of marriage as a quaint throwback to the 1950’s.

This is deeply insulting not only to the many millions of married couples who decide to make a lifelong commitment to each other in front of their families and friends that is recognised in law, but also to the 90% of young people and 75% of cohabiting under-35s who in recent opinion polls have said that they aspire to get married.

Yet surely introducing a recognition of marriage in the tax system, particularly in the modest form suggested, is not to disparage those single parents who find themselves single through no fault of their own, perhaps as a result of having had an abusive or deserting partner.

Nor is it to undermine two hard-working parents, all of whom get help and support from the state in other forms as I have outlined above. But uniquely, married couples, civil partners and from next week same-sex married couples are discriminated against in the tax system.

At the same time the latest ‘Taxation of Families – international comparisons’ publication from the charity CARE produced last week confirmed that the situation for married couples with a non-working parent has worsened again.

The tax burden on one-earner married families in the UK on the OECD average was 45% greater than the OECD average in 2012, up 3% from the 2011 figure. The report revealed that the Effective Marginal Tax Rate faced by UK one-earner families on middle incomes amounted to an astonishing 73%. This crippling rate means that these ‘squeezed middle’ families only saw 27 pence of every £1 earned.

The effect on the so called ‘Squeezed Middle’ is stuff for a separate blog piece but remember that the overlap with the single earner married couples above is considerable. Many such couples are disproportionately feeling the effect of losing child benefit in stark contrast to the double earners on £49,999 each now with extra childcare subsidy.

Those who just retained their child benefit are disproportionately also amongst those who the Chancellor thinks aspire to move up to the 40p income tax rate. In 1988 just 1.35m paid the 40p top rate after it came down from 60p. Next year that figure is forecast to rise to 5m earners.

It is also many of these couples who aspire to get their children to university and as a result are increasingly contributing to the £9,000 worth of tuition fees or associated living costs.

And of course if you happen to be one of the aspiring squeezed middle living in the South-East of England then all of the above rates and allowances are national, completely failing to recognise the higher costs of living down south without the benefits of even a London allowance.

And if you aspire to move to another property vacated by another squeezed middle family then you will be paying a disproportionately higher share of the Chancellor’s golden goose of stamp duty. Over 40% of properties are under the stamp duty threshold we are told but you won’t find many of them in my constituency in Sussex.

So three cheers for what this Government continues to do to plug the gap between the haves and the have nots; two and a half cheers for recognising the high costs of childcare as a major stumbling block for those who want to go out to work but a muted semi-quaver for the modest start at acknowledging that one earner married couples make great sacrifices to save the state the cost of bringing up their own children and they deserve parity of esteem and a level playing field.

Share
Facebook
Twitter
Pinterest
WhatsApp
Previous articlePhilippa Taylor: Christianity is the love that dare not speak its name
Next articleJames Bartholomew: Why do people talk more about ‘poverty’ now that there is so much less of it?