Tim Loughton MP: The whips are treating Tory MPs as their playthings 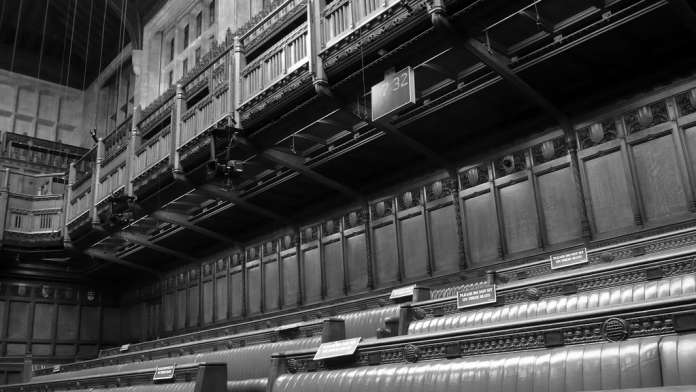 Three weeks ago the Government announced that under an agreement recommended by the UNHCR the UK would take 3000 children at risk from unsafe countries in the Middle East and North Africa and offer them safety, many of whom would be Syrian refugees. In addition we have just sent 75 expert personnel to places like Greece and Italy to help with the processing and welfare of migrants entering Europe; we have seconded asylum experts to the French Interior Ministry to help with the pressures across the Channel; we have so far given £46 million directly to life saving aid and kit for refugees who have made the perilous journey across the Aegean, mostly at the hands of people traffickers; half of our operational border force cutters are currently patrolling Mediterranean waters not British ones. This is, of course, on top of the £2.3 billion investment UK taxpayers have already made in helping displaced Syrians (more than the rest of the EU put together) and many other similar practical measures.

I received precisely one email from a constituent acknowledging the UK Government’s good works. The following week the House of Lords rejected parts of the Immigration Bill and for good measure sent it back to the Commons having added a clause forcing the UK to take 3000 additional child refugees, who were already in relatively safe EU countries. I received scores of emails from indignant constituents ashamed to be British given our ‘woeful’ record on Syrian refugees and urging me to defy the Government and vote in favour of the so-called Dubbs amendment. The comparisons with our role in the Kinder transport come thick and fast despite the simple fact that Jewish children in the 1930s were escaping Germany where their own government were trying to murder them. No one is suggesting any of our EU partners are on a par with that, surely?

As the former Children’s Minister, for whom the welfare of the youngest and most vulnerable has always been my greatest concern, inevitably I would need more convincing than most that we are doing our bit. But the truth is that the UK Government had done the right thing. We had done more than our fair share .Well before the Syrian refugee crisis manifested itself in heart-breaking footage on our television screens, we were helping desperate Syrian families in well run refugee camps and schools close to home and out of the hands of unscrupulous people smugglers. Yet, as far as the usual suspects were concerned, we were the villains of the piece and the Labour Opposition and others didn’t miss a trick in whipping up faux outrage against the Home Secretary and those ‘heartless’ Tories.

I supported the Government’s resistance to the hand wringing by their unelected lordships. Along with most of my Conservative colleagues, we robustly defended our record and were happy to be marched up to the top of the hill by the Immigration Minister. This week we have just been marched down again. The Government have caved in. The UK will now be taking refugees directly from camps in safe EU countries. We have yet to be told exactly why and how. Indeed most Conservative backbenchers had to rely on the press to find out the Government had changed its position and presumably expected us to vote meekly for it. Incidentally, I have so far received just one email from a constituent (a different one) paying tribute to the Government for its new stance. What was a perfectly respectable and sustainable policy has been trashed and the Tories are again automatically demonised as the heartless Tin Man of politics. Once again we have snatched defeat and humiliation from the jaws of victory and common sense.

But there is another side to this which should concern all of us for whom the welfare of children is paramount. We are already struggling to look after a recent record number of children in care from the UK, already in the UK, in addition to those unaccompanied asylum seekers we have already taken and who are disproportionately concentrated in places like Kent. We now have some 70,000 children in care in England and by most accounts we are short of some 10,000 appropriate foster placements. Too many children in need of support from local authorities as corporate parent are not being placed with the most appropriate and suitably resourced form of care. That usually means foster care arrangements break down more easily resulting in the revolving door of placements instability and inevitably children in care continuing to underperform appallingly against their peers.

The increase in the children in care population has already had several knock-on effects, not least the pressure on popular schools where rightly they now have priority admission along with adopted children, but the downside is that siblings of children lucky enough to live with their own parents are often unlucky in getting to the same good school. Many of the children coming from Syria will clearly have been traumatised by their experiences and will need intensive support from mental health services, for example. All this is do-able but there are implications for the many children that our local authorities are already struggling to look after. It is not clear for example that the Government has considered deploying the army of prospective adopters who have come forward since the adoption reforms that I started back in 2010 as Children’s Minister, but who are increasingly frustrated by the self-inflicted drop-off in the numbers of children being placed for adoption that ministers have yet to resolve. It is one thing to say that our doors are now open but I fear the planning to make the policy sustainable is woefully embryonic and that is not in the interests of the children already here and those on their way, who need and deserve to be looked after properly.

This is no way to run a whelk stall, let alone a Government albeit with a slim majority. Government U-turns have become more common than Labour crackdowns on anti-Semitism. Many such as the shambles over forced academisation are entirely self-inflicted and could have been easily avoided with a modicum of consultation with our own backbenchers and supporters. But it is the manner in which they are conducted which has turned frustration on our side into outright exasperation and anger. We are routinely assured there is no alternative; the policy will not be changed; the troops are sent bravely over the top only to told by the lobby correspondents a few days later that the Government has done a U-turn and would we now like to pivot on a sixpence and defend the new policy.

Once upon a time TINA used to mean something. Now it seems she has been relegated to no more than a one night stand. When it comes to forging relationships, I am afraid the Whips Office too often treats its backbenchers with all the seriousness of a dating website. TINA and the rest of us deserve better.