Thy will be done – an Advent prayer 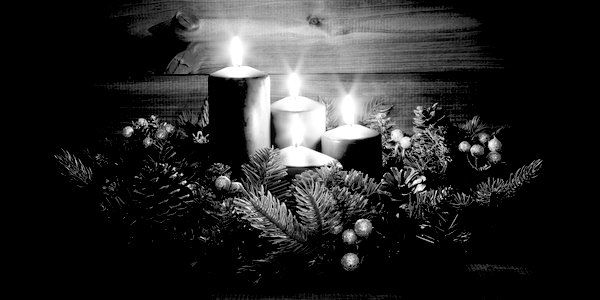 IN THE calendar of the Christian Church, Advent Sunday – today – looks to the return of Jesus Christ to the world ‘in his glorious majesty to judge both the quick and the dead’, as the Book of Common Prayer puts it. It also prepares worshippers for the celebration of Christ’s first coming into the world as a human child ‘in great humility’ at Christmas.

Whoever is appointed Prime Minister after the General Election will not get through the door of 10 Downing Street unless the Lord God Almighty allows him or her to. The new Prime Minister may or may not be the man or woman we would have chosen, and may turn out to be bad for biblical Christianity in Britain. But that person’s election will have been permitted by the almighty God whom the Bible describes as ‘the blessed and only Potentate, the King of kings, and Lord of lords’ (1 Timothy 6v15 – King James Version).

This mysterious biblical reality is one reason why in praying the third petition of the Lord’s Prayer – ‘thy will be done on earth as it is in heaven’ – it is helpful to distinguish between the sovereign will of God, whose future work in the course of human history is known only to himself, and his spiritual and moral will, which he has made known. Ultimately at Advent, when the Lord Jesus Christ returns and the earth will be filled with the knowledge of God as the waters cover the sea, those two aspects of God’s will shall become visibly one.

But when we pray now for God’s will to be done on earth as it is heaven, we are praying that what pleases God spiritually and morally would prevail. His sovereign will cannot but prevail but when we pray that God’s spiritual and moral will, as he has made it known in the Bible, would be done, we are praying for God-pleasing outcomes that are at present resisted by fallen humanity in the world.

For example, the Apostle Paul commanded that Christian people be taught to pray for ‘kings, and for all that are in authority; that we may lead a quiet and peaceable life in all godliness and honesty.For this is good and acceptable in the sight of God our Saviour; Who will have all men to be saved, and to come unto the knowledge of the truth. For there is one God, and one mediator between God and men, the man Christ Jesus;  Who gave himself a ransom for all, to be testified in due time’ (1 Timothy 2v2-6).

It is God’s spiritual and moral will that people should become Christians. It pleases him when people all over the world are saved for eternity when they put their personal faith in the one mediator between him and sinful mankind, Jesus Christ. The practical reality is that the proclamation of that loving message of salvation is enormously aided in the various nations of the world by ordered and stable governments where Christians have freedom to share the true biblical gospel. So, we should pray for such political outcomes against the forces of chaos, disruption and anti-Christianity in a fallen world and pray for the courage to resist tyranny if it captures our nation. Such prayers for God’s spiritual and moral will to be done are pleasing to him.

So, when we pray to our heavenly Father ‘thy will be done on earth as it is in heaven’, we are praying that what pleases God spiritually and morally would happen on earth as it is happening in heaven, in the unseen realm where God’s sovereign will cannot but prevail. We are praying that we as Christian people would live God-pleasing lives pursuing our various daily callings with integrity, self-control and love for lost humanity.

For the world, we are praying that more and more people would become Christians, believers in the Lord Jesus to God’s praise and glory and ultimately when we pray ‘thy will be done on earth as it is heaven’ we are looking forward to the day when the Lord Jesus returns at the end of history and God’s sovereign will and his spiritual and moral will shall become one and the same.

When the Lord Jesus returns to this world, what pleases God spiritually and morally will be done on earth as it is heaven. The darkness of sin and unbelief will be banished for ever. There will be no more evil, no more anti-Christianity, no more natural disasters and devastating diseases. The curse on this world resulting from the Fall of mankind will be lifted when the Lord Jesus returns and the human evil that incurs God’s judgement will be removed from the face of earth.

What a wonderful day that will be. It is described with powerful symbolism by the Apostle John in the book of Revelation: ‘And I saw a new heaven and a new earth: for the first heaven and the first earth were passed away; and there was no more sea (symbolising the forces of chaos in a fallen world).And I John saw the holy city, new Jerusalem (symbolising God’s redeemed people), coming down from God out of heaven, prepared as a bride adorned for her husband.And I heard a great voice out of heaven saying, Behold, the tabernacle of God is with men, and he will dwell with them, and they shall be his people, and God himself shall be with them, and be their God. And God shall wipe away all tears from their eyes; and there shall be no more death, neither sorrow, nor crying, neither shall there be any more pain: for the former things are passed away’ (Revelation 21v1-4).

‘Thy will be done on earth as it is in heaven’ – an Advent prayer certainly and also a prayer important for an impending General Election.