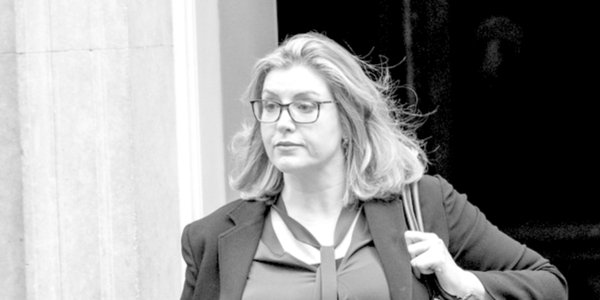 The Number Ten spin machine was operating at full capacity last week. Hard on the heels of Mrs May’s atrocious Withdrawal Deal announcement and in between her non-stop ‘statements’ came a barrage of policy announcements. For example, Chancellor Philip Hammond promised £66million for shared and integrated education in Northern Ireland, the Department of Health trumpeted a deal with the drugs industry to save the NHS £920million and a Home Office plan to curb low-skilled immigration was ‘leaked’.

It reminded me of Tony Blair’s slick media strategy, always one step ahead of the MSM. If it wasn’t Harriet Harman announcing one policy, it was Yvette Cooper ‘rolling out’ another or giving an ‘update’ on said roll-out.

It seems that Robbie Gibb, the former BBC news boss who is Mrs May’s (or Olly Robbins’s?) inspired choice of communications director, has finally got the Tories’ act together on media management. The rule of thumb is that when the going gets tough be well prepared with policy announcements lined up in advance to keep the media busy, supplied with easy copy and their attention deflected from the real story.

Well, in the last few months Mrs May’s ‘comms’ department has kept her and the government on the front foot. Even through the succession of resignations Number Ten has kept the rest of Cabinet – even the Pizza group – on message. There’s been nothing quite like it since Alastair Campbell bullied the Labour Party and Fleet Street into submission. William Hague, Iain Duncan Smith, Michael Howard and even David Cameron, who were all forever on the back foot, must be looking on with open mouths. None ever had the BBC batting for them, and they were lucky to keep the Mail onside. Mrs May has both.

One of the carefully primed announcements for the newspapers’ front pages gave us: ‘Women in low-paid jobs are now the Tories’ top priority’ as the headline, accompanied by suitably glamorous pics of the Equalities Minister, Penny Mordaunt.

Who could fault that? Sick to death with ‘middle-class women’s issues such as the gender pay gap and corporate glass ceiling’, who wouldn’t applaud their downgrading in favour of championing those in low-paid, low-status roles?

Who, and not least on the Labour benches, would not agree that women in poorly paid jobs, with limited qualifications, who care for elderly relatives or disabled children should become Whitehall’s priority?

And ‘Whitehall’ must have been pretty pleased with the reception to their policy ‘roll-out’. It sounded pretty good to us at TCW too. We have been complaining for years that the focus of ‘women’s policy’ has been far too middle-class – failing to reflect what the majority of women really want as David Goodhart explained in this interview.

Family and equality policy has been dominated by one section of adult women in Britain! Yes! Let's look out for the working classes @David_Goodhart @KathyConWom @gimblemusk pic.twitter.com/QliQTLONEA

Sadly a closer look at this eye-catching policy announcement shows little to have changed after all. Far from listening to or understanding Goodhart’s explanation of what women really want – which is to be able put their family and children first, especially when they are young, and work second, Mordaunt has stuck to the narrow vision feminist agenda (inherited from Harriet Harman and Polly Toynbee that has already done so much damage) according to which:

‘around 1.8million women are currently economically inactive because they are caring for their home or family, more than eight times the number of men in that position’.

The message is clear – child rearing, home making and caring for the elderly at home has no economic let alone intrinsic value. The problem is not the price paid by families for the decline of the male provider. No the problem is that mothers don’t work or earn enough to be self supporting (and of their children). So they must be made to.

Ms Mordaunt conveniently omitted to mention that the 1.8million figure cited just happens also to be the number of lone-parent, mainly women-led, families in the country.

Of course helping them get qualifications to make them eligible for jobs or better paid jobs is a good thing, though clearly better if this was achieved at school before they set out on the path of having babies. But it is absurd to think that gaining a few GCSEs or A-levels is the panacea to single parenthood or to the state dependency that goes with it.

The first thing Ms Mordaunt has to do is recognise is that the family works as a unit, otherwise she is just going to be making things worse. Babies and children don’t need their mothers any the less because they poor. That’s why the best approach to helping such low-income families is not forcing mums early into work but to have a fully transferable tax allowance between the two partners as advocated by CARE.

It really is high time these Tory woman stopped fantasising that  ‘economic activity’ bought for the price of a few GCSEs solves the problem of dependency or poverty. It takes two to rear a family. It’s a costly feminist folly to pretend otherwise. So no, Number 10, we are not, I am afraid, taken in.