This has just got a lot bigger than Brexit 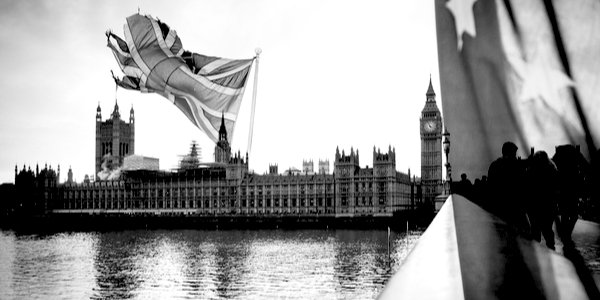 Kathy Gyngell writes: Yesterday we re-published Michael St George’s warning a year ago that the Brexit moment must reconstitute itself. It didn’t but he was right. It’s now just over four months since we published his post-Chequers analysis that ‘This has just got a lot bigger than Brexit’. He was right again. Instead of standing her ‘No deal is better than a bad deal’ ground (claimed as recently as September of this year), by the time of her Mansion House speech in March, Mrs May had calculated correctly that ‘the softest hard Brexit’ position would keep her Cabinet Brexiteers onside. When she sprang her ‘Chequers deal’ on them, Terminator May calculated, rightly again, that it would not result in a challenge to her leadership, but rid her of her pestilent Cabinet Brexiteers. What it revealed, as Michael set out at the time, was: ‘a political class resolutely determined, at almost any price, not to enact the instruction given to it by the British electorate, and that it is led by a Prime Minister prepared to destroy her own party, even democracy itself, to perpetuate Britain’s subservience to the anti-democratic supranational EU.’

How right he has been proved.

A dramatic three days after the virtual imposition, including the use of threats almost comical in their puerile pettiness, by an embattled but stubbornly-authoritarian Theresa May of her Brexit proposals, culminated yesterday afternoon in the resignation of Foreign Secretary Boris Johnson, following those of Brexit Department Secretary David Davis and Minister of State Steve Baker late on Sunday evening.

May has no right to feel aggrieved. First, the Chequers proposals for a negotiating stance, about as far removed from her 2017 manifesto promises and previous negotiating pledges as chalk from cheese, were rightly labelled Remain-By-Any-Other-Name and Brexit-In-Name-Only, and lacerated by multiple commentators for their disingenuousness and lack of ambition, undue deference to Remainer intransigence and Brussels diktats alike, and even downright mendacity.

Foremost among these was a devastating memorandum from Lawyers For Britain’s Martin Howe QC, exposing how, in contrast to the claims advanced implausibly by her sycophantic Remainer colleagues, May’s proposals would lead directly to a worst-of-all-worlds black hole Brexit with Britain stuck permanently as a rule-taking vassal state in the enduring grip of the EU’s legal and regulatory maw.

On the BBC’s Sunday Politics, presenter Sarah Smith extracted an admission from deputy party chairman James Cleverly that, in contrast to what had hitherto been spun, the UK would automatically adopt any new EU rules, despite having no say in devising them, unless a (Remainer-dominated, remember) Parliament decided not to. Hardly the claimed ‘taking back control of our laws’.

Then it all got much worse. It emerged that May had ‘shown’ (or submitted for approval?) her Brexit proposals to German Chancellor Angela Merkel in Berlin even before their disclosure to Cabinet, ignoring every convention of collective Cabinet government. May was duly excoriated both for a grave breach of constitutional protocol, as well as a characteristically appalling lack of judgement.

This was followed by the revelation that her No 10 chief of staff, Gavin Barwell, and her staunchly anti-Brexit, pro-EU, éminence grise Olly Robbins, had seemingly been working on her ultra-soft Brexit plan in secret, not even confiding in the Cabinet, apparently for months.

Fuel was added to the fire both by the unequivocally critical terms of David Davis’s utterly damning resignation letter, in which he said that

‘the inevitable consequence of the proposed policies will be to make the supposed control by Parliament illusory rather than real’ and that the common rule book policy ‘hands control of large swathes of our economy to the EU’, and the blatant lie in May’s reply, that we are ‘ending free movement’. It may be that one type of free movement is being cosmetically ‘ended’, but only to be replaced by a different kind of free movement, and May refuses even to guarantee not to discriminate against non-EU nationals in its application.

Speculation was rife yesterday morning that May would use the opportunity presented by the Davis and Baker resignations to abolish the Brexit department completely, and fold its functions into the Cabinet Office, to be oversighted by none other than Robbins. This truly alarming prospect turned out not, so far at any rate, to be true, but that it was regarded as a strong possibility at all surely speaks volumes.

Soon came the news that May’s chief of staff was to brief Labour, Liberal-Democrat and SNP MPs on her Non-Brexit Brexit plans. Although subsequently shelved, the implication was momentous and clear: the uber-reluctant Brexiteer May was prepared to solicit the votes of the pro-Remain Opposition parties to get her proposals through Parliament, against both her own backbenchers trying to hold her to her manifesto commitments and the votes of 17.4million people.

For what it’s worth, my opinion is that the scaremongering by business of the past week, with Business Secretary and arch-Remainer Greg Clark acting as the willing mouthpiece of pro-Brussels, crony-corporatist big-business, is inextricably linked to this. Who knows what donations have been threatened to be witheld unless Brexit is effectively killed off, or promised if it is?

It’s now abundantly clear that we have a political class resolutely determined, at almost any price, not to enact the instruction given to it by the British electorate, and that it is led by a Prime Minister prepared to destroy her own party, even democracy itself, to perpetuate Britain’s subservience to the anti-democratic supranational EU. Always more Milibandite than even Blairite, May’s mask has finally slipped.

This means that the quasi-constitutional crisis we face is greater than the extant issue. This has just got bigger than Brexit. It’s about nothing less than whether we’re a functioning citizens’ democracy at all, or unwilling subjects of an unaccountable apparatchik-elite pursuing its own agenda.

We just have to win this fight, and in a much wider sense than merely holding a reluctant or even intransigently-defiant government to the referendum verdict it promised to implement, or the manifesto pledge on which it stood for election.

It’s now about so much more than Brexit. We can’t afford to lose. Because if we do, a triumphalist and overwhelmingly Remainer Left-‘liberal’ elite oligarchy, who dominate Britain’s political, media, academic and cultural classes and thus control virtually every institution of public life, are likely to try to wreak a terrible revenge on the ordinary people of this country.

We saw a taste of it in their furious reaction to the Referendum result, about which I’ve previously written at TCW. I suspect it would intensify. So nearly deprived of one of the main anchors of their entire worldview, and moreover by what they contemptuously regard as a backward, racist, xenophobic, unsophisticated, uneducated, politically-illegitimate rabble, they would probably redouble their efforts to foist EU rules, uncontrolled mass immigration, progressive loss of civil liberties, multiculturalism and divisive identity-politics on us for having had the temerity to rebel.

I recall tweeting just after the 2016 EU Referendum that the ‘liberal’ elite oligarchy would not give up its power back to the demos without a fight, and that we might well have to take to the streets to achieve it, preferably non-violently, however repugnant the prospect.

But we may have no choice. To quote Thomas Paine: ‘If there must be trouble, let it be in my day, that my child may have peace.’