NewsPaperthe art of publishing
Home News This film is not art, it’s another crime against James Bulger’s parents
0

This film is not art, it’s another crime against James Bulger’s parents 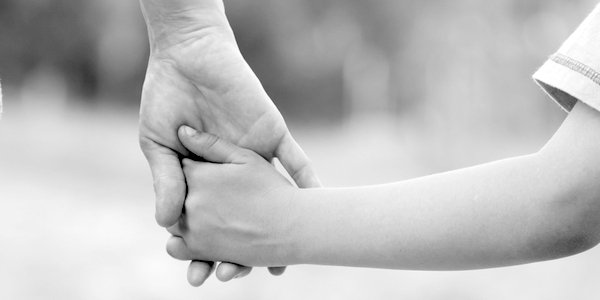 IN 2006 Granada Television broadcast a two-part serial called See No Evil: The Moors Murders. Written by Neil McKay and the winner of a BAFTA for Best Drama Serial in 2007, it told the story of the notorious child killings from the point of view of Myra Hindley’s sister and brother-in-law, and was based on several years of research. Crucially, it was made with the full backing of the families of the children and teenagers who were the victims of Hindley and Ian Brady.

Another child killing that convulsed the nation three decades later has now also been made into a film. It concerns the murder in Bootle shopping centre in 1993 of two-year-old James Bulger by a couple of ten-year-old boys. This one’s a whole different proposition, however. An Irishman called Vincent Lambe, of whom most people won’t have heard, has written and produced a film called Detainment, apparently based on interview transcripts and tapes. It has a cast of four, including children playing the young killers Robert Thompson and Jon Venables, and it’s 30 minutes long.

So basically pretty cheap to make. Cheap on at least three levels: writing effort, casting and production. The cheapest trick of all, of course, was to get it cranked out and nominated for the Best Live Action Short Film gong at the upcoming 91st Academy Awards in Tinseltown without any contact having been made with the Bulger family. It doesn’t take much working out, does it? Sneaky Lambe correctly predicted that James Bulger’s parents, Denise Fergus and Ralph Bulger, wouldn’t want to co-operate with, wouldn’t want to give their blessing to, wouldn’t ‘be comfortable with’, a film which ‘humanises’ Thompson and Venables and seeks to ‘offer more of an understanding as to how these two ten-year-old boys could have committed such a horrific crime’.

This week Denise Fergus spoke of being ‘disgusted’ that a film about the boys who killed her son a quarter of a century ago has been shortlisted for an Oscar. Ralph Bulger’s anger is plain in his words that Hollywood ‘should hang its head in shame’. The movers and shakers in LA clearly felt, though, that any distress for James Bulger’s mother and father was something that they could certainly live with; they have likewise ignored a 90,000-name petition asking for the film to be removed from the shortlist. It certainly says something about the industry, doesn’t it? Michael D Higgins, President of Ireland, is similarly unconcerned about the reliving of trauma for the Bulger parents, jumping on the social media bandwagon and tweeting his congratulations to the filmmakers in his appreciation of ‘Irish creativity’.

An apology of sorts has now been issued by Lambe. He says he is ‘extremely sorry for any upset the film may have caused them . . . I am sorry I didn’t make Mrs Fergus aware of the film’. This is disingenuous and lame. It is inconceivable that Lambe and his collaborators did not realise that this project would add to the continuing pain of the Bulger parents. Nor is it enough to make the defence that ‘the film was not made for financial gain and nobody involved in the making of the film intends to profit from it’. Really? What about the profit from career enhancement, getting his name out where he wants it?

The exploration of evil is of course proper territory for storytellers. Where would literature be without it? Getting inside the minds of the malign, looking for motive, trying to understand, can be fertile ground for writers, whether their work is destined for the screen or the pages of a novel. Writer Blake Morrison attended the 1993 trial in Preston of Thompson and Venables and his 1997 book As If, a stylistically arresting blend of journalism and autobiography, for all the controversy and protest it stirred up, was not in any sense entertainment. It was far too honest and uncomfortable for that. Ultimately, however, Morrison was frustrated in his quest to find out why a child would kill another child, because as he observed in 2003 (a few years after the killers’ release at the age of 20), ‘the law isn’t there to tell us why. The CPS needed its conviction’. He ended his article by reflecting upon the `imponderable’ and nature versus nurture, but urging that when it comes to trying children in adult courts it is ‘time to grow up’ and `Evil won’t do’. Seven years later, in 2010, and then again in 2017, Venables (or whatever name he is going under) was even more grown up but unfortunately was still so much of a wrong ’un that he was back in prison for child pornography offences.

The BBC journalist Winifred Robinson, who grew up in Liverpool, was also present at the harrowing 1993 trial and has written about the devastating impact on the Bulger family. In 2001, when Ralph Bulger had just lost a court bid to block the release of Thompson and Venables, she wrote that eight years on from the crime it was too early to free them. She set out in appalling and chilling detail what the boys did as a refutation of any idea that it was a childhood game gone wrong. She took issue with what she terms ‘a myth’ that it was neglect and cruelty that led the boys to their heinous crime. Six months investigating their lives for a BBC documentary apparently brought up ‘nothing in their home lives to explain what they did’. Her conclusion was that it `is a combination of what we are born with and how we are raised that makes us what we are’ and that ‘Thompson and Venables were both by nature warped’. She was right to be sceptical that psychiatrists had `sorted all their problems out’.

It doesn’t take much to understand that the nightmare for James Bulger’s parents is without end. Down the years they have had much to put up with, including, according to press reports, Venables offering his view that it was James’s mother’s fault that her son was killed ‘for leaving him on his own’. A Channel 5 documentary last year made known Thompson’s claim (in a Parole Board statement in 2001) that murdering James had given him a `better life’. One can see how they feel the killers have been rewarded rather than punished for the crime. ‘The message here is horrific – kill a child and you will get a privileged and cosy life in return,’ says Ralph Bulger.

People do evil things because they can. They choose to. They want to. Sometimes, very rarely, the people who do these things are children. There is no more an answer to the Venables/Thompson evil acts than there is to the Hindley/Brady ones. It is not good enough to try to justify a cheap, easy little film on the grounds that the children need `humanising’. Anything that adds to the ongoing agony for James Bulger’s parents is, to use that modern understatement, not okay. If it’s going to add to their misery, why not leave it alone? Is that too much to ask? If Hollywood has any moral core whatsoever, it’ll see that the film gets pulled from that Oscars shortlist pronto. If it doesn’t, then maybe the big-name nominees will boycott the red carpet and the gongs out of respect for two parents whose little boy long ago, and in a very different world, was abducted and tortured to death in 1993.