NewsPaperthe art of publishing
Home News They fought and died for freedom – and it was not in...
0 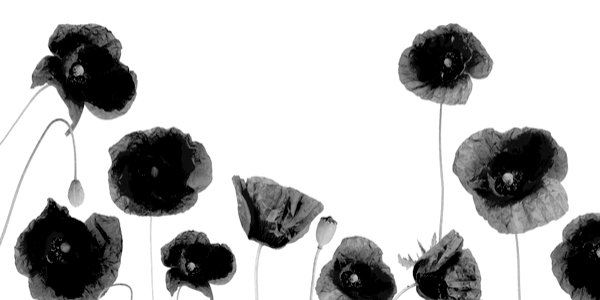 We are now at the centenary of the Great War’s end. Many will be asking what the war was for, what did it achieve, was it worth the immense, almost unimaginable cost in lives and suffering? These are questions we should pose whenever we ask others to die on our behalf. It would be deeply callous not to.

But the answers we have been given have too often come from revisionists who have spent decades sniping at the record of our war effort and the values and beliefs our soldiers held. Much of our teaching about the war and its portrayal in popular culture has been too narrowly focused. Many people today have no idea of what the war was about or of the huge scale of the achievements of the men who fought on this country’s behalf.

When thinking of the dreadful losses and the war’s aftermath – the collapse of much of Europe, the disastrous Russian Revolution and ultimately the Second World War – it’s easy to believe it was all pointless. There’s a common view it was no more than a competition between rival imperialisms carving up the world in grubby self-interest, uncaring of the cost. And that the war was prolonged by the cynicism and stupidity of our political and military elites, criminally indifferent to the bloodshed and suffering.

It’s true that, as in any vast human undertaking, there were blunders, sometimes horrible, in the war’s prosecution. Some commanders were incompetent and our tactics and methods evolved slowly and painfully. I cannot imagine how a man carrying up to 60lb on his back, plus a rifle, can be expected to walk over muddy broken ground towards machine-gun fire.

Sadly, many, including most of my generation schooled in the 1970s and 80s, were taught only the revisionist version of the war. We learnt about the mass casualties, the ghastly conditions of trench life and the misdirection of our armies by heartless and witless senior officers. Generals were comfortably accommodated in French chateaux, away from the sound of the guns, while their men lived on bully beef and slept in frozen dug-outs surrounded by rats, filth and constant danger.

We were taught about our defeats and costly stalemates such as Passchendaele or Gallipoli; that the sacrifices had achieved nothing. As if we had not eventually, together with our allies, won the war and decisively beaten the German army in battle.

I remember being taught the anti-war poems and (this was about 1980) the school’s one television set in its wooden cabinet being wheeled out to show us a video cassette of the ‘satirical’ musical film Oh! What a Lovely War, mocking the patriotism and motivations of the men who went to fight. Interestingly, the BBC considers the film was key in shifting public opinion towards a wholly negative view of what we were fighting for.

Many people simply don’t know that the war effort had widespread support from the public and the soldiers themselves right to the end. Our men believed theirs was a just cause.

Although Britain suffered from war weariness, at times severe, neither civilian nor military spirits ever broke. Given the hell our soldiers endured, it’s remarkable how high military morale stayed.

This is shown by the standard of discipline the Army maintained. Statistically, whatever the white-poppy brigade might think, the numbers of desertions, punishments for cowardice or incidents of mutinous disorder were negligible.

Whatever the war’s causes and the tangled politics and diplomacy surrounding its start, Britain and France saw themselves as fighting a defensive war to stop the Central Powers establishing hegemony over Europe. If you exclude the knowledge in hindsight of the horrible problems that Versailles and the messy peace created, you can understand that our soldiers felt an Allied victory was the best guarantee for a peaceful and just Europe.

Had Germany won, it is certain it would have annexed and Germanised substantial territories, both to its west and east, crushing and dominating its neighbours. Vast amounts of wealth and productive power would have been sucked out to enrich Kaiser Wilhelm’s Second Reich.

Doubtless too, Germany would have expanded its old African and Pacific empire, demanding the transfer of British and French colonies. All the European empires had their brutalities, but Germany excelled at treating its colonial subjects harshly. According to one German East African colonial governor, General Von Liebert, ‘it was impossible to get on in Africa without cruelty’. German imperialism could certainly be savage. The sjambok, a rhino-hide whip, was the routine method of disciplining natives. Not corporal punishment but torture. It was a blessing to humanity that the war’s outcome abolished Germany’s pre-war empire.

Our soldiers knew they were fighting an aggressive, expansionist enemy which needed to be stopped. An enemy with barbarous methods including the first wartime use of poison gas, submarine warfare against civilian ships and the aerial bombing of undefended cities. And although allied propaganda exaggerated German atrocities, not all of our claims were false. In Belgium, thousands of civilians were murdered; rape and looting were common. Quite apart from the fact that the invasion of a small neutral country was an atrocity in its own right.

In standing up to German aggression, our soldiers were fighting for something worthwhile. As were those who joined us from the overseas dominions: the New Zealanders, Australians, Canadians and others. Some were conscripts, but huge numbers weren’t. The Indian sub-continent gave us more than a million men, every last one a volunteer.

It’s right to recognise the costs of war, to acknowledge the suffering and mourn the dead, whatever their uniform. We can agree that war is beyond awful. But we should not, as some have, try to claim that the efforts of our soldiers were futile or that they fought for nothing.

It’s not triumphalism or a glorification of war to say that however dreadful the war was, whatever mistakes or horrors were experienced, our men were fighting for justice and a better world.