NewsPaperthe art of publishing
Home Kathy Gyngell The witch hunt is on for Cummings. Well, he lit the torch
0

The witch hunt is on for Cummings. Well, he lit the torch 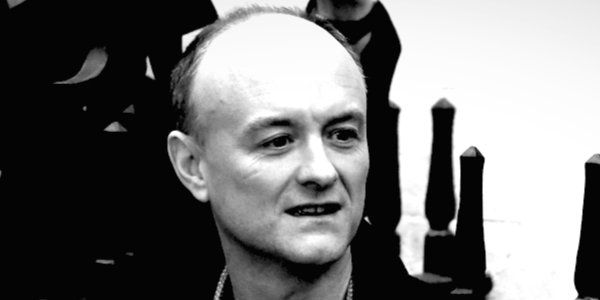 THE heat’s off Neil Ferguson. If no one else is grateful to Dominic Cummings for driving to Durham – and various other trips the assiduous are digging out – he must be.

Yes, the witch hunt is on. Just look at Pier Morgan’s Twitter feed, if you can bear it.

I’m afraid that good-hearted Tories – and others – leaping to Dominic Cummings’s defence since the revelation that he drove 264 miles from his home in London to entrust his four-year-old son to the care of his family in Durham, don’t have a leg to stand on.

Julia Hartley-Brewer was not alone in being incandescent at his hypocrisy (warning: bad language)

and she is sticking to her guns.

The Twittersphere went mad, the outrage pretty much summed up in the accusation ‘one rule for them and one for us’. Piers Morgan, inter alia, threatened to get in his car and drive 300 miles to his parents if Cummings didn’t resign. He has not let up since.

The papers as well tweeters have been quick to report ‘harder luck’ stories than Cummings’s. Virtuous leftie lockdown-lovers, of course, had a field day. The newly formed Revolutionary Lockdown Council have already handed down judgment. Tulip Siddiq MP, the vice chair of the Labour party, said: ‘The Prime Minister’s chief adviser appears to have breached the lockdown rules. The Government’s guidance was very clear: stay at home and no non-essential travel. The British people do not expect there to be one rule for them and another rule for Dominic Cummings. Number 10 needs to provide a very swift explanation for his actions.’ The acting leader of the Liberal Democrats, Ed Davey, said: ‘If Dominic Cummings has broken the lockdown guidelines he will have to resign. It’s as simple as that.’ Ian Blackford, the Scottish National party’s Westminster leader, said: ‘Dominic Cummings’s position is completely untenable – he must resign or be sacked.’

The papers are following suit, as they would in this new authoritarian era described by Peter Hitchens.

You only have to read that police ‘explained to the family the guidelines around self-isolation’ and reiterated ‘the appropriate advice around essential travel’ to understand the authoritarian floodgates that Cummings’s government have opened.

Cummings may well have had a ‘reasonable excuse’ to be outside his home. And on compassionate grounds he should not be judged, as Sir John Redwood, Toby Young and David Goodhart plead. But aren’t they terrified that the grounds of ‘a reasonable excuse’ are to be judged by the police? Guidelines issued by the College of Policing list ‘providing support to vulnerable people’, accompanied by the following guidance: ‘Social visits are not generally a good reason to leave home. However, there may be exceptional circumstances for a person to visit another.’

The truth is that thousands of people could interpret this as their reason for breakdown lockdown and just pray that the police would be as sympathetic to them as they chose to be in the case of this particular celebrity.

That’s why I am not up for defending Cummings on a technicality! His actions may be reasonable but they also demonstrated that lockdown isn’t. Cummings, for better or worse, is one of the tin-eared architects of this policy. He has not disclaimed it. He has not resigned over it. He cannot have it both ways.

If I were him I would find my position untenable. He should fess up that lockdown is inhumane and was a mistake. Witness those benighted vulnerable souls locked down in care homes who are now dead. No one knows how they died; they had no Dominic Cummings to come to their aid. Perhaps Cummings can use his considerable influence to end lockdown now before it does any more terrible damage. Whichever way he has to resign.

Yes, it’s a witch hunt. But Dominic Cummings is no Sir Tim Hunt. He is the next head to roll under the ludicrous system he’s been party to.

It was the government he works for who lit the torches of this witch hunt and put them into the hands of the Leftie mob they have tried to appease for so long.

We hope he enjoys it, and that he felt comfortable as Grant Shapps was annihilated on his behalf on this morning’s Andrew Marr Show.