The view from the stage at a Brexit Party rally 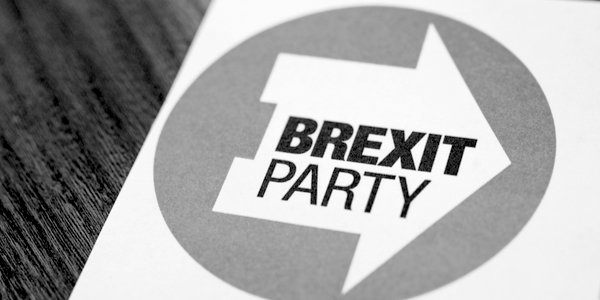 WHAT it was like speaking at a Brexit Party rally for the first time as a prospective Parliamentary candidate? Quite something.

On Monday evening Nigel Farage and Richard Tice brought the Brexit Party Rally to Camborne in Cornwall, joined by South West Brexit Party PPCs and MEPs. We were greeted by more than a thousand citizens filling the huge sports hall at Cran Brea Leisure Centre, with not a seat to spare. 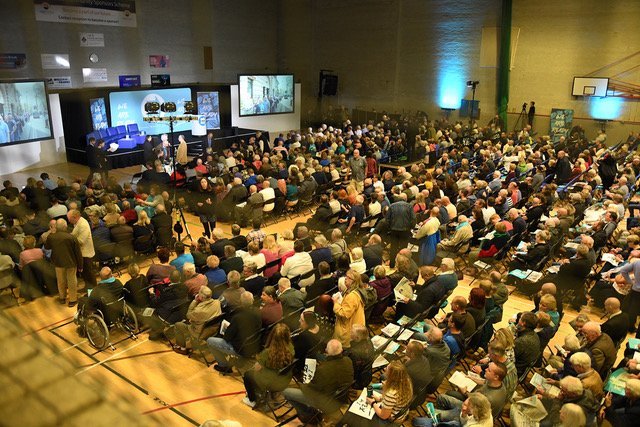 This rally was my first time on stage as a speaker for the Brexit Party. Meeting the other speakers, PPCs and team beforehand, there was great camaraderie – a handy tonic for the inevitable flutter of apprehension. My fellow speakers were Richard Tice, Ann Widdecombe, Christina Jordan, Robert de Vito Boutin and Nigel Farage.

As Richard Tice launched the rally, I stood at the back of the hall watching the stage over a sea of people, acutely aware I’d soon be up there delivering my speech. While I’ve given regular talks about my books and Exmoor ponies, this was a political speech which would also be live-streamed on Twitter and Facebook. Walking to the stage, I caught the encouraging expressions in the audience and it brought home to me that all these people had come to this Brexit Party event because they passionately believe that the United Kingdom should be leaving the EU, and they’re angry, worried and frustrated that Brexit still hasn’t been delivered. Like so many millions of other Brits, they just want to get on with it.

As I turned to face the audience, I could feel the energy of the crowd – better described as the Great British Spirit. The strength of feeling was tangible. Why would anyone ever doubt the United Kingdom’s ability to succeed as a sovereign, independent, globally outward-looking nation in control of our own governance, laws, borders, defences, trading and future? If they do – they don’t understand the British people like these. It made me smile.

So I delivered my speech and, a couple of hesitations aside, it went OK. But as I began to speak, the scale what I was representing hit home. Yes, our people are being treated with outrageous disdain by various politicians and even parties. There is absolutely no justification for insulting the colour, income, geographical location and livelihoods of constituents, or making comparisons to the despicable Nazis simply because they chose to exercise their democratic right to vote to leave the EU.

Coming to the fundamental issues of farming, animal welfare and food security, it once again hit home, looking out across the crowd, how critical it is to get farming protection, tariffs and support right. Millions upon millions of people look to the Government to guarantee food sustainability for the nation. I glanced down at my notes and experienced The Speech Gremlin, who sat there grinning at me in place of the text saying ‘Hey, you want to read this, don’t you, but I’ve eaten the words!’ A couple of seconds passed before it was banished to the depths of the podium and my prompts returned to view, allowing me to continue.

I’d learned my speech, I didn’t actually need the notes, but in this first speech they were a crutch. Now that I’ve broken the ice of speaking to a large audience I must find the confidence in myself to trust that I can say those words without having to glance at the notes!

A huge thank you to the brilliant audience for seeing me through it with enthusiasm and support – I very much appreciated the positive feedback afterwards.

It goes without saying that all the other speakers were excellent, and you can watch the rally. Once again, as at all of the Brexit Party rallies, we experienced anger and despair transforming into hope. This is incredibly powerful. People coming together from across the political, racial and social spectrums, united in their belief in our country and our democracy.

There’s been some tedious doom and gloom spread about Brexit recently, as the bad sports who won’t accept that they lost our national referendum continue to propagate ‘Project Fear’ and to try to ‘stop Brexit’, so it was immensely heartening to be part of the team delivering that strong message of hope and opportunity on the stage at Camborne.

It’s not about right and left, it’s about right and wrong. And we’re on the side of right with the British people watching as our treacherous political class wriggle and squirm this way and that, betraying their elected mandates and trying not to deliver Brexit. It’s time for us to challenge that behaviour and reform British politics.

There is so much potential for our country once we properly detach ourselves from the EU. With the right approach, the right politicians, the right teams of talented, capable, resilient people to grasp these opportunities, a very bright future awaits the United Kingdom and its people. We must all keep meeting, talking and get Brexit – and I mean Brexit – done, and together change politics for good.