The very model of a muddle 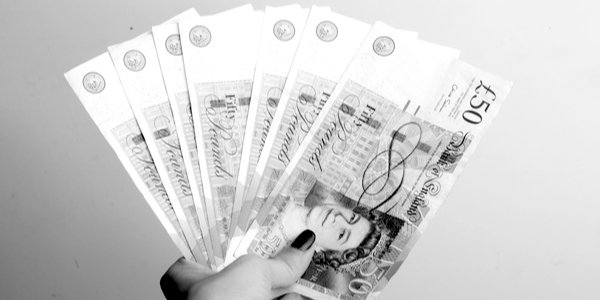 A RECENT book called Radical Uncertainty by Mervyn King (former Governor of the Bank of England) and John Kay (a top economist) lambasts the misuse of economic and other probability-based  models designed to manage risk (where the range of outcomes and their likelihood can be sensibly estimated) to quantify uncertainty (where the range of outcomes is unbounded and their likelihoods uncertain). It is excellent and I thoroughly recommend it.

The book has identified the ‘Viniar Event’, in honour of the hapless chief financial officer of Goldman Sachs who, on 13 August 2007 (at the beginning of the financial crisis) stated that ‘We were seeing things that were 25 standard deviation moves several days in a row.’  As the authors point out, with a degree in economics from Union College and the inevitable MBA from Harvard, David Viniar was no fool – which is presumably why he was hired as CFO of what was then (by its own admission) one of the world’s most elite investment banks.

Yet he (and the rest of his trade – every investor used similar models) continued to believe them. We’re still paying for that.

This is worth remembering as we get into the data analysis phase of the Covid-19 pandemic, when the Prime Minister will have to balance the risks of easing or lifting the lockdown with the economic costs. As we have little data (if we performed 10,000 tests a day the UK population would be sampled by 2028 – assuming of course that everyone was sampled just once), we are going to be at the mercy of models again, the limitations of which were discussed by Andrew Cadman in TCW here. The early forecasts coming from Imperial College London ranged from fewer than 20,000 coronavirus deaths to more than 500,000; that’s a spread of an order of magnitude (and change) which probably indicates that the model has problems.

We can’t be sure that the data is correct, as TCW’s Will Jones has pointed out here and here, and as Paul Wood wrote yesterday. There is a crucial difference between dying because of Covid-19 and dying with Covid-19, as Dr John Lee, a former professor of pathology and NHS pathologist, made clear in the Spectator.) It seems these two numbers are being conflated in the UK and Italy.

But even if the Imperial model’s 500,000 forecast is correct, that is a death toll of about 0.8 per cent of the population, compared with the flu average of 0.1 per cent. At 25,000 deaths (many of which would have happened anyway), in mortality terms coronavirus is a rounding error.

If the data on the health side requires refinement, it’s probably no better on the Treasury side.

The Treasury model is the government’s prime high level economic model, and jolly good it is too. But like the Goldman Sachs model, it’s just a model; it contains simplifications, assumptions and probabilistic modelling. Its output is in terms of impact on the UK’s GDP. Whether it has the granularity to predict the Rolls-Royce cash crisis caused by the grounding of commercial aviation I don’t know, although I’m certain it didn’t predict the impact on my local pub. How long it, and the other six million small and medium-sized enterprises (SMEs) in the UK can last, even with government support, is an open question.

Large models tend to obscure social costs. The social impact of SME insolvency is severe; destitution destroys households. It is also likely that the collapse of one SME will lead to the collapse of others to which it owes money.

The Prime Minister and his cabinet will shortly be faced with a choice: extend the lockdown or restart the economy. Johnson is unlikely to have clear data, so ultimately it is his judgment call.  From where I sit (in an at-risk group) I reckon the country can better survive a putative 500,000 coronavirus deaths (many of whom would have died anyway) than the accelerating collapse of its domestic economy.