The truth about the EU’s free movement obsession 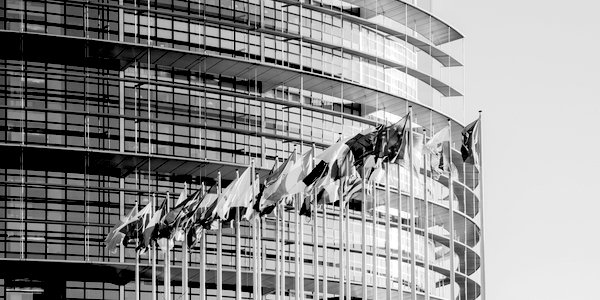 Of course the main aim of the EU has never been free trade and prosperity but the imperial ambition of a single ‘country called Europe’. In such an end state the more upheaval and movement of national populations, the less homogeneous the states, the less valid their governments, the better it is for the credibility of the conquering Superstate.

If von der Leyen had been honest about EU aims she would have said: ‘We will not let you trade freely with us, with free movement of capital to our mutual advantage and free trade in goods and services unless you remove your borders and let free movement bring about the end of the nation states and their peoples and create the single people of a United States of Europe.’

Imagine her saying that to over a billion Chinese in her trade negotiations with that country. Of course ironically it is only China which demands similar kow-towing from trade partners who are bound by regulation and find they lose their technologies to Chinese ‘partners’. No one else does. China is a totalitarian state. The EU daily proves it has much in common with China.

When the Eastern European countries escaped the clutches of the Soviet Union the EU would not trade freely with them as nation states. They demanded complete economic and constitutional subservience to the EU and its regulations as the cost of trade. Now that the UK is leaving they are taking the same arrogant, imperialist stance.

As I pointed out in detail in the introduction to and articles on the Freenations website, the essence of democracy is the cohesion of a population – homogeneous enough to allow majorities to win elections without minorities rejecting the Government and the nation itself.

Those individual nation states cannot exist as democracies nor can they achieve prosperity from trade if their elected governments are compromised by foreign power, their economies restricted by bureaucratic control and their populations either drained to other states or taken over by mass immigrations.

At a London cocktail party some 27 years ago I explained to the then Foreign Secretary Douglas Hurd that the greatest advantage of free trade and the movement of capital across borders was to stop the culturally alienating, nation-compromising and wasteful forced movement of people.

Hurd replied: ‘I had not thought of it like that’, and in that he certainly personified the confusion of the entire British political class in their dealings with the European Union over the last 47 years.

The litmus test for David Cameron’s euro-federalism was his fatuous statement in the German equivalent of the Sun newspaper: ‘Like Germany, Britain believes in the principle of free movement of workers.’ That was bad enough but that is not what the EU stood for. They insisted on the free movement of people – whether they had a job or not – just as they might move within any nation state.

The deliberate and ruthless pursuit of this policy is personified by the former EU Commissioner and former head of the Global Forum on Migration and Development, the late Sir Peter Sutherland: ‘We still nurse a sense of our national homogeneity, and that’s precisely what the European Union should be doing its best to undermine.’

THE SELF-DEFEATING DISASTER OF FREE MOVEMENT

The result of decades of this EU manipulation of national populations is that ten member states saw falling populations in 2018, with the biggest declines recorded in Latvia, Bulgaria, Croatia, Romania, Lithuania, Italy, Greece and Portugal, according to Eurostat. Whole towns and villages in Eastern Europe have been devastated as their young flee to Western Europe and the UK. Although the EU as a whole saw a small rise in population, that was all due to mass immigration from the Middle East and Africa. EU states are nevertheless at the top of the list for population declines by 2050, according to the UN. This is one of the many reasons why Europe will see pathetic economic growth over future decades (and therefore the UK will benefit from non-EU trade).

The result is that poorer countries (in and without the EU) are denuded of their skilled workers and made dependent on the rich states and their rapacious corporate powers. The rich countries are burdened for generations with millions of economic refugees who unsettle their host countries by demographic growth, alien languages, cultures and religions.

This reverse colonisation is far more powerful than any European imperialism of the 19th century, and made easier in democracies by the power of large immigrant minorities to wield the ‘swing vote’ against the majority.

THE EFFECT ON BRITISH PRODUCTIVITY AND WEALTH

Far fewer workers in Britain have technical and vocational qualifications than in our major competitors and it has worsened since Blair opened our borders first to more non-EU labour, then all East Europeans because it is far easier for corporations to recruit from abroad than to train young Britons – not least because if they are no longer required they are able to ‘go home’.

The former Trade Secretary Peter Lilley showed on this site that as Blair’s flood of immigrants arrived, training time per worker halved between 1997 and 2012. And in the six years after allowing in East Europeans, business funding for training fell 15 per cent.

Lilley admits the need for the import of company specific skills trainers by major corporations investing in Britain, and Nissan was an exemplary investor in Sunderland: ‘For example, Japanese car companies sent managers and technicians to introduce just-in-time supply systems, Kaizen management and quality circles. They transferred their expertise to local staff (before returning to Japan so there was no net immigration). Subsequently those skills spread through British industry.’

There were no skilled car workers in Sunderland but Nissan located there (not Eastern Europe, nor with the intention of recruiting Poles and Lithuanians). So, as Lilley recalls: ‘They trained local people and now Nissan’s 7,000 British employees are among the most productive car workers in the world. Had the doctrine of the CBI and co prevailed there would be 7,000 East Europeans in that plant and those Geordies would be flipping hamburgers.’

THE SHORTAGE OF LABOUR MYTH

Absent mass immigration there would be no shortage of labour in the UK. There are definitely shortages of skills and geographic pockets of unemployment, and the welfare system is not geared to encouraging the long-term unemployed to move to jobs where they are available. In addition employers such as the NHS are so incompetent that they cannot retain staff and so seek foreign workers – but each of them can bring a family, thus increasing the burden on the health service (the young need maternity services and the old need nursing care).

In addition there is very poor productivity in the UK, especially the state sector, where thousands are under-employed and could fill vacancies elsewhere. So all those problems are solvable. And as Lilley pointed out two years ago: ‘Blair claimed that we needed more immigrants to fill 600,000 vacancies. Four million immigrants later there are still over 700,000 vacancies.’

So when the UK leaves the EU this month we can begin to repair the damage that the imperialist, corporatist, mass unemployment, socially degrading, culturally alienating superstate has done to the UK. The rest of Europe will have to learn by our example.

It will not be a moment too soon. Many more years of the von der Leyen free movement, total integration project would have made national recovery impossible (either democratically because of mass migration or economically because of terminally distorted trade and industrial loss).

The 31st of January must be celebrated indeed.

This article first appeared in Freenations on January 10, 2020, and is republished by kind permission.

Rodney Atkinson
Rodney Atkinson is an entrepreneur and political economist who is the author of some 500 articles and policy papers. His Freenations website is 23 years old. His latest book is . And into the Fire is available on Amazon.