The tribute that the brilliant Norman Stone deserves 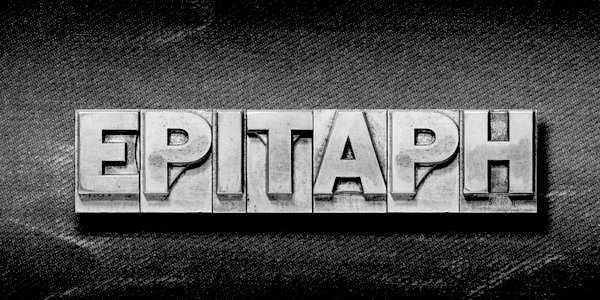 THE historian Norman Stone died on June 19 at the age of 78. The obituaries have now been written, and our liberal intellectual elite have been squaring accounts with him and exacting retribution.

I have chosen here to highlight the Guardian’s obituary on Stone because it is illustrative of how, these days, even intelligent minds, especially within universities, often close when having to confront ‘truths’ that do not fit with their own prejudices.

Stone, a former Professor of Modern History at Oxford, ticked all the boxes of political incorrectness and moral inferiority. In a spirit typical of a vengeful and spiteful ‘intelligentsia’, and without a hint of irony, the deceased is accused of outdoing anyone else on the Right for ‘malice and rudeness’.

The Guardian obituary spells this out in unequivocal terms by quoting, without a context, Stone’s comments on:

Expressions of sanctimonious and self-righteous anger amongst many of our university dons cannot, of course, entirely ignore Stone’s intellect. He was ‘undoubtedly clever’, the Guardian obituary admits, but only in the context of ‘character flaws’. These boiled down to his love of alcohol and, even worse, and above all else, his role as one-time adviser-cum-confidant to Margaret Thatcher. His more recent support for the Turkish government’s stance on the fate of its once substantial Armenian population and Hungary’s clampdown on unrestricted immigration have also been used to condemn him.

The Guardian’s obituary goes on to warn readers that ‘any serious member of the [history] profession’ will tell you that Stone was never a ‘leading historian’. I happen to know from personal experience that this is not true. Stone, after all, was a winner of the Wolfson History Prize – the historians’ Olympic gold. So why the release of this venom now that he has has died?

It turns out, unsurprisingly, that the Guardian had commissioned another leading historian, Sir Richard Evans, to write the obituary and to deliver the verdict on Stone. I crossed swords with Evans on the BBC’s Moral Maze programme some years ago. We were debating the merits or otherwise of the national curriculum for history in our schools. Evans lined himself up firmly on the side of those within the teaching profession who had been accused by education secretary Michael Gove of ‘trashing our past’.

Evans is an outstanding historian but I was astonished by his lack of understanding of what goes on in the classroom. He appeared to be completely taken in by those who have presided over and promoted the collapse of historical knowledge amongst schoolchildren. Small wonder he seemed to be a bag of nerves before he went on air. This was scarcely his territory. Still, the educational establishment, the Blob, had little difficulty in trouncing Gove and ensuring that the new national curriculum for history makes the teaching of any specific event and/or personality from British history ‘non-statutory’.

Does Evans ever ask himself how he could have got it all so wrong? It’s Jack the Ripper who is Top of the Pops in history lessons these days, Richard! And whilst, once upon a time, you were splitting hairs over German plebiscites and the like, Norman Stone was one of the few historians who spotted what was going on schools and, what is more, he put his head above the parapet in trying to do something about it.

He chose to put himself on a platform with me at Ruskin College, Oxford, in the late 1980s and debate school history in front of an audience of hostile and mostly Left-wing teachers. Faced with calls for the content of school history learning to be determined by race, gender and diversity, I recall Norman Stone being truly shocked. ‘Tell me, what is the racial dimension to the story of Magna Carta?’ he enquired of his audience before being hissed and booed. After all this, he suggested we needed a drink. He was right.

A colleague, Dr Anthony Freeman, and I were subsequently forced out of state school teaching in East Sussex. Norman Stone and a few other historians, but not Richard Evans, understood what was going on. East Sussex had become more like East Germany and it was described as such in Parliament. There was, in future, to be only a Blob-approved version of history in our schools.

Not only was Norman Stone a great historian, he also had guts. As he demonstrated at Ruskin College, he was prepared to stand up against fashionable orthodoxies without fear or favour. He was not alone but he was exceptional. Another Oxford don, the late Raphael Samuel, was the most Left of all Left-wingers at the time but he, too, saw how in those early days of the curriculum revolution in schools debate was being stifled and suppressed. He dedicated a series of lectures to myself and to my history teaching colleagues at Lewes Priory Comprehensive School in East Sussex. Many of of our views were out of tune with his but knew how important it was to have open and free debate.

So, yes, there are some decent people, however few, right across the political and educational spectrum. Norman Stone was one of them and it is outrageous that so many of our intellectual elite can find little but fault, flaws and failure in his life.

‘Of all the “media dons” who flourished in the 1980s, Norman was the most wickedly clever, and the academic Left hated him as much for the cleverness as for the wickedness. But Norman exulted in its disapproval. He once told me, “I wear my enemies like medals”. And that is how I shall always remember him: Guinness in one hand, Nietzsche in the other, cigarette balanced on lower lip – and the heads of Oxford’s dullest dons dangling from ribbons on his barrel chest.’

Not a bad epitaph!

Norman Stone is a very great loss. How terribly sad that, in his hour of passing, any generosity of spirit is so lacking amongst so many in our universities.