The toppling of Theresa: Day 32 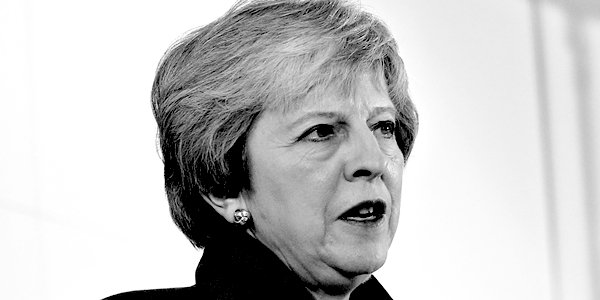 IN A phrase he nailed it, and stole the headlines. ‘Theresa May will be entering a coalition with Jeremy Corbyn “against the people” if she agrees a customs deal with the Labour leader’. So Nigel Farage has warned. His brilliance as a politician is saying it as it is.

While Mrs May and and Mr Corbyn pretend to be speaking for and to ‘the people’, Mr Farage has done; not just through soundbites for the media but face to face with them in the time-honoured way since he launched his party on April 12 in Coventry. Beating a path up and down the country, across the United Kingdom, his Brexit Party’s rallies have followed one after the other. Today it’s Chester, tomorrow it’s Peterborough, then Lincoln followed by Durham – towns and cities of the nation’s heartlands that Londoners today read about only in history books, if that.

The new party packed out its rally in Newport in Wales, where it’s predicted it could take half the seats in the EU elections.  Ollie Wright reported on the Birmingham rally here.

It has not stopped announcing rallies and people have not stopped flocking to them, catalysing a grassroots political energy that the country has not witnessed in a long time, but with remarkably little national media coverage to reflect this phenomenon.

The Brexit Party is holding rallies in Newport, Newton Abbot and Fylde next week. Book now to join the fight back! https://t.co/P370cGjeGu pic.twitter.com/UNSkarBPm8

In less than a month since, his party has gained 85,000 members and shot ahead in the polls at 30 per cent of the UK vote – up two per cent in one week (with Labour second at 21 per cent, and the Tories trailing with a dismal 13 per cent).

This time Nigel is on the front foot. There will be no ‘I’ve done my job’ after the EU elections (if May and her EU overlords allow them to happen). The Brexit Party, with a far stronger political base of support than UKIP ever had, is here to stay. It heralds possibly the biggest political realignment since the birth of Labour.

In response Rory ‘I’d like to be leader’ Stewart professes not be worried, or rather, to be much more worried about losing what he believes to be the party’s Remainer base.

His view is that: ‘If the Conservative Party were to make the mistake of trying to outdo Nigel Farage, which I’m sure we won’t but it is something that a few of my colleagues are talking about, then we would lose those four million voters. We’d lose young people, we’d lose Scotland, we’d lose London and we’d lose a lot of the most energetic parts of this country.’

Which raises the question: which are these energetic regions? They seem to be where Nigel is rallying the masses.

You have to credit Number Ten’s heir apparent, Theresa May’s more articulate mouthpiece, for his honesty even if you dispute his out-of-touch analysis. If by 2022 his continues to be the official voice of the Conservative Party, it will have no base. The party’s grass roots who have not already switched their allegiance to Farage will have done so by then – only three years away – the date on which Nigel Farage surely has his telescope trained.

The prognosis for a ‘centre’ party (which is what Rory seems to think the Conservatives plan to provide in the event of split) is not good if Change UK is anything to go by.

How is the cerebral Mr Stewart planning to activate his potential 4million Remainer voters of students and Scots? A series of rallies to compete with Nige’s? I for one would not bet on his personality for that. I fear his centrist dream may prove to be as solitary a pursuit as his trek across Asia Minor.

Sir Graham Brady, who has a firmer grip on party reality, is off again tomorrow to tell the PM to pack her bags.  Whether he’s got in his briefcase the crucial 157 letters necessary to force her out of office is another matter.

At TCW we continue to count the days to the party seeing reason – or to it committing suicide. And it does not have a God-given right to exist.