The toppling of Theresa: Day 21 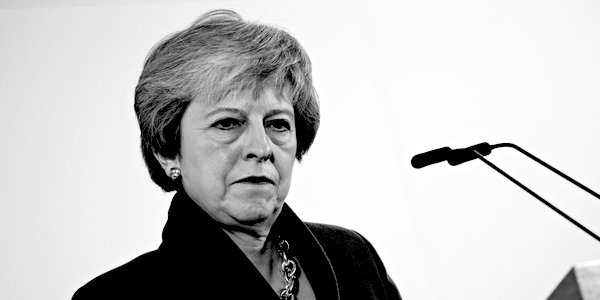 THIS is the play with no ending. Every day brings another act in the drama to report.

Just as they were summoning up their courage to ditch May, Tory MPs, in an episode worthy of Anthony Trollope’s The Pallisers, shot themselves in the foot – again. Any hope that the Conservative 1922 Committee might get its act together to force May’s departure was dashed yesterday. Members in their infinite wisdom rejected a proposal to change the rules to allow a second no confidence vote within six months instead of the current 12.

You might have thought that the latest news of May’s approval rating dropping to a record low, by more than 20 points in a month to an astonishing minus -73.5, making her even less popular than the incompetent Transport Secretary Chris Grayling, might have pressed the panic button. But with the Conservatives, when panic is in order (unlike Greta’s climate panic) it is nowhere to be seen. Instead we have the stately Sir Graham Brady calmly agreeing to a 21st century charge of the Tory Light Brigade. That’s what his polite ‘expecting more detail of her departure plans’ or call for ‘a clear roadmap’ for Theresa May’s departure boils down to –  a party riding blindly into the valley of Death:

Was there a man dismayed?

Not though the soldier knew

Theirs not to make reply,

Theirs not to reason why,

Theirs but to do and die.

Into the valley of Death

You do wonder, as my colleague Michael St George remarked on hearing of the 1922’s decision, whether they have ‘some kind of macabre electoral death wish’. You do indeed.

Were any of these benighted Tories bright enough to read the runes they might see a possible advantage delivered to them in the form of their bête noire Nigel Farage and his rapidly growing new Brexit Party. Why so? Well, it’s not just frightening the hell out of them but out of our French and EU friends too. When before have we seen the implacable Michel Barnier in such a lather as at the thought of the UK being represented in all its seats in the EU parliament by the Brexit Party? Never, not since the negotiations began. Now he sees where his intransigence has led – the horror not just of Farage but of Nigel Farages in every country facing the EU high command:

‘This election will be tougher than ever before. We will have to fight against those who want to demolish Europe. With their fear. Their populist deceit. And their attacks against the European Project.’ Tough, Michel. Play hardball and eventually one will come back to hit you.

With this bad dream about to come true, what couldn’t a new Brexit-committed Tory leader renegotiate? An end to the backstop with the technology solution that has always been out there, a retraction of the £39billion until a decent free trade agreement is arrived at – and that’s just for starters.

But it all depends on doing what the Tories are too timid to do – which is to topple Theresa. We at TCW are counting the days till they do, or maybe to a whole new act in this drama – one set on the European stage with new contestants.