The soundtrack for a world gone wrong 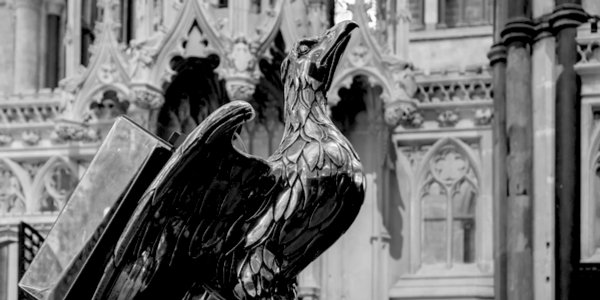 This is an edited version of a sermon on Ecclesiastes chapter 3 preached in the Parish Church of the Ascension, Oughtibridge.

In 1965 the American pop group The Byrds released a song which included some of the ‘time to’ quotations from this chapter – quite a jaunty song called Turn! Turn! Turn! It was written in the 1950s by a Marxist folk musician, Pete Seeger. His song ended on a utopian note not from Ecclesiastes – there is, he affirmed, ‘a time for peace, I swear it’s not too late’.

So, according to Pete Seeger, we human beings do have the capacity to create a world in which warfare is a thing of the past.

But actually that utopian vision is quite the opposite of what Ecclesiastes 3 is saying and so sombre music would be the right soundtrack to play to this chapter.

We saw last week how the Teacher, the philosopher-king of Jerusalem, described in Ecclesiastes chapters 1 and 2 the world as it really is, a world that is both created by a good and loving God but a world that is also fallen, a world that has gone wrong because of mankind’s wilful rebellion against the good and loving God who made us. The philosopher-king contemplates human life in the real world and the Authorised Version of the English Bible powerfully summarises his decidedly anti-utopian perspective: ‘Vanity of vanities, saith the Preacher, vanity of vanities; all is vanity’ (Ecclesiastes 1v2).

If we are to benefit from the refreshing dose of reality Ecclesiastes brings, we need to understand that the Teacher has a thoroughly biblical view of the Fall of mankind. The Fall was not, according to the Bible, some kind of setback for God; it was actually a setback for us. God did not retire hurt from the scene after mankind decided they didn’t want his rule.

No, he put his creation under his deliberate and intentional judgement – he said to the man he had created: ‘Because you listened to your wife and ate from the tree about which I commanded you: “You must not eat of it”, cursed is the ground because of you: through painful toil you will eat of it all the days of your life. It will produce thorns and thistles for you, and you will eat the plants of the field. By the sweat of your brow you will eat your food until you return to the ground, since from it you were taken; for dust you are and to dust you will return’ (Genesis 3v17-19 – NIV).

Because of mankind’s rebellion, God has put creation under his righteous curse. He has not retired to the dug-out like a football manager disappointed with his players and powerless to get them to play better. God remains sovereign over his world. Human beings remain responsible for their actions but nothing we can do, however evil, can challenge God’s sovereignty over his world.

Ecclesiastes 3 very much reflects that biblical idea of the sovereignty of God: ‘There is a season for every activity under heaven’ – under heaven from which God rules his world.

The good things: the birth of children – a time to be born; nation building – a time to build; pleasure and partying – a time to laugh and a time to dance: sexual union – a time to embrace; a time for peace – when a particular conflict between nations comes to an end; these go on in the world God supervises.

But so do the bad things; death – a time to die; national decline – a time to tear down; grief and bereavement – a time to weep and a time to mourn; getting too old to engage in sexual pleasure – a time to refrain; and wars between peoples and nations – a time to hate and a time for war; these things go on in the world God supervises.

So that is the way the real world is under the sovereign control of the Lord Almighty until he chooses to order things differently.

Ecclesiastes is a very sobering passage of Scripture and certainly presents no utopian vision.

The right response on our part as human beings, both created and fallen, is humility before God. The right response, to quote Psalm 90, is to ask God ‘to teach us to number our days that we gain a heart of wisdom’.

The wisdom of God in the completed revelation of the Bible teaches us that the depressing cycle of Ecclesiastes 3 will end one day – the day God’s eternal Son, the Lord Jesus Christ, returns to the world at the end of history. That will be the day – and not before, pace the late Pete Seeger – when, to quote Revelation 21v4, ‘there will be no more death, or mourning or crying or pain, for the old order of things has passed away’.