The Shape of Water – a two-dimensional PC nightmare 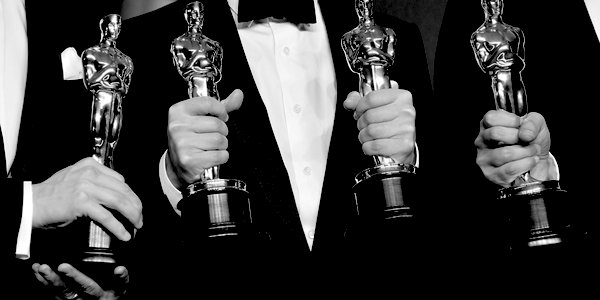 I went on a date the other night. I’d booked two tickets to see I, Tonya in one of those fancy cinemas where you can sit on a sofa. It turned out she had already seen that, and told me all about it, but I hadn’t listened properly. Men, eh?! Despite her protestations that she didn’t mind seeing it again I changed our tickets to The Shape of Water which neither of us knew much about other than the fact it had won an Oscar.

It was awful. Set in 1950s Baltimore with a weird, green twist, the film follows the adventures of Eliza, a mute woman in her 40s. Eliza and her black friend Zelda, a sassy ‘you go girl’ stereotype, work in some sort of military complex as cleaners. One day they are cleaning when a strange, fishy, humanoid monster is transported into the complex and given some rough treatment by the villain of the piece: Strickland, a straight (yuck), white (vile), male (hideous) who is married (rank) with two kids (erm, the environment?)

Eliza, due to her position in society as a mute, can relate to the fish alien monster and begins to feed him eggs and play him music. They communicate via sign language and she busts him out with the assistance of her crack team of good guys: Zelda, a Russian spy, and, of course, her gay best friend Giles.

The fish spends a week or so in Eliza’s bathtub. One thing leads to another and they have sex. What baffled me was the blasé acceptance of Eliza’s friends. Zelda does a ‘you go girl’ face whilst Giles walks in on their amorous embrace, slinks out sheepishly and instead of checking up on his friend’s mental health he draws a picture of it.

It continues in this same vein until a sugary, happy ending. Thankfully, all wasn’t lost as my date was similarly unimpressed by this cascade of mind-numbing politically correct rubbish. It wasn’t the surreal, fairytale aspect of the film that was so poor – indeed, I liked Pan’s Labyrinth – but it was the painful shoehorning into it of every liberal, progressive agenda possible and the two-dimensional characters.

It was laughably obvious in its intention. For example, the evil straight, white guy who turned down Giles’s advances was, obviously, racist too. The film dealt with this clunkily: he turns him down, asks him to leave, and then inexplicably a black couple enter the restaurant giving him time to ask them to leave before he turns to the camera and says ‘I voted Trump and Brexit’.

The intention of the film was obviously to prove that love is love no matter who or what you are, but it was so heavy-handed that it left you thinking ‘Oh, just shut up’.

Life is difficult: we have work, bills, family and relationships to deal with, as well as keeping ourselves happy and afloat, so is it too much to ask to be entertained instead of lectured when we spend our hard-earned cash? Films are something I don’t know much about, so I assumed an Oscar meant it would be good, as it did in the early 2000s when The Lord of the Rings won. Now an Oscar means it is a piece of propaganda. But who is actually watching this twaddle? The ratings of this year’s Oscars ceremony were an all-time low and last year’s best picture winner, Moonlight, bombed at the box office.

People within the media no longer see themselves as reporters or artists but as clergy, standing in the pulpit, moralising and chastising. Politics, too, is above itself and now fills the void that religion has left and is the sole way that many people make sense of the world. Everything is political. The last thing a man needs is for that to infringe on his leisure time – particularly when on a date. If Hollywood could go back to rewarding entertaining films, that would be lovely.