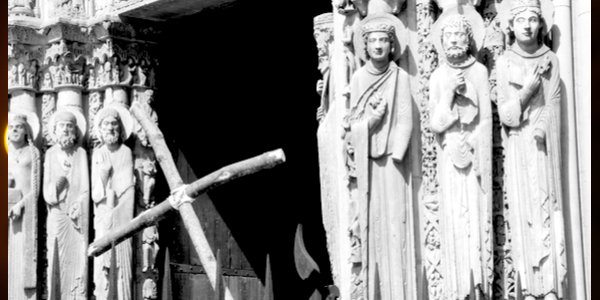 The last in our series on the Christian virtues, the antidote to the seven deadly sins.

As with chastity, humility is a virtue especially opposed to our epoch. Has it always been thus? Perhaps. But in our age, those who shout loudest certainly prosper. Those who see themselves as moral custodians gravitate towards politics; those who want the world to tell them how marvellous they are gravitate towards the arts.

Talent is no longer a prerequisite for fame. In fact, it seems an impediment.

Everyone needs a job, but to get one you need to go through an excruciating application process in which you tell your future employer just how fantastic you are. If you get an interview you tell them in person too. You’ve got to do it, of course.

Dostoevsky’s The Idiot tells the story of a Christ-like figure, humble and kind, who is thrust into 19th century Russian society. He languishes and ends up insane as the world around him treats him with bemusement and takes advantage of him. It’s a sad tale, but good to remind yourself that being a good person rarely leads to ‘success’. Of course it is worth it in and of itself.

It also acts as a reminder not to get too caught up in all that is wrong now, and that the world has always been full of immoral and manipulative people. That’s why it’s good to read literature from another time and see that humans have always been, well, human.

Humility is the opposite of pride: it’s the voluntary debasement of yourself so that you can aspire towards greatness. The humble person is great because they are aware of their weaknesses and work on them as opposed to being self-satisfied with their strengths. In sporting terms, an athlete who works on his weaknesses will be better than one who is too pleased with his strengths.

Humility leads to happiness because you don’t deserve anything, you don’t need anything. Much discontent comes from misplaced wants and desires, as the Buddhists know. In Christianity there is a form of Ignatian spirituality that manifests itself as indifference, the ability to go with the flow. The humble person is adept at this because he or she doesn’t think ‘what about me?!’ when something unexpected happens.

In the Christian tradition the model of humility is the Virgin Mary who obediently said yes to the will of God.

Despite the glamour and pomp inherent to the role, I find the Queen to be a humble woman. She performs her duties with dignity, never gives her opinion on current affairs and generally gets on with the job. If anyone could be forgiven for a bit of brashness it would be the monarch of one of the most powerful nations on earth. An inspiration for us all.

Finally, the Christian virtues set a deliberately high bar. No one consistently achieves them, and no one is without their vices and their sins. I most certainly fail. Repeatedly. But that’s not the point: it is to give us something to aspire to, a set of virtues that we will spend our entire lives trying to master.

It is easy to become disheartened by the world, but even if the media and the political elite seem allergic to virtues, they are still all around. There are many good people doing good things but you’re just unlikely to read about it in the paper.

It’s good to remind ourselves of our heritage and of the beautiful and encompassing morality that defined our ancestors’ lives. Yes, it is extremely demanding, but that’s why the compassion and kindness of Jesus must always be remembered. He knows we’ll fall short but that’s OK as long as we try. He died on the cross but he also said ‘go and sin no more’.

Still, it is better to think ‘this is how great I could be’ when comparing yourself with one of the saints than to think ‘it could be worse, I could’ve thrown up on myself and got into a fight’.

The virtues and the vices will always be relevant because the human condition will never change. Human nature is immovable but so is Christianity and so is Truth. It will always be there for us. If we re-discovered our faith we’d be a healthier nation with a surer sense of identity. It would be marvellous for that to happen but at the moment it does not look likely. Stranger things have happened, mind.