The Saturday Essay: Jordan Peterson and the Big Question 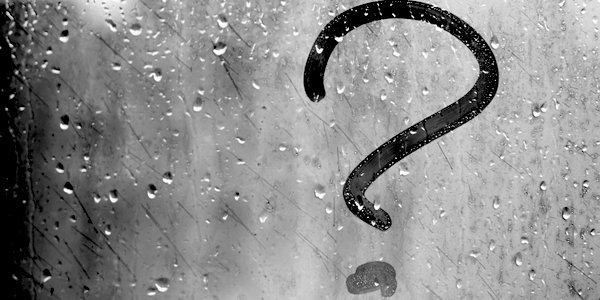 COMMENTING on the recent rescinding of his invitation to lecture at Cambridge, Jordan Peterson observes of our Western culture: ‘We are becoming unmoored, because we no longer share the structure these [ancient biblical] stories undergird. This is psychologically destabilising. It’s producing a pathological and desperate nihilism that is increasingly common and, at the same time, a pronounced proclivity for the ideological certainty that mimics but cannot replace true religious belief. Both consequences are bound to be, as the evidence certainly indicates, divisive and truly dangerous.’

He adds, with some justified annoyance at the very public snub: ‘I think that it is no bloody wonder that the faith is declining (and with it, the values of the West, as it fragments) with cowards and mountebanks of the sort who manifested themselves today at the helm.’

Christianity is certainly struggling in the increasingly secular West, with, as Peterson puts it, ‘continued decline of church attendance’, a ‘rise in atheistic or agnostic sentiment’ and ‘the collapse in interest in such matters among young people’.

More and more people today say they don’t believe in God. Well, be that as it may, the fact is that looked at objectively there is undeniably a Big Question to be answered, one which Peterson wants everyone to engage with seriously. After all, the universe exists, we exist, and this demands some kind of explanation.

Many people seem to think that science has now explained everything in a way which removes the need for God. This is to misunderstand the nature and limits of science. Modern science is about formulating laws of nature and testing them through empirical observation. At its best it is a rigorous method for conceiving of nature’s regularities in accurate and therefore useful ways. It is not a substitute for philosophy or theology, on which an account of its own reliability and validity depends.

Not that such philosophy need be obscure or complex. The best philosophy is not. Consider, for example, what we can know about God from the world around us – as Plato and Aristotle, among many others, have observed.

We can know that there must be an ultimate reality, something which exists prior to all particular and material things and transcends them, and out of which they arise. This transcendent reality includes what scientists call the laws of nature – natural principles that constitute the material world and which stand as explanations of its motions.

It may seem strange to think of the laws of nature as standing in the place of God. But it is scientists’ faith in the laws of nature that leads many of them to think they don’t believe in God when in fact they are making a God out of the laws of nature. Laws of nature, so conceived, are transcendent, universal, eternal, and the cause of all that exists and will exist. These are classic attributes of God, and although the atheistic scientist ascribes them to impersonal laws of nature rather than a personal Deity, nonetheless, they are most certainly an account of God insofar as they are a description of ultimate reality.

What else can we know about this ultimate reality? It is evidently highly ordered, as the material universe is highly ordered, saturated with regularities proceeding from deep principles unfailingly obeyed by matter in motion. It must also be capable of producing conscious and rational minds attuned to comprehending its principles, for here we are.

Another thing we can know is that ultimate reality must explain morality – assuming, of course, that there is objective morality, and human existence is not devoid of purpose. For this there must have been some purpose in the universe having brought forth humanity, since if humanity’s origin is purposeless then so is its existence and there is no basis for judging any action as right or wrong in any objective sense. Objective morality arises from recognising the purpose of humanity as reflecting within nature the divine image in being rational, creative and sovereign.

So simply from noticing what the world is like and what we are like – and notwithstanding the fiendish problem of evil – we can see that the ultimate reality – God – must be transcendent, eternal, ordered, purposeful, and the pattern of rational consciousness.

Religion, then, is humanity’s varied response to this transcendent, ultimate reality. Religion is diverse because it is based on diverse understandings of how this ultimate reality has made special revelation of its nature and who in history has had special insight into it.

It is on account of religion’s role as humanity’s response to ultimate reality that respect for it is mandated from individuals and from government. This respect manifests in both religious freedom and public religion, and the two must be held together. Religion can also be shown to produce beneficial effects for its adherents and for society, and these can assist in a social and political defence of it. But the fundamental argument is from first principles: religion is to be respected because it is humanity’s response to ultimate things. This is the principal reason that religious freedom is safeguarded in human rights law.

The scope of religious freedom is not infinite. Most importantly, religion must observe the moral law of respect for humanity as bearing the divine image. Respect for religion and respect for humanity derive from the same source, namely a recognition that humanity bears the imprint of the divine, so the two cannot contradict. Where they do, it will be difficult for society to regard itself as duty bound to respect a religion’s freedom, at least in that respect.

‘Progressive’ secularism simply ignores all this and opts instead for a supposedly neutral belief system which is in fact itself a form of religion centred on the sovereign individual cut loose from nature and from the moral order. This religion of progressive secularism is the prestige faith of our time, the belief system of the elite, and it brooks no rivals. It opposes biblical Christianity, subverts marriage and family, dissolves national borders and ties, and suppresses all ideas and speech that challenge it. Animated by it, our elites and their foot soldiers arrest street preachers, ban eminent academics such as Peterson from places of learning, sack people who question it till the rest learn to stay silent, conspire to overturn democratic decisions  and indoctrinate children in controversial adult practices against the convictions of their parents.

Battle is now joined – not a battle of violence but of ideas. As St Paul wrote: ‘Our struggle is not against enemies of blood and flesh, but against the rulers, against the authorities, against the cosmic powers of this present darkness, against the spiritual forces of evil in the heavenly places.’ Christians ought to be at the forefront of the defence of truth, freedom and civilisation against those who would dethrone God, suppress faith, and subvert family and nation. Sadly many, just like in the hopelessly PC Conservative Party, have succumbed to the spirit of the age, failing to recognise that it is as antithetical to biblical faith as it is to a true conservative outlook.

Does there remain in the land a faithful remnant ‘who have not bowed the knee to Baal’? If there is, then let us pray that God may strengthen their knees, bless their hands which write and their lips which speak, and make their labours fruitful.