The Right way to stop the Reds monopolising the Green market 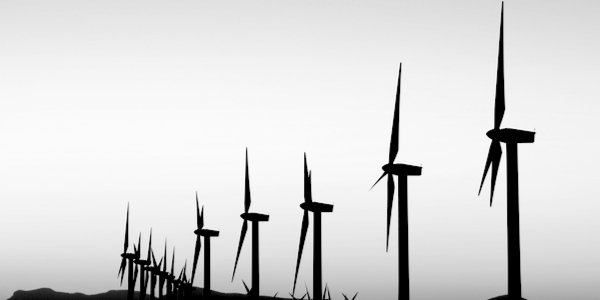 GOING by the way environmental issues are discussed in popular political discourse, you would be forgiven for thinking that it’s not possible to care about the environment without being a socialist.

The Left has developed such a stranglehold on the environmental debate with its dire and dramatic climate change warnings that environmentalism’s conservative lineage – from Edmund Burke through to the late Sir Roger Scruton – has all but been engulfed by so-called eco-socialists’ claim to this territory.

Extinction Rebellion has traded on climate alarmism to seize control of the debate and promote a single objective policy response – a zero-carbon, post-capitalist world. In the eyes of XR activists, rejecting their social revolutionary vision is akin to ‘climate denialism’.

These eco-socialists have convinced themselves, and a worrying number of others, that if climate change is not brought to a screeching halt in the next five years, the end of the world is imminent.

They have sorted everyone neatly into two categories of good and evil – those who are on board with overhauling capitalism in the name of the environment, pitted against absolutely everyone else, with no nuance or middle ground to speak of.

Eco-socialists want nothing less than an end to the world as we know it. They demand an end to our ‘consumerist culture’. Fundamentally, they take issue with the basic, underlying principles of capitalism, in which people are allowed to sell their labour, goods and services.

They would happily undo the Industrial Revolution, the single greatest advancement in the history of mankind, reducing us to subsistence economies, throwing millions into poverty, and voluntarily bring about the biggest economic disaster the world has ever seen, all with smiles on their faces.

It just so happens that the list of demands presented by the eco-socialists also functions as a step-by-step guide to an agro-communist hellscape. In another extraordinary coincidence, all those insisting that we plunge headfirst into this unprecedented self-destruction also happen to be communists.

Of course, there are no coincidences here. Reasonable-minded people, who believe in protecting both the environment and the economy, must not let them get away with this act of bare-faced deceit. No longer can environmental issues be used as a stalking horse to push forward a political agenda and a radical, anti-human vision for the world.

For too long, there has been a gaping hole in public discourse. There is a crying need for sensible solutions to environmental problems. That’s why we at the British Conservation Alliance are stepping up to the plate to show that we can solve environmental issues using free-market solutions that will not only safeguard our economy, but unleash it and allow it to flourish.

In conjunction with the Austrian Economics Center, we have published Green Market Revolution, the first-ever international manifesto for free-market environmentalism.

It provides a wealth of pro-planet, pro-market and pro-innovation ideas designed to incentivise the wonders of the private sector to solve the problems we see in the world around us. This doesn’t mean no government, it means effective government and the best of innovative private enterprise.

This is the first time that conservatives and libertarians from around the world have come together to construct a manifesto for environmental solutions. It features chapters written by representatives of 15 of the largest and most prominent think-tanks and campaign organisations.

Contributors include the Adam Smith Institute and the Centre for Policy Studies, as well as the Cato Institute and the Reason Foundation in the US. It also includes a foreword written by top Brexiteer and free trade champion Daniel Hannan.

Although we don’t subscribe to catastrophising and unscientific doomsday scenarios, Right-leaning environmentalists know that the many troubling environmental problems need to be met with effective solutions.

We believe that to protect the beauty of our natural world, we need to foster a new generation of entrepreneurs and innovators. We need a pro-market, decentralised environmentalism.

It’s time to move on from the damaging rhetoric and embrace real environmental solutions that will protect and enhance people’s standards of living, not destroy it.

Christopher Barnard is founder and president of the British Conservation Alliance, and Emily Hewertson is its campaigns manager. Green Market Revolution is now available to download for free at https://www.greenmarketrevolution.eco/