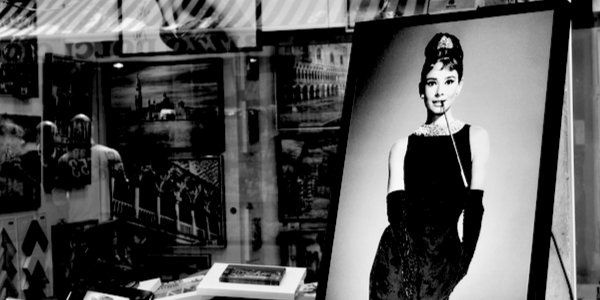 FEW Audrey Hepburn fans would have thought one of her films could fall foul of the wokeocracy. Breakfast at Tiffany’s (1961), an adaptation of Truman Capote’s novel, is one of Hepburn’s best films. Sky recently started to warn those tender souls who might by accident switch it on: ‘This film has outdated attitudes which may cause offence today.’

This may cause a chuckle at their woke ineptitude. To warn that a film made nearly 60 years ago might reflect outdated attitudes is akin to the warning on bags of cashews that ‘This might contain nuts’. But Hepburn is not alone. Included on Sky’s danger list are such toxic films as Disney’s Aladdin, The Jungle Book and Dumbo. Flash Gordon is also considered worthy of a warning.

The problem seems to be racial stereotypes and white actors portraying Asians. In Breakfast at Tiffany’s the diminutive Mickey Rooney plays an Asian man. In the cartoon Aladdin, Princess Jasmine and the genie are voiced by white actors.The 1980 hit Flash Gordon, with the film’s antagonist Ming the Merciless played by Max von Sydow, is viewed as a classic example of ‘Yellow Peril’ xenophobia.

The new woke religion’s kulturkampf against the danger that children might actually enjoy something innocent is clearest in Disney’sDumbo. This is accused of racially stereotyping African Americans in the form of black crows using jive-like speech patterns. Worse, the main bird Jim Crow, a nod to segregation, is voiced by a white actor. We should be thankful to Sky for alerting us to the fact that Dumbo is a Trojan horse for white supremacy.

These bizarre warnings indicate that Sky, like the rest of woke culture authoritarians, do not trust the public either to make or consume culture without Nanny telling us what to like and what to avoid. We are treated like infants: ‘Be careful with that, Johnnie, you might get the wrong idea.’ They are fearful that the non-woke majority might get triggered by Mickey Rooney or Baloo the Bear and run amok.

Like the removal of various old TV programmes, these ‘warning’ are much more than corporate self-protection. Intolerant progressives, deadly afraid that someone somewhere is enjoying themselves in an unapproved manner, lash out at any perceived fault. The progressive ideologue’s assault on art is another aspect of their wish to recreate society in their own image.

Like all revolutionaries, from France in 1789 to Cambodia in 1975, our woke progressives want to rewrite the past and create an ultra-conformist culture in the present. History is to be re-designed, morality adjusted to conform, timeless virtues put in the dustbin, and art made to comply with newly conceived values.

We are not yet at the stage of the Soviet Union where artists such as Solzhenitsyn could be sent to the gulag for unapproved writing according the political and social values of the authorities. Yet, in Sky’s authoritarian pronouncements concerning ‘outdated attitudes’ and ‘cultural depictions’, we are sliding in that direction.

We are gradually moving into a time when art is no longer possible. Plays and films will continue to be produced, novels written, television dramas churned out. But they will be pablum for the masses, safe productions emerging from within a narrow approved perspective and which don’t challenge progressive ideology.

Conformist art is not art. Good art is of necessity experimental and risky art, it is challenging; which is why the art of the Soviet Union and Nazi Germany was so deadly dull. When art is forced to conform what is produced is mere propaganda for the social order. Everything which might rock the boat is sidelined.

We are already at the stage where recent popular cultural icons could never be produced. Blazing Saddles and Monty Python and the Holy Grail would never see the light of day because of their casual racism and xenophobia. Just about anything produced by Monty Python would never pass the woke censors. Usually comedy bears the brunt of the censor in authoritarian societies.

Progressives claim there are no right wing comedians. How would we know? They are never allowed to reach the screen. It is not just because our progressive elites are a humourless bunch, although they are to humour what Ian Blackford is to humility. Genuine comedy is subversive and endlessly mocks those in authority, and speaks directly to ordinary people.

From Chaucer to John Cleese, writers use humour to take deadly aim at authority figures, and those at the bottom of the social order love it when it is well done. This is why BBC comedy, especially on the radio, is so unfunny: it is entirely predictable and emerges from a single point of view. Progressives are in authority, especially in the media, and they fear to permit the unsafe and unpredictable. People might laugh at them and they couldn’t bear that.

In today’s world of cancel culture, with a media openly on one side in the culture war and massive corporations pretending they are deeply invested in social justice, we are in danger of becoming a conformist herd, meekly acquiescing in the progressive agenda.

Any who are swimming against the cultural tide should be aware of what is happening around us. Those belonging to the ultimate counter-cultural group, Christians, would be wise to recognise the significance of this cultural shift. We insist on marching to the sound of a different drummer. Wherever there has been authoritarian rule we find Christians being disdained, sidelined and pressured to conform.