NewsPaperthe art of publishing
Home News The Political Declaration is dead – will Labour be next?
0

The Political Declaration is dead – will Labour be next? 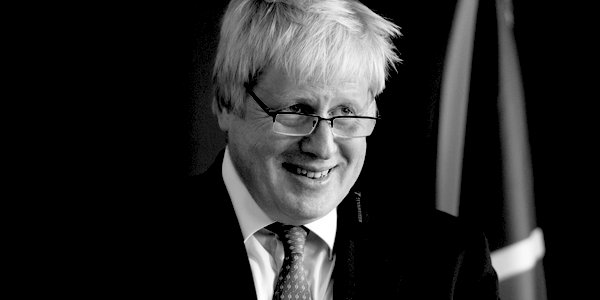 THE big election news is that BoJo has announced he is seeking a Canada-style free trade agreement from the EU, not political alignment. The impact of this is that the appalling Political Declaration is dead, which in turn means that the Tories (or at least their leader) now intend to deliver Brexit, not BRINO. As he demonstrated when he sacked 21 members of his party for not supporting the manifesto line on which they were elected, the Tories are now disciplined.

In these circumstances it’s hardly a surprise that the Brexit Party (remember, that is the only political party that wishes it didn’t exist) will not have candidates running against incumbent Tories (who now know that they have a strong leadership committed to Brexit and which will sack them if they rebel on this key matter). Nigel Farage, a student of military history, knows that the master principle of war is selection and maintenance of the aim. The aim is Brexit, so now that Boris has clarified he is seeking Brexit not Brino, why fight his troops?

This of course does not mean that no Brexit Party candidates will be standing elsewhere and it is unlikely that any formal deal will be published. But if after a week’s campaigning in a Leave constituency with a Labour incumbent, it is clear that a Brexit Party candidate is doing better at collecting votes than the Tory, don’t be surprised if the Tory capitulates.

All of which leads to the delicious prospect of a Tory-led government with 20 or so Brexit Party MPs to keep them honest and get (a real) Brexit done. But it could get better than that.

Like many of my age, I remain flabbergasted at the alarming resurgence of hard-core Marxism in British politics. I thought we had won that argument in the 1980s (except in the dreaming spires of Oxford, the Fenland thinkers’ refuge, Liverpool and what’s left of some of the trade unions. Oh, and the BBC.)

The real effect of the Brexit Party/Tory de facto non-aggression pact is that the Remain vote is split, but the Leave vote is not. Given the odious, graceless, vile, racist nature of the Labour Party; given Corbyn’s track record of loving every freedom fighter other than Tommy Atkins; given even the BBC’s inability to paper over the financial lunacy of John McDonnell and noting that 63 per cent of constituencies have a Leave majority, we could finally see the extinction of socialism and Labour Party.

If that is not ‘changing politics for good’, what is? I’ll vote for that!