The next Tory leader will be no messiah – just a mess 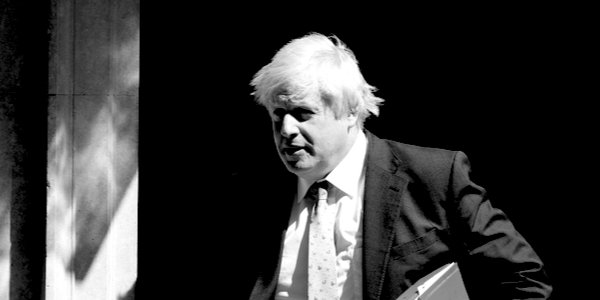 BORIS Johnson has triumphed in the first round of the Conservative Party’s process to find our next Prime Minister. The media tell us that he is the darling of the membership to the point that if (or when) he makes it to the final two candidates for their vote, he is a shoo-in. Furthermore, as he claims to be in favour of leaving the EU on 31 October, with or without a deal, that is the end of the Brexit Party.

I’m not so sure. In fact I am increasingly convinced that this week is actually strengthening the Brexit Party’s position. Remember, the party was created not just to deliver Brexit, as demanded by 17.4million voters, but also to solve the problems that have left us in the EU despite 80 per cent of MPs being elected on manifesto commitments to honour the result of the referendum – that commitment being given once the result was known.

Once again we have been treated to the spectacle of Sir Oliver Letwin, Dominic Grieve and others supporting a Labour attempt to render leaving with no deal impossible – fortunately defeated, but not by much. Those who proposed and supported this motion are somewhat akin to Canute’s courtiers who assured him that he could stop the tide – Canute treated them to a reality check (and presumably replaced them as advisers). Even if Parliament could prevent a new PM leaving with no deal, it absolutely can’t compel the EU to change anything, and yet the same Parliament has repeatedly refused to approve the current withdrawal agreement. This fundamental inconsistency is surely symptomatic of MPs who either lack the intellectual capacity to develop a solution, or a party system that puts short-term selfish advantage ahead of the national interest. That they seem to be supported in this by much of the media, the BBC and, it seems, many senior civil servants does not alter the facts – which can only be that the current political establishment, as installed in Westminster, is seeking to subvert the direct instruction that it received.

Changing the Tory leader, and thus the Prime Minister, does not alter the parliamentary arithmetic. It seems that the only way the next PM is likely to be able to deliver a Brexit will be to suspend Parliament, which kind of makes the point.

But it’s not just Brexit that is making the case for the Brexit Party. The hapless, hopeless and helpless Maybot announced that the UK will become a zero emissions country by 2050, and within minutes her shameful Chancellor (whom anyone else would have sacked years ago) announced that it was impossible. Leaving aside the question of whether a zero emissions UK is either achievable or significant, how in the name of all that is holy can we have a government which makes policy announcements that it has not worked through? If this were a company the shareholders would sack the board, appoint a turn-around specialist and pray that value was returned. In this analogy we, the electorate, are the shareholders and we most certainly have the power.

It is clear that the current government is incapable of negotiation, incapable of coherence and incapable of finding sound advice. In commercial terms, it’s what happens when the marketing people try to run a production company.

Enter the Brexit Party, whose contention could broadly be summed up by the question ‘Why do you vote for people whom you would not employ?’ The answer is because one actually has little choice: the major parties (flatteringly including the LibDems) manage the selection of candidates and for whatever reason the pool from which they select is too narrow. (Witness Chuka Umunna who in three months has gone from Labour, to a party he set up, to the Lib Dems. Same person, same personal beliefs, three different political philosophies united in the delusion that he is the man for the job for his constituents. He needs to go back to university and work out what he stands for.)

The Brexit Party solution is to open a new pool of candidates and select from that. (At the last count it had more than 3,000 to choose from.) Their first Westminster candidate, Michael Greene, who was very narrowly defeated in Peterborough, is probably a good guide to what will come: successful, public-spirited and satisfied with their lot. No interest in a political career, only in doing the right thing to serve their country.

As opposed to Boris (who seems not to be held in high regard by many who have worked with him), Gove (who can’t see that the hypocrisy of taking cocaine while sending drug dealers to jail is a resigning issue – as is the stupidity of getting caught), Stewart (whose opinion of himself is so high that he ignores the referendum result because he knows so much better) and the rest of them.

Whoever they pick, the parliamentary maths remain the same. None of the Tory leadership candidates looks like a messiah to me. Any more than Jeremy Corbyn looks like a winner (or even someone in control of his own party).