The Midweek Hymn: Jesus Shall Reign Where’er the Sun 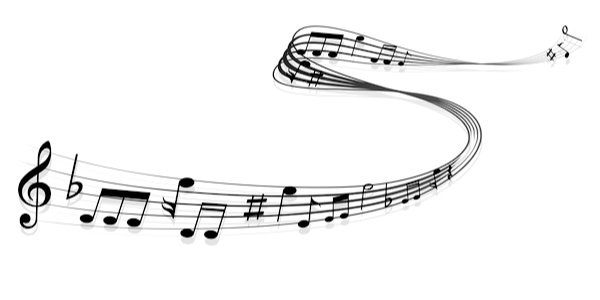 I WAS wondering what hymn to do this week when out of the blue this one came into my head. I don’t know why because I doubt if I have heard or sung it since I was at school many decades ago.

It was written by Isaac Watts (1674-1748), about whom I have written here. He was such an extraordinary man that it is worth recapping on his life.

He was born in Southampton in 1674 while his father was in prison for his nonconformist sympathies, in other words his refusal to embrace the established Church of England. (His father was released and went on to have seven more children.) Isaac was learning Latin by the age of four, Greek at nine, French (which he took up to converse with his refugee neighbours) at 11, and Hebrew at 13.

He started making up rhymes at an early age. According to legend he was once asked why he had his eyes open during prayers, to which he responded:

A little mouse for want of stairs
ran up a rope to say its prayers.

He was given a hiding for this (what a strange response!) and cried:

O father, father, pity take
And I will no more verses make.

Several wealthy townspeople offered to pay for his university education at Oxford or Cambridge, but these institutions would not admit nonconformists and Isaac refused to give up his beliefs. Instead he went to the Dissenting Academy at Stoke Newington (now part of north London) in 1690.

After graduating, Watts took work as a private tutor and lived with the nonconformist Hartopp family in Stoke Newington. Through them, he became acquainted with their immediate neighbours, Sir Thomas Abney and his wife Mary. At their request he moved in with them and stayed with the household for the rest of his life, another 36 years. By the time of his death in 1748, at the age of 74, he had written 750 hymns, many based on the Psalms, and as a result is recognised as the ‘Father of English Hymnody’.

5 They shall fear thee as long as the sun and moon endure, throughout all generations.

8 He shall have dominion also from sea to sea, and from the river unto the ends of the earth.

12 For he shall deliver the needy when he crieth; the poor also, and him that hath no helper.

13 He shall spare the poor and needy, and shall save the souls of the needy.

14 He shall redeem their soul from deceit and violence: and precious shall their blood be in his sight.

15 And he shall live, and to him shall be given of the gold of Sheba: prayer also shall be made for him continually; and daily shall he be praised.

16 There shall be an handful of corn in the earth upon the top of the mountains; the fruit thereof shall shake like Lebanon: and they of the city shall flourish like grass of the earth.

17 His name shall endure for ever: his name shall be continued as long as the sun: and men shall be blessed in him: all nations shall call him blessed.

18 Blessed be the Lord God, the God of Israel, who only doeth wondrous things.

19 And blessed be his glorious name for ever: and let the whole earth be filled with his glory; Amen, and Amen.

The hymn first appeared in Watts’s 1719 collection Psalms of David, Imitated in the Language of the New Testament under the title Christ’s Kingdom among the Gentiles. The first line is unusual for hymn based on a psalm – ‘Jesus shall reign’ – when Jesus is not named in the Old Testament. However Watts believed that the psalms should reflect Christian experience and often referred to Christ in his versions. These are the words:

1 Jesus shall reign where’er the sun
does its successive journeys run,
his kingdom stretch from shore to shore,
till moons shall wax and wane no more.

2 To him shall endless prayer be made,
and praises throng to crown his head.
His name like sweet perfume shall rise
with every morning sacrifice.

3 People and realms of every tongue
dwell on his love with sweetest song,
and infant voices shall proclaim
their early blessings on his name.

4 Blessings abound where’er he reigns:
the prisoners leap to lose their chains,
the weary find eternal rest,
and all who suffer want are blest.

5 Let every creature rise and bring
the highest honours to our King,
angels descend with songs again,
and earth repeat the loud amen.

Several commentators have remarked that, regardless of the author’s intent, this hymn certainly coincided with the rise of the British Empire, and it would have been likely that a congregation in England who sang it in the 18th century would have made a link, consciously or subconsciously, between the Empire and phrases such as ‘his kingdom stretch from shore to shore’.

The tune I know is Truro, by Charles Burney (1726-1814), a central figure in the circle of distinguished artists and literary men of his day. Sir Joshua Reynolds painted his portrait. He was the father of the novelist Fanny Burney.

Here it is sung by the choir of York Minster.

It is also sung to Duke Street, which I know better as the tune to Fight the Good Fight, which I wrote about here.

Here is a version by First-Plymouth Church Lincoln Nebraska:

And here is a delightful piano duet.