The #MeToo movement now represents a threat to basic justice 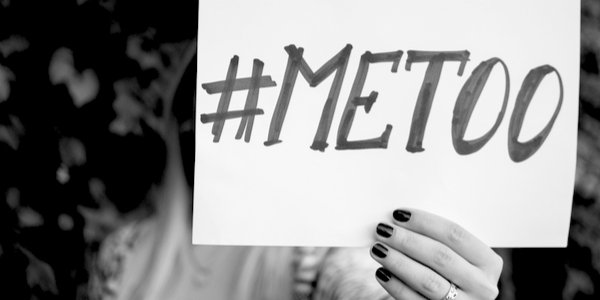 If you ever find yourself on a rape charge and you happen to have Jenni Russell on the jury then you should be worried. Jenni believes that ‘justice is being betrayed by society’s bias towards believing men’. In fact, as Jenni says in a Times column, she knows ‘how men with sterling reputations can behave’.

No need for evidence, ‘we just know’. Such is the prejudice displayed when discussing the Democrat takedown of Brett Kavanaugh. This is the kind of thinking that saw black men lynched in the Deep South on the say-so of the nice white lady. Sure, we just know what they are like. Those black men.

In fact, the last time the Democrats attempted a takedown of a Supreme Court nominee was indeed against that uppity black man Clarence Thomas, who was a conservative and refused to stay in his lane, aka the Democrat plantation. They failed then, but they destroyed his reputation in the eyes of many.

Jenni thinks that the default position has been: ‘Believe the men. That’s been the default position, not just for decades, but for millennia. A woman’s standing is instantly undermined by making an allegation. Women are dismissed as hysterical, or fantasists, or crazy for attention; as vengeful careerists or untrustworthy young girls.’

No. That has been the default position when Democrat men have been accused by credible women: even though it happened within memory, repeatedly to many different women and there was a course of familiar conduct displayed by the men. When these liberal men were involved, though, it was women such as Hillary Clinton who dismissed the accusers as hysterical fantasists, crazy for attention. That’s on them.

That is categorically not the case with Kavanaugh. In fact, this story is so flimsy it does not deserve the term allegation. First, we don’t really have an accuser. We have not seen or heard from Christine Blasey Ford in the flesh. Instead we have a photo of her and a letter from a liberal lawyer and a lot of Democrat politicians jumping up and down. This letter cannot state the time, place, or date of the supposed wrongdoing but we do know it was at least, at least, 36 years ago when both parties were in high school.

So no, this is not a cover-up by the Catholic Church, or Weinstein or Bill Clinton, or that other Democrat hero Ted Kennedy who left the girl to die at the bottom of the creek. This is a political takedown of a man with a sterling record for the job he is proposed to do.

This was always the problem with #MeToo – that it would ditch due process and inevitably be politicised and weaponised by the Left for their own agenda. And their agenda here is to delay indefinitely a Republican nominee joining the Supreme Court, which would ensure a conservative majority for decades to come. As the Supreme Court is the only way the Left can get their crazy policy changes passed (with five votes you can do anything around here) this fight is in many ways more important than the Presidential election. And as such the Democrats will do anything, including the last-minute trashing of a man and his reputation, to stop it.

If you want to know what a feminist matriarchy will look like, you are seeing it play out before your eyes right now. It will not be about protecting women: it will be (as it always has been) about trashing fundamental norms of Western civilisation. Those norms include: the presumption of innocence, due process, the requirement that there be some actual evidence before you can destroy a person.

Instead we will have the Jenni Russell law, where the ‘lack of proof’ of wrongdoing will be used as evidence of wrongdoing. Because remember: she knows, she just knows ‘how men with sterling reputations can behave’.

Where are these men with sterling reputations who abuse women? In the offices of The Times? In Westminster? In our hospitals? Who the hell knows, but we do know lack of proof is proof itself so let’s move to sentence first and trial later. Smearing, hinting and outright prejudice is what the trial will consist of because ‘we know’.

We certainly do know. The #MeToo movement now represents a threat to basic justice. It must be resisted.