The lockdown myth is exposed, but the mainstream media aren’t interested 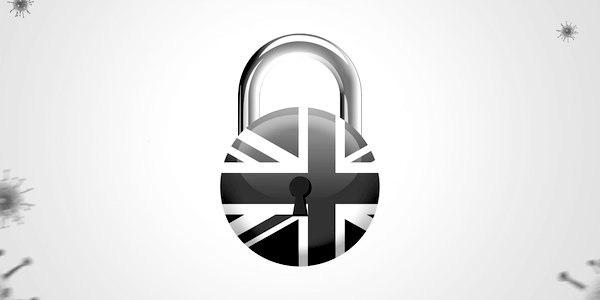 IS THE truth slowly coming out? The Lancet this week has published a paper exposing the myth that lockdowns have saved lives. Where, though, is the widespread media coverage? As usual, science that doesn’t fit the doom narrative gains little mainstream traction and quickly disappears, if it even surfaces at all.

The new paper by Chaudhry and others examines the impact of lockdowns and other factors on coronavirus outcomes in the 50 countries with the highest number of confirmed cases by May 1. It concludes that there is no relationship between lockdowns and death tolls in different countries: ‘Rapid border closures, full lockdowns, and widespread testing were not associated with Covid-19 mortality per million people.’ On the other hand, ‘population characteristics’ such as being more obese, older and wealthier are associated with increased overall mortality. This is some of the strongest evidence yet that it is the characteristics of populations rather than government interventions that most determines the course of Covid-19 epidemics.

The paper also finds that countries that locked down later had fewer cases rather than more: ‘A longer time prior to implementation of any lockdown was associated with a lower number of detected cases per million.’ On the other hand, it finds that delaying closing borders was associated with more cases (as might be expected), but, oddly, not with more deaths – suggesting that these interventions were not the decisive factors. Likewise, a fuller lockdown was associated with an increased proportion of recovered cases (as might be expected), but not with fewer deaths overall, again suggesting these are not the main drivers. Some of these apparent inconsistencies may be a result of the study relying on case data, which is heavily dependent on the number and context of tests done.

Nonetheless, despite the limitations, the study provides important evidence in evaluating costly interventions such as lockdowns and social distancing. Why then is it not being more widely discussed? And why is there not a lot more of this kind of analysis? The paper refers to only one other recent study that also evaluates public health interventions from a data rather than model point of view, a paper from April by Cowling and others, also in the Lancet.

Combining this with the fresh evidence that lockdowns have no relationship with death tolls and that timing of lockdown does not reduce case numbers, and you really are looking at no kind of evidence base for what is surely the most costly public health intervention in history. Are governments and scientists not interested in the facts? You have to wonder.

Sherelle Jacobs has been making similar observations in the Telegraph, taking the government to task for its cowardice in allowing the lockdown to slide into something more permanent to avoid the ever-present threat of the ill-defined ‘second wave’:

‘Modellers need to move on from Imperial College’s early assumptions and make use of the plethora of evidence-based data now at their disposal – something the recent “winter wave” paper commissioned by Sir Patrick Vallance failed to do, assuming an infection rate based on early deaths in China.

‘Imperial College’s research needs to be particularly scrutinised, as its international influence grows. Dr Seth Flaxman – the first author in the paper that notoriously claimed lockdowns may have prevented over 3million deaths in Europe – this week won fresh funding to model the pandemic across several countries.

‘Revelations that disrupt the narrative also need to find a stronger voice: within 24 hours, the scandal of PHE’s inflated daily death figures was running out of mileage. This week’s London School of Hygiene and Tropical Medicine modelling on the impact of the pandemic on cancer deaths never gathered steam. So too a paper by Oxford’s Professor Sunetra Gupta, which elegantly combined those uneasy epidemiological bedfellows – theory and evidence – to find some parts of the UK may already have reached herd immunity.

‘Finally, instead of mindless second wave tracking on a 24-hour loop, the broadcast media should put its energies into probing the dishonesty of politicians and assertions of scientists.’

At TCW we couldn’t agree more. But the way things are going, is this yearning for journalistic scrutiny, evidence-based policy and scientific rigour anything more than a hopeless fantasy? Some days it feels not.