NewsPaperthe art of publishing
Home News The killing of Lee Pomeroy, and a government in denial about crime...
0

The killing of Lee Pomeroy, and a government in denial about crime and punishment 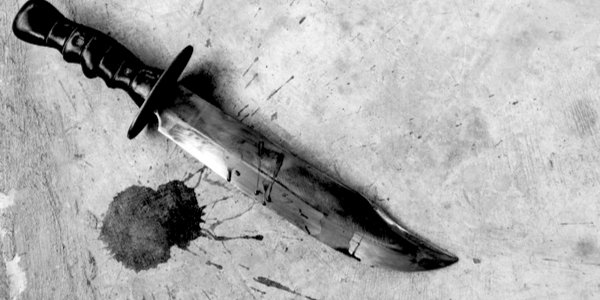 ON January 5 it was reported that 52-year-old Lee Pomeroy was stabbed to death on a train following an argument with an assailant, who had boarded at Guildford, Surrey. Mr Pomeroy was travelling to London with his 14-year-old son. A man has since been accused of murder.

Lee Pomeroy was a devoted family man, a mathematician with wide interests in art and music, and for whom the future held much promise. His killer robbed him of this. His son and widow have also been robbed of peace of mind and a future life unsullied by the bitterest of memories.

Forty years ago the death of Lee Pomeroy would have so shocked the nation that the reverberations would have gone on for a long time. But the terrible truth is that such events are now so numerous that they excite less and less concern. Within days, or sometimes hours, before most of us have absorbed the details of the latest criminal violence, the public’s attention is switched to the news of yet another killing.

It has now become almost customary that the first question to be asked is whether such an attack was instigated by a terrorist. But this question is irrelevant. What should concern us is not whether the killer was a jihadi, or whether the attack was planned or spontaneous, or if the killer was high on drugs, but the violence itself, and the fact that increasing numbers of offenders feel able to maim and kill in broad daylight, and in so doing, demonstrate less and less concern over any consequences they may face. The casual use of violence has become an everyday occurrence used by offenders, freed from the fear of a serious penalty, as a solution to irritations and minor problems.

The reporting of Mr Pomeroy’s death, as with that of many others, leaves the impression that the killings and violence which have dominated the media’s attention for several months are a recent phenomenon. They are not. The government’s own figures show that violence-against-the-person crimes have been rising for the last 50 years, and that by the turn of the millennium, our homicide rate had doubled since 1964. In 1926 there were 4.39 violent crimes per 100,000 of the population. Today, there are more than 1,400 a year. Perhaps even more disturbingly, the rate of second convictions for homicide has also risen.

Why has our violent crime rate increased so markedly? What has been set in train that enables violent criminals to kill and maim with ever increasing abandonment? The answer is that in parallel with the rise in violent crime, all governments have, since the 1960s, pursued a campaign of lenient sentencing, even for those who commit some of the most seriously violent and dangerous offences.

We do not need psychologists to tell us that if we reward bad behaviour, we will get more of it, and the appalling increase in violence which has occurred in Britain, unchallenged for at least five decades, illustrates this truth.

Those with the propensity for violence now have less need to curtail it than 40 years ago. Most will get away with their crimes. Only a minority of the few who are caught and found guilty of even the most serious forms of violence are sent to jail. The average sentence for the worst forms (short of killing) is just 23 months, which means 11 months actually served. The average time served for killing is barely 16 years. Even some double and triple killers escape whole-life sentences, and are given the chance of yet more parole.

What makes it worse (if that is possible) is that our government know all of this. It is their figures which tell us this story. They know that their lenient sentencing tactics fail to reform offenders or protect the public. They know that, contrary to false anti-prison propaganda, longer prison sentences are associated with reduced crime because their own analysis shows this.

It is also true that they are aware of the success, in those countries which have adopted them, of two or three-strike sentencing tactics in bringing about significant falls in their violent crime rates.

But all this is ignored by British ministers, officials and most MPs, who instead have developed a mindset of denial. Apart from a small minority, there has been no serious demand from MPs for a change in sentencing laws which allow violent criminals generally the freedom to roam and repeat their crimes.

If the Health Secretary insisted on the use of medicines which not only failed to cure anyone, but made them ill, and in many cases, caused their death, he or she would lose their job and possibly be sectioned or imprisoned. Absurd though this seems, it is an exact parallel of what is going on in the field of criminal justice.

Lee Pomeroy is as much a victim of government intransigence and cold indifference as of a knife. It is not the case that ministers and officials are faced with a problem which no one knows how to solve. Our experience over the last 60 years has repeatedly demonstrated that it is lenience which has eased the restraints previously felt by would-be killers. Their violent propensities have been given the green light. Yet the evidence shows unambiguously that the threat of draconian terms of imprisonment will cause most violent offenders to throw in the towel. The case for locking up, for most or all of their lives, those who are not deterred by such a threat should be unarguable. In the final analysis, violent criminals should be imprisoned for what they have done, meaning terrible crimes should attract terrible sentences.

The ruling elite should take notice. Their continued denial of the public’s right to be properly protected from violent offenders may set off social and political upheavals it would be better to avoid.