The Irish border question: A primer 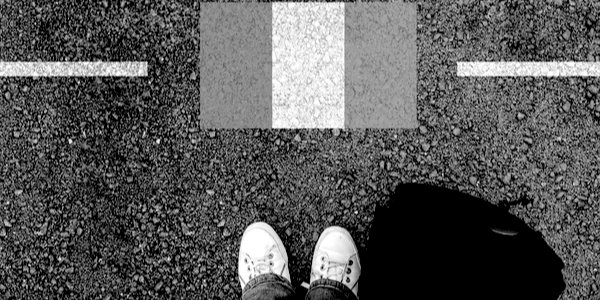 NOW we have been told that Mr Johnson has made a revised offer to the EU, no doubt details will begin to trickle out. All that has been put in the public domain by the Government so far is a four-page covering letter plus some explanatory text.

But what we really need to see is the revised Withdrawal Agreement and Political Declaration text. The devil always lies in the detail and, if experience is any guide, for days (possibly weeks) until the MSM know the full proposal, we will be bombarded by a stream of uninformed comment, speculation and (in many cases) complete bull***t masquerading as news.

However, as the proposal appears to focus on the Northern Ireland border, it is worth taking a cool look at the issues before the hype washes away all clarity and objectivity.

There is cross-border co-operation on smuggling, crime and terrorism, and there is a common travel area avoiding the need for extra checks on people crossing between the Republic and Northern Ireland.

The EU claims that unless the border is policed there is a risk that the UK will export products to the Republic which do not meet EU standards for food and goods. This is generally expressed by the EU as a concern for the integrity of the single market.

That depends on who you speak to. There are political and practical issues on which the sides cannot agree.

The UK side consider that the border is being used by the EU as a political negotiating ploy to keep the UK as a subordinate in a single market/customs union relationship. This is not what the people of the UK expected when they voted to leave the EU in 2016.

The EU’s position is that the only way to maintain peace on the island of Ireland is for there to be free movement and passage across the border for people, goods and produce. The only way the EU says this can be achieved is for the UK to stay in a relationship that is (essentially) the same as staying in the EU.

The definition of a ‘hard border’ seems to vary considerably, and even the most elementary conversation on the issues quickly becomes mired in crossed wires and misunderstanding.

The UK has guaranteed that it will not introduce border posts and checks. HMRC says it will not need physical infrastructure at the border ‘in any circumstances’.

From a practical perspective, the UK has adopted all EU laws, rules and standards for the last 40 years. Compliance of UK produce exported to the Republic will not be a real issue in the days immediately after we leave the EU. As time passes, the UK will diverge from the current EU standards, and it may, at some point, become more of a real concern.

Compliance and quality standards are more usually enforced by Trading Standards organisations, who operate away from the border area. Customs and Revenue officials are principally concerned with the collection of tax on imports or exports, not compliance.

Recent statements from the UK Government suggest that they have proposed to maintain the same veterinary, sanity and phytosanitary standards (to protect humans, animals, and plants from diseases, pests, or contaminants) in Northern Ireland as in the EU. Although details are not yet available, we can presume that the future cross-border movement of agricultural products and livestock can continue as now.

Cross-border transactions already require paperwork or electronic filings to handle the different tax regimes and currency adjustments. Such trade on the island of Ireland is mostly regular shipments of the same goods. Repetitive trade is well suited to established technical solutions and simplified customs procedures are already available in the EU’s Customs Code.

The EU knows the options on avoiding a hard border on the island of Ireland but has chosen not to go down that route. It produced a report in November 2017 called ‘Smart Border 2.0’ (PE 596.828) specifically dealing with a technical solution independent of any political solution between the EU and the UK. This was the basis of the ‘Alternative Arrangements for the Irish Border’ report in July 2019, known as the Malthouse compromise.

Despite the whingeing and whining from the CBI, cross-border transactions are not hugely complex or time-consuming. I have worked at many oil terminals in the Netherlands and Belgium where multi-million-dollar cargoes from third countries are handled daily using the Approved Economic Operator (AEO) scheme with negligible additional paperwork. Even if you are not an AEO-approved company, imports and exports for major consignments are completed with minimal additional form-filling.

Quarterly VAT returns in the UK already include boxes to enter overseas sales and income. There is no reason why the existing systems cannot be extended to cover the cross-border customs levies.

Product qualities are ensured using existing ISO certification and approval systems (there can’t be many manufacturing companies in the UK which are not certified to ISO 90001 at the least). We can also assume that there will be exemptions for smaller businesses and farmers in Northern Ireland.

The UK and the EU could agree on a basic free trade agreement (FTA), where no customs duties apply to either imports or exports. To date, the EU has refused to discuss any possible FTA until after the UK has left the EU. If the UK leaves the EU without an FTA, the UK will have little option than to apply the same tariffs on imported EU products that the EU will impose on UK exports.

It appears that in any logical world an FTA would solve most of the present ‘border’ issues so that the details could be hammered out in the following months or years.

The issue of the Irish border as it now stands is therefore one for the EU, not for the UK. The question is what new checks it proposes on its exports to the UK and imports from the UK.