The immigrant determined to halt our borders free-for-all 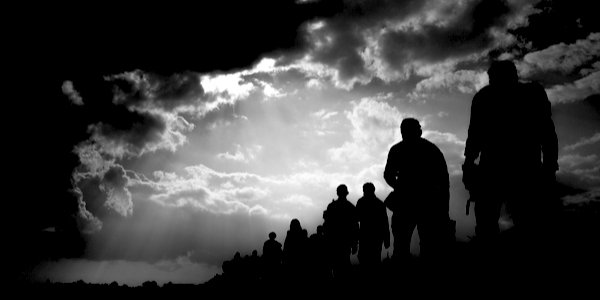 EARLIER this summer former FCO diplomat Alp Mehmet took over from Lord (Andrew) Green of Deddington as chairman of the think tank Migration Watch UK. He started as he meant to go on, and has not let up over the summer, holding Boris Johnson’s feet to the fire inter alia over his proposed illegal asylum amnesty. Headlines such as ‘Boris Johnson urged to bin amnesty for illegal immigrants amidst warnings it could cost taxpayers £2.5billion’ followed.  He has also held the Prime Minister to account over the still very high migration figures to the UK. Net migration from outside EU rose to 219,000 in year up to March.

Nor has he allowed pollsters or the government to get away with the idea that the public are sanguine about such levels of migration. They are not, as Migration Watch’s calculation that 30million people want to see migration reduced confirms.

Few are better placed than he ‘to speak truth to power’ on behalf of the British people on this tricky, emotionally and politically charged subject or better qualified for this role. In conversation with The Conservative Woman to mark his appointment, he revealed his own migrant origins.

He was only eight years old and unable to speak a word of English when he arrived in the UK from Cyprus with his parents in 1956, he recounted. Like so many of the migrants who came before him and have followed him, his family’s first port of call was London’s East End, where he grew up and went to school. His first employment followed with the UK Immigration Services. After nine years on the front line stamping passports at Heathrow and Dover he was spotted by the Foreign Office for a secondment to Nigeria on entry (visa) clearance immigration work. It was to open the door to a distinguished diplomatic career. From his first position as Private Secretary he rose to Ambassador (becoming one of the first two British ambassadors from ethnic minority backgrounds to be appointed) during which time he took in Ceausescu’s Romania, Hong Kong, Bonn and Berlin before finally landing at Reykjavik, Iceland.

He explained that it was his sense of wanting ‘to give something back’ that led him, after his retirement, in 2009 to join his former FO colleague Sir Andrew Green at Migration Watch UK. This was the independent think tank that Sir Andrew had set up with the Oxford demographer, Professor David Coleman, in response, he said, ‘to the public being kept in the dark about migration’. It had ‘under Tony Blair’s Labour’ risen to unprecedented and unsustainable levels driving the subsequent future population growth. MW’s objective was, and still is, to reduce migration to manageable levels.

Alp’s own experience precipitated his awareness of concern with Britain’s immigration crisis and as far back as the 1970s he began to see the first examples of what was to become a much bigger problem:

‘The fact was then, as now, that the country was looking for cheap workers, really. We were looking for people to come and work in the rag trade, in catering and the service sector in one form or another. In theory there were guidelines in place for who qualified for a work permit; the experience and qualifications that were required, and so on. But in practice, many of those who turned up with work permits for jobs in restaurants or to sit at a sewing machine would probably have been more comfortable behind the wheel of a tractor or milking a cow.

‘In truth, I came across very few genuine waiters or machinists (I had worked in restaurants as a student and my father was in the trade so I really did recognise a waiter when I saw one, and my mother was a seamstress) but the restaurants and clothes factories didn’t seem overly concerned. I suppose they knew that the skills needed could be taught quickly and the migrants who came in were hard-working and cheaper than domestic labour. It was a section of the labour market that was more difficult to control than the indigenous population.’

‘My thought was that a lot of these people would be living in desperate circumstances, were prepared to work in all sorts of conditions for comparatively little money, certainly considerably less than if you were a native-born Brit. Then it became apparent that having arrived here, having taken these jobs made for them, relatively paid a lot of money (by comparison with home), was simply attracting more and more to come. Hence, what happened from 2004 onwards to 2013/14, when the Romanians and Bulgarians were allowed to come too, is they were in essence given free rein to come here at will.’

So had there been a problem with our immigration policy prior to 2004 and before the EU enlargement to 27 and then 28 countries? Yes, but 2004 in Mehmet’s view was a step change, though the problem certainly preceded it with regard to mass immigration.

‘After 1997, the Labour Party loosened controls to the extent that we went from relatively low net migration in the 90s – before the mid-90s, it was around 40,000, 50,000 per annum, and there were even years preceding that where it was negative, to now when annual net migration has been running at about 250,000. The business of having hundreds of thousands net coming to the country is a relatively new phenomenon. But the problem was that it so quickly got out of control. And that’s, to a certain extent, the problem that we face to this day.’

So why was there so little overt political concern at Westminster about this quite dramatic change to this country, in terms of numbers coming in? It was something that astonished me. ‘There’s a little bit in Tony Blair’s book, A Journey,’ Alp recounted ‘where he refers to the 2005 election’. It reveals Blair’s admission that they used the old legal ploy of ‘accepting, acknowledging and then ignoring’. ‘I think there’s a danger that we’re in that phase again,’ he went on. ‘I’d like to believe that perhaps Priti Patel is going to be a little more realistic.’

It is yet to be seen, I suggested, whether she will prove stronger than Michael Howard in that 2005 election – the last time the Conservatives really responded to public anxiety and which resulted in Howard being mercilessly pilloried in the MSM. Didn’t that lead to the Conservative Party, desperate not to be perceived as the ‘nasty party’ or to displease the BBC and centre-left press rebranding itself as modernising and ‘liberal’? Was that a turning point in their failure to be brave enough to deal with a very real problem?

The new Chairman of Migration Watch, though not disagreeing, gives Theresa May due credit for trying.

‘Whatever Theresa May’s faults were, she was genuinely committed to reducing immigration. And was backed by David Cameron. Now, it may be that she failed and she failed spectacularly. I will accept that. But she did try. She genuinely tried. I always felt that she was one of the better Home Secretaries, for all sorts of reasons. Her two successors, in the shape of Amber Rudd and then Sajid Javid, all I can say is they’re probably much better Secretaries of State in the jobs they’re doing at the moment than they were as Home Secretary. I think that in Amber Rudd’s case she disengaged from the issue while Sajid sought to give the impression of action but in practice did little more than pander to the business lobby and try to neutralise the Windrush fall-out, which, to be fair, was the reason he ended up in the job.’

He does not, however, go along with the cynicism that suggests that politicians are all in it for what they can get. Rather, he feels, ‘They are inclined to say things that they can get away with, without really having to commit very much. Not because they don’t want to. Not because politicians aren’t committed to creating a society where all of us are enjoying a better life and are happier. But the fact is, that if you do make a commitment, and having made that commitment, made that promise, you then fail, it doesn’t go down too well with the electorate. That’s what happened really with Theresa May, and with David Cameron, over their tens of thousands target. It became a bit of an albatross.

‘I think they meant what they said, they were committed to it. But in the end it seemed that it wasn’t possible, therefore let’s remove the target.’

Migration Watch’s argument against that is clear. Rather than remove it, ‘what they should have done was devote the right amount of resources to working towards achieving it. Now the fact is that they are going to abandon it. The risk of what is happening is reverting to a position where it all gets out of control again.’

Mehmet believes strongly that we should have the control that everyone wants and that what most people in this country would like is a firm, fair immigration system and this means getting back to more sensible levels of immigration: ‘Controlling ever-increasing numbers is not what most people want. That’s, in a way, Migration Watch’s petition that we have up at the moment. That is what it shows, not only that people feel strongly about illegal immigration.

‘The public want illegal immigration to be controlled because they think it’s a serious problem. They also see that giving amnesty to those who have been here illegally is wrong. Drawing parallels with Windrush, which was about people with every right to be here, is absurd. I’m a Windrusher, I came here in that period, my father came in 1950 from a part of the Commonwealth which was part of the British Empire. There was no question that he or I or those like us didn’t have the right to be here and, indeed, that our children don’t have the right to be here. If you’ll excuse the language, Windrush was a gigantic cock-up. The policies that were in place (and misapplied) were designed to address illegal immigration which is a very significant problem, not those with a right to be here.

‘Immigration as an issue and immigration policy have been drifting, for the past three years. That is seriously dangerous. And I hope that Priti Patel, as far as immigration is concerned, gets the grip that the issue merits, because if she doesn’t, it’s an issue that’s going to come back to bite all the politicians, and in particular the Conservative Party.’

The second part of this conversation, on why the numbers matter, will be published later.