The funerals I’ve taken and the lessons I’ve learned 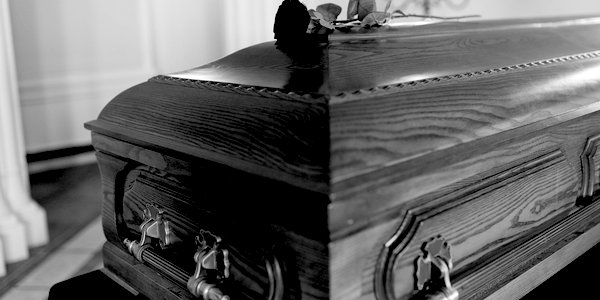 This is an edited version of a sermon on Ecclesiastes 7 preached in the Parish Church of the Ascension, Oughtibridge.

The Teacher of Ecclesiastes, the Philosopher-King of Jerusalem, is realistic about what life can be like in a fallen world in which sinful humanity is under the sentence of death, pronounced by a just and holy God: ‘I the Preacher was king over Israel in Jerusalem. And I gave my heart to seek and search out by wisdom all things that are done under heaven: this sore travail hath God given to the sons of man to be exercised therewith. I have seen all the works that are done under the sun; and, behold, all is vanity and vexation of spirit.’ (Ecclesiastes 1v12-14 – King James Version)

This is a world in which the wise man and the fool share the same destiny – the graveyard or the crematorium, either way a coffin. So is there any point in being wise? Is there any point in avoiding doing the wrong thing and instead doing the right thing in daily life and in our general conduct and relationships?

Actually there is, the Teacher affirms in this wisdom section of his sermon in Ecclesiastes chapter 7. He affirms the value of living wisely in the world because the Teacher is not an atheist. He believes that this world, though fallen, though under God’s righteous curse, is still governed by a good and almighty Creator. There is a moral order to found in the world, put there by God. The Teacher is not a nihilist, a believer that life has no purpose. There is value in pursuing godly wisdom.

Certainly, the Teacher rejects a slot-machine approach to wisdom. Live wisely and you’ll prosper. You’ll get promotion. You’ll avoid the fate of the dead-end job in late middle age. The Teacher is too realistic for the simplistic prosperity gospel: ‘In this meaningless life of mine I have seen both of these: a righteous man perishing in his righteousness and a wicked man living long in his wickedness.’ (Ecclesiasts 7v15 –NIV)

Think of some of the elderly rockers who helped to corrupt Western society in the 1960s by glamorising drugs and promiscuity and general moral disorder. Here they are, still rocking in their 70s, making huge sums of money with some of them sporting knighthoods.

In a fallen world, the wicked can and do prosper. So, the Teacher in his biblical realism rejects any notion that the path of godly wisdom always leads to prosperity.

But nonetheless the Teacher affirms that it is better to run with the moral order God has built into his creation. Human life generally goes better if we live wisely, not always, but generally.

It is wise to be mindful of one’s reputation, how we are perceived by others, to be self-aware about the reputational impact we are having on other people, because we are social creatures who need friends and companionship and need to earn a living. A good name is indeed better than perfume. That is surely evidently true and any thinking person, Christian or non-Christian, would be able to see the wisdom of that. But what about the Teacher’s declaration that the day of death is better than the day of birth and that the house of mourning is a better venue than the house of feasting?

We might not be so inclined to agree with that. But if I may illustrate the Teacher’s wisdom from my own experience, that may help to shed some light.

I happened to grow up in a home without much of an extended family. All my grandparents were dead by the time I was nine and I did not attend their funerals. I attended no other family funerals as I was growing up. I knew of some schoolmates who had died but I was not close friends with them, so I didn’t go to their funerals.

It was only when I got ordained at the age of 32 that I started attending funeral services because I had to take them. I had been to a lot of parties by the time I was 32 but to no funerals. I found taking them very difficult, indeed exhausting, as a young man so unused to funeral services.

But the sight of the coffin in the church or the crematorium, though uncomfortable, was of more spiritual and moral value than any party I had ever been to. It brought home to me that that coffin is where I’m headed; it taught me to number my days and helped me to be mindful that one day I will be standing before the judgement seat of the Lord Jesus Christ, with his atoning death on the cross my only hope of forgiveness and salvation.

It taught me the wisdom of the prayer in Abide with me, still quite often sung at funerals: ‘Hold Thou Thy cross before my closing eyes; shine through the gloom and point me to the skies. Heaven’s morning breaks, and earth’s vain shadows flee; in life, in death, O Lord, abide with me.’

For an urban party boy like me, the house of mourning was indeed of much greater value for daily life than the house of feasting.