NewsPaperthe art of publishing
Home News The failure of Ofsted
0

The failure of Ofsted 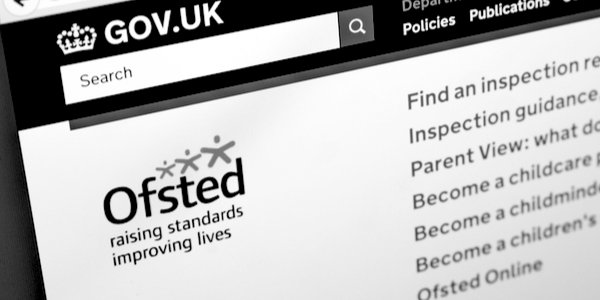 ARE you aware of ‘what an effective job Ofsted has done in shining a light for almost three decades on the performance of our schools and colleges’?This is the assertion of former education secretary Baroness Nicky Morgan. It is made in her foreword to a report by the Policy Exchange think tank, entitled The Watchmen Revisited. She adds: ‘Ofsted’s annual report is a key moment in measuring the overall improvement of the English education system. Those of us who want to see continued rising standards should support the role Ofsted performs.’

The baroness is certainly right to stress the important responsibility Ofsted carries as the watchdog for our school system. As a former Ofsted inspector myself I have to admit, sadly, that its record since its creation in 1992 has been largely that of the dog that did not bark.

Until recently, for example, the GCSE fiasco of dumbed-down exams and huge grade inflation was presided over by Ofsted. Our knowledge-lite but PC-heavy national curriculum was, similarly, presided over by this inspectorate. The same was true of the decline in standards of literacy via the phonics-averse and so-called ‘real books’ approach to the teaching of reading. That, too, happened under the watch of Ofsted.

Chris Woodhead, chief inspector from 1994 to 2000, tried to rattle the Ofsted cage but was effectively marginalised by the organisation he headed and, after a brave fight, felt the need to resign. When Michael Gove took over as education secretary in 2010 he staged a fightback, but he was outwitted by the educational establishment while Ofsted’s inspectors stood quietly on the sidelines.

Ofsted failed, with the exam regulator Ofqual, to discharge its responsibility to warn Gove that his introduction of tougher exams would mean nothing if grade boundaries were lowered. This has now happened, with Gove labelled as a toxic part of our educational history.

Probably the greatest damage perpetrated by Ofsted on our children has been to oblige teachers to deploy fashionable but ineffective teaching methods. Under the seductive guise of ‘child-centred’ learning these have, in effect, been enforced by inspectors.

In her insightful book Seven Myths About Education, Daisy Christodoulou points out that, generally, teacher-led lessons are marked down and child-centred lessons are marked up by inspectors. ‘Ofsted require teachers to give children the control of the classroom . . . they warn teachers against giving too much direction . . . some of the lessons Ofsted praise are very bad lessons.’

A new Ofsted inspection framework introduced in 2019 focuses on the quality of education more broadly than individual lessons. In theory, therefore, teachers have less to fear if they use methods that work rather than methods that promote fake ideologies about ‘child-centredness’. This scarcely matters, however, since these days schools are saturated with educational quackery.

To speak up for the inclusion of a greater element of more didactic teaching is utter heresy. Few, if any, such heretics will make it beyond the process of applying for teacher-training. A vigorously enforced filtering system will keep all but the most covert from getting into the classroom.

To the educational establishment, it is inconceivable that there might be a much better and more cost-effective way of teaching children. ‘Look at China, Singapore, Hong Kong, South Korea or even Estonia,’ you might argue. ‘No,’ is the Blob’s answer. ‘We know best. We have nothing to learn from bloody foreigners with a different culture.’

The Policy Exchange report has some difficulty in fully facing up to the home truths about Ofsted that I have highlighted. It does, however, ask, ‘whether Ofsted has gone beyond statutory requirements and Department for Education guidance to create its own education policy’, which self-evidently it has. It even wonders if ‘Ofsted has a preferred method or approach’. It wants to raise this question, though, only within the narrow confines of ‘the length of Key Stages and on how to prepare learners for life in modern Britain’.

To avoid upsetting Ofsted, Policy Exchange balances these questions with praise based on some fundamentally flawed assumptions such as ‘Ofsted has therefore played a critical role in ensuring that over 80 per cent of children are now taught in Good and Outstanding schools’.Only by redefining the words ‘good’and ‘outstanding’can the use of them be justified. International comparisons, employer surveys and remedial courses being run by universities all give the lie to Ofsted’s school quality assurances.

The Policy Exchange report does, nevertheless, provide a valuable but highly sinister insight in relation to faith schools:

‘It is also important for Ofsted to recognise that, however unintentionally, some of the language they have used has created a perception amongst some faith communities that Ofsted has a secularist agenda. The term “muscular liberalism” was repeatedly cited to us as a concern by individuals of many different faiths, as was the perceived suggestion by Ofsted that freedom of religion should be limited to the private sphere.’

Ofsted has a key role to play in our education system but has, for too long, played that role badly. I applaud the Policy Exchange report for recognising that ‘there have been too many occasions when a secularist bias has been displayed’.The report does us a service when it stops distorting the evidence in order to praise Ofsted and follows where the evidence actually leads.