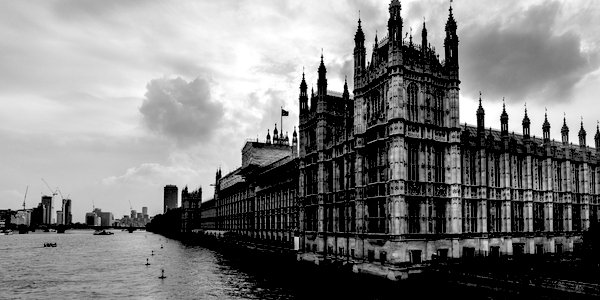 THIS evening around 7pm the House of Commons will vote again on Mrs May’s Withdrawal Agreement; exactly the same as the one they defeated before, despite her claim of a new legally binding backstop assurance won by her eleventh-hour dash to Strasbourg and her friend Jean-Claude Juncker, a claim forensically disproved here.

Then we will know. We will know if the EU’s pincer strategy has paid off.

Two weeks ago Briefings for Brexit drew our attention to an article in a French financial newspaper that disclosed the ‘choreography’ for the next few weeks which, it believes, is aimed to frighten the House of Commons into approving the Withdrawal Agreement with no substantive changes.

Our future, according to this choreography, is in effect the fulfilment of the great dream of General de Gaulle, and the acolyte Barnier – the subjugation and humiliation of the UK, that nation so deeply resented by France and in need of taking down a peg or six.

Worse, the article reveals that this strategy has the full co-operation of Mrs May and the British negotiating team. ‘On both sides of the Channel,’ says Les Echos, ‘there are “indications” of a strategy to push the Commons into making a choice at the very last moment between May’s Withdrawal Agreement – “with tiny adjustments” – or “jumping into the abyss” with a No Deal Brexit. This is a pincer movement being implemented by the British government and the EU, working together.’ The finale will be to administer ‘an electric shock’ to MPs, by facing them with the WA unchanged or No Deal and total chaos.

As with electric shock treatment, the voltage is being turned up by the day and it is working. It’s already jolted previously resolute Brexiteers into surrender mode; the Spectator in an extraordinarily volte face told MPs last week to throw in the towel; then the Sun and the esteemed Janet Daley of the Telegraph followed suit, telling MPs they must after all swallow the toxic WA, despite its evident long-term entrapment and cliff edge in two years, at the cost of £39billion, just for starters.

Les Echos described what we are witnessing.

This has proved not to be, as David Davis and others have so naively hoped, a matter of the UK taking the EU down to the wire. Quite the reverse, it’s been the EU taking the UK down to the wire in a process of humiliation through to abject surrender, raising the voltage in a manner reminiscent of the famous Stanley Milgram experiment until even the independent-minded comply.

With another set of hands at the dials – those of the ‘Conservative’ (what a grotesque misuse of that word) and Labour Remainer MPs, present in the Commons on the basis of party manifestos promising to implement Brexit, not Brino – and Mrs May’s collaboration, the final shock was administered that they hope will stun Brexiteers into legitimising life in the EU’s UK ghetto, which is all that the WA offers. The elimination of the No Deal default if the WA goes down bringing the threat of no Brexit at all.

Though MPs are engaging in what amounts to perjury, only their betrayed constituents can stop them. Though Mrs May is morally obliged to stop them (remember ‘no deal is better than a bad deal’?) she – the deep-dyed and morally flexible Remainer she is – has just cleared the path for them.

That’s why any truly honourable members left must hold firm against this intimidation. Walking away remains their only moral and political option if they wish to make Brexit happen. Yet the very MPs who should be asserting this continue to prevaricate and hesitate, ever behind the game.

Boris, Steve Baker, JRM, Leave’s political leaders, remain courteous when they should be outraged as well. These weeks should be showdown time with the EU, a final chance to resist, to fight back and stop appeasing the Leviathan,  and showdown time with May. Yet after what should have been a catastrophic defeat for her, what did they do but endorse her futile efforts to renegotiate the backstop and settle for her false choices?

Why, in a word, have they been so wet?

It was never the time for soothing words or for joining forces with the Remainer MPs here or with Barnier over the Channel, whatever Graham Brady’s prior parliamentary or party unity concerns. They were a mistake and have led to this.

Boris, Baker and JRM, if they mean it, now must face up to the truth. Yesterday, even as they whistled in the wind about Malthouse  – A, B or C – the EU made its latest Dane Geld demand on pain of a delayed Brexit, showing that no punishment is too hard, to deter any other rebels in their midst, striking another humiliating blow at Britain.

Nor is this time for ameliorative words about ‘mutually agreed standstills’. The time now is for a show of moral disgust at an EU that’s sunk so low as to stir up the hatreds that divided Ireland, to destroy a peace in order to protect and extend its imperium. The time  to condemn Mrs May and her cynical false choice strategy is overdue.

Who or what are they afraid of?

Surely not of Mrs May herself? It can’t be that they share Sir Oliver Letwin’s alarm over the ‘terrifying’ prospect of a No Deal?

For the most part, that price has already been paid or factored in. Banks and City finance houses have had to activate their contingency plans. Investment has already hit a wall. If there was any concern about a doomsday scenario, it peaked months ago, and has been ebbing away ever since. March 29th is the moment Brussels will lose the leverage of the Article 50 process. It will instead find itself having to explain to EU national capitals how it so misjudged the Brexit negotiations.

A new situation, yes, but whatever may be the temporary mess it will be less so than Europe’s, given their greater trade dependency on the UK and their far greater loss of face. With so much at stake businesswise and electorally, ideology will no longer cut much ice and the pressure will be to sort it out in a practical fashion.

Boris and JRM should know ‘there is nothing to fear but fear itself’. They should also know that if they fail to stand against a Prime Minister who’s proving, at best, as obdurate and incompetent as Earl Haig was over the five years of the First World War, and at worst, treacherous, history will condemn them too.