The drag artist who stood up to the Left 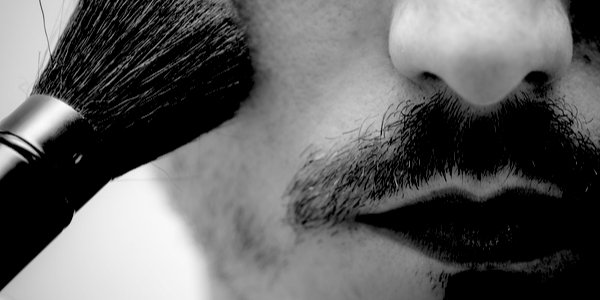 When the late Danny La Rue was our foremost female impersonator, the setup was easily understood: a homosexual man extravagantly dressed as a woman, performing mildly risqué songs such as The Girl With A Little Bit Extra.

With Danny seen in civvies almost as often as in costume, it was all rather innocent and definitely apolitical. But in these more sensitive times, how should one address a drag queen who appears to exist only in character – as male, female, gender neutral or something more esoteric?

Although performing as an exaggerated representation of a woman, is the artist nevertheless to be acknowledged as a man playing a role? Or does the female alter ego transcend the individual behind the garish make-up? Even more complicated is a drag artist who identifies as a trans-woman: does this represent a biological male, who feels female, doing an impersonation of a man masquerading as a woman? At which point I reach for the paracetamol, especially if he/she adds to my bewilderment by covering Shania Twain’s anthem Man! I Feel Like A Woman!

The reason for my grappling with drag queens, so to speak, will become apparent. The thorny matter of gendered pronouns had earlier been brought back to mind by the recent ConWom article ‘Just when you thought the world couldn’t get any curiouser . . .’  in which Jane Kelly recounted the conviction in April of transgender warrior Tara Wolf, 26, for assaulting 61-year-old feminist Maria MacLachlan. The defendant was described in press reports as an ‘aspiring model’; but having earlier vowed to ‘f**k up some TERFs [Trans-Exclusionary Radical Feminists]’, however else Tara Wolf might pose, it evidently will not be as a model citizen.

Despite finding Wolf guilty, District Judge Kenneth Grant censured the victim thus: ‘It was noticeable that when I asked Ms MacLachlan to refer to Ms Wolf as a “she”, she did so with bad grace – having asked her to do so she continued to refer to Ms Wolf as “he” and “him”. During the trial, in response to a warning from the bench, MacLachlan had countered: ‘I’m used to thinking of this person who is male as male.’

Maria MacLachan subsequently gave ConWom a first-hand account which confirmed the details of her courtroom squabble over pronouns. While District Judge Grant is presiding, the traditional oath to tell ‘the truth, the whole truth and nothing but the truth’ appears to be of secondary importance: when describing one’s assailant, biological accuracy seemingly must not violate the sensitivity of the defendant.

Although the convicted Tara is a male Wolf in Bo-Peep’s clothing, all reports of the case dutifully referred to the self-declared trans-woman as ‘she’ and ‘her’. Also employing exclusively female pronouns, and which raised in my mind the vital questions which opened this piece, was the recent press coverage of drag artist Vanity von Glow.

Vanity (thy real name is Thom Glow) made news for having performed at the May 6 ‘Day for Freedom’ – a pro-free speech event at which speakers included Tommy Robinson, Milo Yiannopoulos, Shazia Hobbs, Raheem Kassam and Anne Marie Waters. For some reason the Left, which constantly exhorts us to ‘celebrate diversity’, was on this occasion strangely reluctant to applaud the varied genders, ethnicities and sexualities of the line-up.

Caricatured as a far-Right rally, the aforementioned names are not a rollcall with which the Left permits an exotic entertainer to keep company; having quickly become persona non grata, with tiresome predictability several specialist clubs at which Vanity von Glow was due to appear promptly buckled under pressure and cancelled the bookings.

Displaying commendable resolve, Vanity did not, as might have been expected, immediately issue a mea culpa and plead for forgiveness, but instead remained admirably defiant: ‘The problem is that the far Left doesn’t just go for calling you names. Their party trick at the moment is to go for your source of income.’  The performer continued to espouse a more level-headed understanding of free speech than the critics: ‘I accepted the request . . . because I felt I would be a hypocrite to champion free speech only when it suits my own ideological ends.’

Interviewed on Sky News while in character, Vanity also made the rather astute observation: ‘If you stand still for five minutes at the moment, the Left go so far in that direction that we’re all far-Right.’

By no stretch of the imagination can Thom Glow or his alter ego be conscripted to the conservative cause. Nevertheless, as an example of how to react with fortitude and grace when under attack from the intolerant Left, Vanity von Glow has been a guiding light.