The Divine Right of Remainers 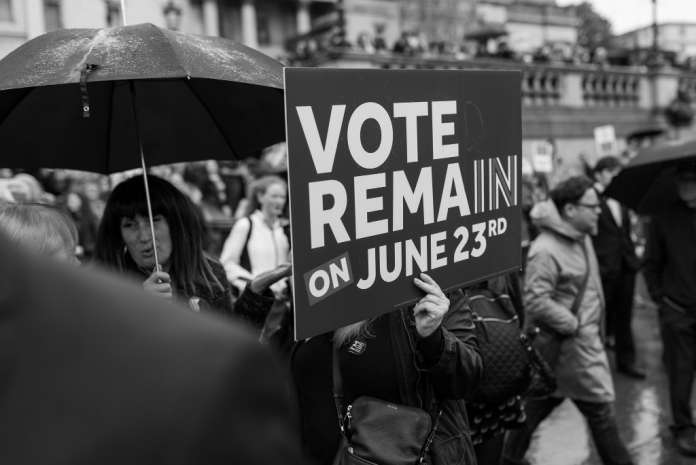 THIS is not the first time May has divided a cabinet in the middle of a national crisis.

Back in 1931 the May Report into state financing recommended budget cuts to Ramsay MacDonald’s Labour government. The May Committee was a cross-party endeavour and the Labour members produced a dissenting report. On one level, cuts to benefits and military pay and the rest made sense. The country was in the middle of the Great Depression. Rather than inflation, there had been a bout of deflation. This meant that the spending power of cash increased relative to goods and services. This was a powerful disincentive to spending money on capital goods, as the purchaser could hold on to the appreciating cash and pay less a while later. So people stopped spending, causing desperate businesses to cut prices further so they could sell their stock. The global economy ground to a halt as trade barriers were imposed. Deflation also meant that it was reasonable to cut benefits to restore people’s spending power to its original level. However, people instinctively oppose cuts in their pay, even when the arithmetic indicates that they are getting an unearned pay rise due to economic events.

MacDonald’s government was committed to a balanced budget, but was facing a huge deficit, partly due to debts from the Great War. It had rejected Keynesian policies put forward by Sir Oswald Mosley. But even with a frugal spending policy it still found itself unable to borrow money to fill the budget gap. At the same time there was a banking crisis, as numerous banks which had lent money to Germany found that they owed money elsewhere but could not cover their debts because their money was tied up in Germany. There was a run on the pound, which was tied to the price of gold, and gold was being withdrawn from the UK at an alarming rate. The nation faced bankruptcy and a collapse of the banking and trade systems.

In the end, the issue was resolved. Labour split as the bulk of the party walked away from the government benches to be replaced by a MacDonald-led coalition, the bulk of which consisted of Conservative MPs. For this ‘treachery’, MacDonald has never been forgiven by Labour, even though the party had no credible alternative to the MacDonald cuts. These were imposed, leading to a naval mutiny; Britain went off the gold standard, halting the run on the pound. It was discovered that the need for a balanced budget was not so great and the government found itself able to borrow funds again. Labour were slaughtered at the subsequent General Election, reduced to a rump of about 50 seats in the House of Commons. It took a World War and ceaseless campaigning by socialists during the conflict to bring Labour back to power. Despite the landslide of 1945, voters lost faith in Labour after six years, leading to 13 years of Conservative government.

But, apart from the coincidence of name, the events of 1931 are not really a precedent for the current events we are experiencing.

The nation has been divided over single issues throughout history, be it Home Rule, Free Trade, Corn Laws, the Stuart Succession, or the Gregorian Calendar. What makes us better than the continentals is that while disruptive, these schisms have not resulted in national collapse as has frequently occurred in Europe. France is on its Fifth Republic, which, while celebrating its 60th anniversary last year, is not the longest. Germany is on its fourth republic, not counting the Third Reich. Two of these republics ran in parallel. Italy at one point had formed more governments than there had been years since its surrender to the Allies. In Britain we have monarchical dynasties. The current dynasty, despite a change of name due to war, has been running since 1901. Its predecessor ran for 187 years.

There is one schism in England that divided the country in such a way as to be similar to continental disruption, but also the current crisis. That is the English Civil War.

The Civil War, or Wars to be more accurate, had many causes, but the main one was over the right of the monarch to rule as he saw fit, without Parliament, or more specifically the House of Commons, providing a check on his power.

The country was divided over the issue of the Divine Right of Kings. And this, while seeming glib, is a compelling analogy for our times today. The Remainers believe in the Divine Right of the EU to rule over us. Leavers believe in the sovereignty of our Parliament. The difference is as stark and simple as that. This explains why Remainers cleave to their beliefs with a religious fervour and will adapt any argument to fit their view, in the manner of an extremist preacher. Their allegiance to the EU is also a form of worship, conferring on the EU a secular divinity. Their arguments resonate with this association. When they talk of shortages of pharmaceuticals, they are in effect conferring upon the EU the divine power of healing the sick. They believe in the benevolent omniscience of the EU and its omnipresence. They adorn themselves with its symbol with the same intensity as a fundamentalist. Just as Charles I’s supporters believed their King to be closer to God than were common folk, Remainers make similar associations to the faceless and thus invisible bureaucrats that they have accepted into their hearts.

This also explains their cavalier attitude to Leavers. They are seen as heretics and traitors to a divine order issuing commandments from on high, or Brussels as it is otherwise known.

It’s Roundhead and Cavalier time again. The national schism in the 17th century was so deep that it required a form of truth and reconciliation in an Act of Oblivion that forgave all offences other than regicide. We are a divided country. It is hard at present to see what can bring us all together again to bicker over economic and social policy. Not even the fear of a Corbyn government seems able to do that.