The Curse of Europe claims another PM 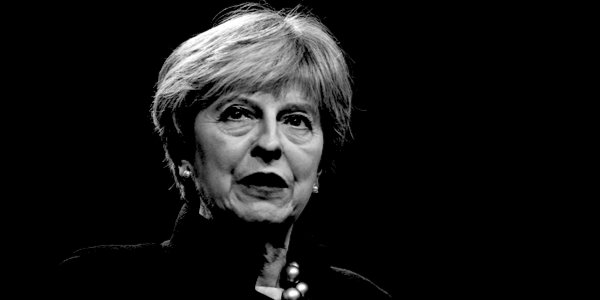 THE fall of a Prime Minister in circumstances other than losing a General Election is rarely a graceful affair.

Tony Blair, assailed from all sides from within his party for reasons of political rivalry and little more, had excellent timing, managing to leave to a standing ovation. Barely two months later, his hapless successor had to deal with the first run on a British bank in over a century. Things could only get worse after that. Less of a D:Ream, Brown’s premiership was a nightmare for both him and the country.

David Cameron, a very talented man, had his political career cut short due to the same issue that has dogged Conservative leaders since the 1930s, namely Britain’s relationship with the powers in Europe. This was Mrs Thatcher’s undoing, and crippled John Major’s ministry. The policy of membership of the Exchange Rate Mechanism contributed to the recession of the early 1990s. Ejection from the same caused the collapse of the central plank of government economic policy and the destruction of the Conservative Party’s reputation for soundness over the nation’s finances barely six months after a surprise election victory.

So on this basis, Mrs May’s fall is par for the course. When a Conservative Prime Minister collides with Europe, it is the Prime Minister that is holed below the waterline. Labour always dodges the collision by simply kow-towing to the Brussels technocrats in a way that resembles their slavish worship of the Soviet Union before its invasion of Poland in 1939.

However May’s long fall had a spectacular start, when she squandered her inherited majority and a substantial lead in the polls by going to the country less than a year after she took over. It is likely that her style of governance had precipitated a crisis in No 10 and she needed to secure a personal mandate. She never did. It was then that she must have known the end was nigh.

The problem might be that there really was no alternative to succeed David Cameron other than Mrs May. As I have previously written, for the last century, every person who has succeeded a Prime Minister during the life of a Parliament has been a current or previous holder of one of the other three great offices of state.

In 2016, that pool consisted of May, Osborne, Hammond and Clarke. Of this quartet, only May stood. She had perhaps read the entrails in early 2016 and realised her position, but also understood that Cameron would have to quit immediately should he lose the referendum. This explains her comparative silence during the campaign. While being a Remain supporter, she did not want to be so closely wedded to that side as to be tied to the mast of a ship that hit the rocks. With one bound, she was free and in No 10.

But Mrs May has the same problem as Gordon Brown. She is not a natural leader. She is clearly more suited to chairing and dominating a committee than exhibiting leadership and driving a hard bargain. Her career prior to politics was as an official in the Bank of England, and then as a bureaucrat in a banking service organisation. Cameron himself had her only as Shadow Work and Pensions Secretary prior to the 2010 general election, and so the promotion from there to Home Secretary was a huge jump. Cameron’s Shadow Home Secretary had been Chris Grayling, who in government was moved to Work and Pensions in a straight swap with Mrs May. The reasons for this might be due to controversy over remarks Grayling made about homosexual relationships just before the 2010 election, but he had also been Mrs May’s predecessor shadowing Work and Pensions. Another reason might be that Mrs May seemed to have the knack of preventing her brief having bad headlines, and that seems to be the only kind of headlines the Home Office can generate.

Unlike the ructions at the Home Office under Blair and Brown, Mrs May’s time was relatively quiet bad-headline-wise, despite the worst rioting in England for decades. She attracted no strong criticism in the job unlike most of her Labour predecessors, not even over her policy of sending advertising vans around London warning illegal migrants to leave or face arrest. But keeping a perennially controversial government department out of the headlines is not a good qualification for leadership.

Her premiership started so well. The speech on the steps where she dedicated herself and her government to people who were just ‘getting by’ promised hope. Her withering put-downs of Jeremy Corbyn showed fire. She was the first leader to visit Donald Trump. But this all turned out to be transient. There were reports of a toxic atmosphere in No 10. Where previously Cameron had allowed ministers freedom to run their departments and functioned as primus inter pares, it seemed that Mrs May’s style was more primo super omnes. That will work for a lucky Prime Minister with a landslide majority, but not for one facing getting the UK out of the EU, and especially not for one who needs a confidence and supply arrangement. The country required a strong and decisive leader who could wield an iron handbag in Brussels, not someone who could impose her will only on any committee she chaired. In fairness, it does appear that the civil service have gone rather native and do see themselves as the London branch of a corporation headquartered in Brussels. Brexit was regarded by them as a hostile takeover bid to be resisted until it went away. There is also the fact that every country which has held a referendum whose outcome was one that Brussels disapproved of has found itself somewhat destabilised and been forced to think again. It does not help that there is a definite pro-Brussels fifth column in Whitehall, Westminster, and in the media. Politicians should always check the family silver when Mandelson is saying and doing nothing overtly.

So Mrs May joins the casualty list of Conservative premiers laid low by Europe. Of the post-war generation after the UK applied to join the EEC, only Macmillan, Douglas-Home and Heath were not damaged by Europe. Perhaps the curse will be lifted when or if we leave.