The convincing case against lockdowns 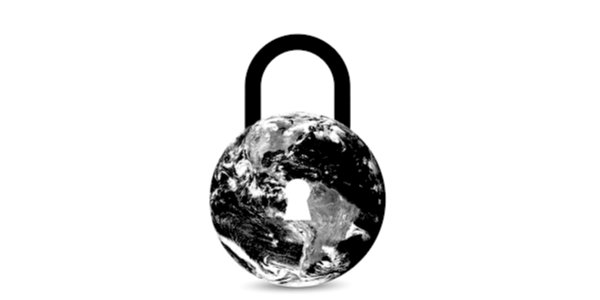 IN THE confusion and alarms of the coronavirus panic some things start to emerge.

Common sense would seem to say that, whether lockdowns are necessary or not, preventing people meeting must have slowed the rate of infections. But common sense would be wrong, because it is clear that the slowdown in infections preceded the lockdowns, as Will Jones wrote in TCW on Saturday.


Professor Carl Heneghan of Oxford University’s Centre for Evidence-Based Medicine (CEBM) has shown that the peak of the UK’s infections came a full week before Boris Johnson initiated lockdown on March 23. According to Professor Heneghan, draconian measures were not necessary, as the data clearly showed that infection rates had already halved after March 16.

Lyman Stone, who analyses demographic trends, thinks social distancing, closing schools and wearing masks are effective but lockdowns are not. He argues his case persuasively. He thinks that social distancing before lockdowns must be the reason infections fell.

Professor Michael Levitt is not an epidemiologist but Professor of Structural Biology at the Stanford School of Medicine, and winner of the 2013 Nobel Prize for Chemistry. In an interview with Unherd, he points out that in every country a similar mathematical pattern is observable regardless of government interventions.

Neil Ferguson’s paper which scared the UK into lockdown assumed exponential growth of infection of 15 per cent for six days. Professor Levitt says that instead of exponential growth, the deaths in places as diverse as New York City, parts of England, parts of France and Northern Italy, all seem to level out at a very similar fraction of the total population. The same thing has occurred to most of us.

He goes on to say: ‘I think the policy of herd immunity is the right policy. I think Britain was on exactly the right track before they were fed wrong numbers. And they made a huge mistake. I see the standout winners as Germany and Sweden. They didn’t practise too much lockdown and they got enough people sick to get some herd immunity. I see the standout losers as countries like Austria, Australia and Israel that had very strict lockdown but didn’t have many cases. They have damaged their economies, caused massive social damage, damaged the educational year of their children, but not obtained any herd immunity. There is no doubt in my mind, that when we come to look back on this, the damage done by lockdown will exceed any saving of lives by a huge factor . . . I think this is another foul-up on the part of the baby boomers.’

Epidemiologist Dr Knut Wittkowski thinks that even social isolation does no good, but believes it a small price to pay for ending lockdowns.

This is an excerpt from an interview with 21st Century Wire.

Dr Wittkowski: So, three weeks ago, I was sitting here and had already published the manuscript showing that the epidemic would be over soon, that this was just a regular flu, and no reason – that there was no reason whatsoever to close schools, and in particular, not to run the whole economy against the wall. The damage that was done to the economy is immense. And even if there had been a few more deaths than in a regular flu, which it wasn’t, but even then, the huge damage done to the economy could not be justified by whatever was known, even at the time when people started with the so-called social distancing or the second prohibition, exactly 100 years after the first prohibition, and we already knew how effective the first prohibition was.

Interviewer: So, tell us about some of the numbers. What have you seen that bolsters your view?

Dr Wittkowski: It is simply that the number of cases, even with a very liberal definition of what constitutes a case, is now dropping all over the world: in Europe and, well, it’s over in China; it is over in Korea, and in most countries in Europe, it’s also dropping; in others it’s levelling, and will be dropping soon. It is dropping in the United States, so there is no indication anywhere this would get worse than a flu during the flu season.’

People took fright based on what seemed to be happening in Italy and in the age of social media popular pressure is much more powerful than in the 1990s. Personally I am enjoying the lockdown, have plenty of work and find I love solitude, but the harm it may cause is incalculable.

I am however always an optimist and hope that if the lockdowns end now we can have a V-shaped depression and save a great deal from the wreckage.

What is at stake is Western civilisation.