The commonsense guide to stroppy teenagers 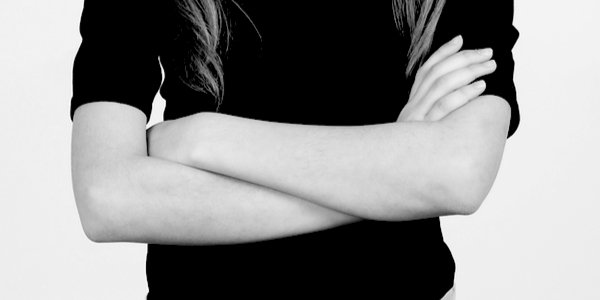 THE ‘no shit, Sherlock’ school of science tells us things which we know already in our bones, things on which humans acted for millennia, hardly even needing to think about them with the front of our minds. We simply steered with the seat of our pants.

Let’s take an example. Modern neuroscience vouchsafes the revelation that teenagers are more likely to be impulsive and to take risks than adults, that they relate to their friends in different ways, are more self-conscious and exhibit different sleeping patterns. It will explain these things by referring to factors such as proportions and uses of brain grey and white matter which differ from those seen in adults, ‘synaptic pruning’ or the role played by myelin. In sum, it will tell us that, because of developmental physiological changes, the teenage brain is imperfect in comparison with an adult one. It is a work in progress: teenagers are immature and this is why they sometimes act dumb.

Now, it goes without saying that such findings about underlying detail are inherently interesting, do help medics and do contribute to the sense of wonder we have about any aspect of creation or evolution (depending on your viewpoint), and it is right and proper that science is and should be pre-eminent in dealing with the material world.

However, science has begun to annex non-material, personal regions previously left to the humanities, the church or even common sense. These latter dispensations addressed what was acknowledged, first and foremost, to be a person rather than nothing more than an association of chemicals. Now the new rock stars and priesthood of science (you can hear the glib, smug, fast-talking species on programmes such as the BBC’s Infinite Monkey Cage) intercede and pronounce for us, alienating us from what was once familiar.

We dutifully conform to the expected choreography faced with their ‘revelations’ by exhibiting slack-jawed astonishment. Who knew that teenagers sometimes appear to be stupid, clumsy and lazy because their brains are still growing? Did these creatures drop from the heavens?

We forget, however, the most important fact about the teenage brain: that brain resides inside the head of the offspring of humans who were once teenagers themselves! These alien creatures sprang from our loins and could not be less alien to us if they tried. Could it be that in those humans who engendered them there is implanted, just as it is in a lion or a gorilla parent (creatures which seem curiously untroubled by our anxieties or self-help books), an instinct to know exactly how to deal with offspring without the least hint of disempowerment or tremulousness? Could it be that a mammalian creature whose very existence depends on sexual reproduction has a natural bent for raising its children and knowing what to do with them? Indeed, that what comes naturally derives from a nature in existence thousands of years before scientific method was even a gleam in the eye of Francis Bacon or Aristotle? Has science, which was preceded temporally and philosophically by nature, made us distrust or even alienated us from ourselves? Does this say something about the curious relationship we now have with our own invention? Are we now in thrall to what used to be our tool? It was supposed to make us superior to the other species! This paralysis before our own children wasn’t supposed to happen!

This may sound like dangerously setting up mere ‘instinct’ against the ‘experts’. Obedient prostration before science is what the new orthodoxy considers to be proper. What exactly is the status of the instinct that preceded science in relation to science? After all, science was a latecomer in human affairs and history and, perhaps the reason on which it is based comes after the instinct inherent in our nature. This, of course, is dangerous territory as it suggests we already ‘know’ things without the aid of science (based on the Latin verb scire, ‘to know’), a view which is almost heretical in our times. If that is the case, from where does such ‘knowledge’ derive?

What were we before the advent of science, and still are despite its advent? We surely weren’t the modern, disembodied head-in-a-jar version that thrives solely on data, maths and scientifically presented ‘evidence’? The cerebral sage and poet T S Eliot spoke of a regrettable ‘dissociation of sensibility’, or an alienation from ourselves, that occurred as the Enlightenment was getting under way. He lamented the fact that this decline meant that we differ from beings such as William Shakespeare and John Donne. They apprehended knowledge through the whole embodied person where thought and emotion were almost the same thing. A human was sexual, sensuous, intuitive, instinctual and trusting of gut feeling. He or she used the whole body to apprehend others through ‘body language’ and emotional intelligence as an unthinking default, knowing no different. Compared with this instinctual way of responding to the world, the scientific way might seem a lesser rather than a greater one. This because it is relatively slow, deliberate and clodhopping, especially in the field of human relations.

Recent years have seen the woeful failures of maths-based science and big data to reduce the human spheres of politics and economics to something which is predictable, thus giving the lie to the mastery of the scientific method when applied in these areas. One has only to look at the polling forecasts for Brexit and the election of Donald Trump, the economic predictions for the post-Brexit era by the IMF and the Bank of England or the failure to foresee the banking crash of 2008.

So back to, as Vladimir Nabokov put it, reading ‘with our spine and not with our skull?’ That is to say, trusting our instinct and simply knowing when to kick or when to cosset our teenagers, and when to trust our politicians and bankers without needing to thumb through the self-help book or scientific manual and without being scared of them. After all, they are just us, and it’s not impossible to know ourselves and, more importantly, to trust ourselves . . . it’s what we do every time we forget we are supposed to do it another way.