The city is dead: Long live the city! 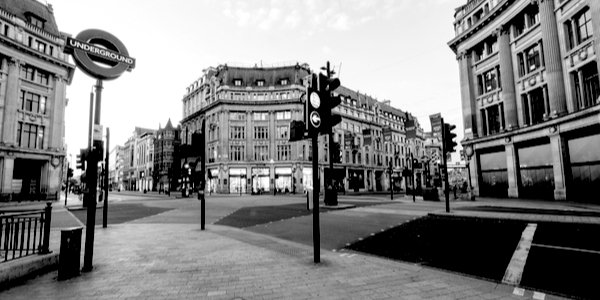 THERE has been a slew of gloomy articles about the death of the city in the Metropolitan press recently, and with good reason. Central London, once the humming engine room of the UK economy, remains a ghost town, seemingly far more depressed and deserted than almost anywhere else. Allister Heath, writing in the Telegraph, even went so far as to state that the death of the commuter is an extinction-level event for the capital. In fact, long before Covid-19 struck, the writing was well and truly on the wall: the Underground was already significantly less crowded on Fridays as working from home became more the norm; well-paid, entirely remote jobs were becoming commonplace in the IT industry as companies realised that the savings made outweighed the difficulties. Other sectors would have surely followed. We can now see, with hindsight, that the long, long decline of the high street was the canary in the coalmine for a much more radical reorientation of the way we live. Covid or no Covid, it was simply a matter of time.

There are many reasons for the death of the city, but they share a common theme: short-termist, extractive policies left them undesirable but seemingly necessary places to work. I recently wrote in TCW about the effect of the elite class of ‘liberal locusts’, imposing fashionable policies and ideas that sacrificed social cohesion on the altar of ‘diversity’ and moving on when that same diversity got too hot to handle. I want to concentrate in the remainder of this article on another major cause: the built environment.

The great art historian Kenneth Clark once said: ‘If I had to say which was telling the truth about society, a speech by a Minister of Housing or the actual buildings put up in his time, I should believe the buildings.’ He would have no difficulty in seeing what the priorities of our own time were: the ugly utilitarianism of modern architecture, the visual aggression of modern advertising, the planning of spaces with the primacy of consumption in mind.

The modern British city such as London or Birmingham is not designed in organic harmony with man and the environment but purely with extraction of value in mind: extraction of our labour in functional but soulless buildings; extraction of our wealth in often pointless consumerism. One huge plus side of the lockdown, however wrong-headed it may have been, is that so many have had time to reflect and realise they want no further part of that.

Much of the blame is quite rightly attributed to both modern architecture and property development. Right from the start, the modernist school of architecture started out with sinister social engineering goals: ‘We must create the mass-production spirit’, said Le Corbusier. Outside the architectural establishment and those inclined to see things in such terms, few liked modernism very much, but it proved enduring and ubiquitous, not least because property developers loved it, no longer having to fork out for the costs of ornamentation. Even those high-tech modern buildings that looked genuinely impressive when new tended to age extremely badly, but property developers had no skin in the game once the building had been sold. The attitudes of those responsible for safeguarding the public domain, such as local government, ranged from largely indifferent to enthusiastically short-termist, often happy to cram in as many shops and offices as possible into towns and cities, as well as ever more aggressive and intrusive advertising in public spaces, because of the revenue it all accrued. In terms of both space and time, the public square fell victim to the tragedy of the commons, where there was no incentive for those whom profited most to build beautiful, organic buildings and restful spaces with longevity in mind.

All those chickens have now come home to roost – and how. I am willing to bet that the small number of British cities which remain truly beautiful will find it much easier to tempt people back for work and play. No doubt in the coming months there will be some drift back to the big cities, but from now on urban development will be forced to create spaces where people want to work and live rather than to have to. The decades of brutish ugliness and brash, cynical extraction in our built environments, both a cause and consequence of our shallow consumerist society, are finally drawing to a close. We will have to rethink planning completely and come up with market mechanisms which incentivise property design that reflects the value of a building and its impact on the public space over its lifetime rather than at initial point of sale. In the age of the smartphone, aggressive advertising in the public space is morally indefensible and should be greatly curtailed. Add to that the revolution in automated transport technology that may improve the commuting experience enormously and you have all the ingredients for a wonderful urban renaissance.

In a time of nearly unremitting gloom, this is truly something for social conservatives to cheer: the city is dead. Long live the city!