The chilling echoes of Kristallnacht 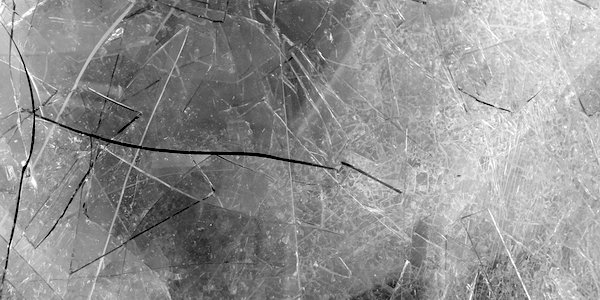 This was the excuse that Joseph Goebbels used to incite a pogrom against Germany’s Jews. On those dark nights of 9 and 10 November raging mobs attacked Jews, their homes and synagogues. At the end of this attack more than a thousand synagogues were burned, Jewish schools were vandalised and cemeteries were desecrated. Hundreds of Jews were injured and 96 were murdered.

The anti-Semitic mobs destroyed almost 7,500 Jewish businesses. On those two nights alone 30,000 Jews were sent to concentration camps, ensuring their almost certain deaths. To add insult to injury Jews were held financially responsible for the damage and had to pay millions of marks to the state. Photographs of Jewish shops with broken windows have come to symbol Kristallnacht and to give it its name ‘night of the broken glass’.

Some will think it hyperbolic to compare contemporary Britain to 1930s Nazi Germany but there are similar warning signs, pockmarks on society, of anti-Semitism accelerating in intensity. As Kristallnacht and the Holocaust showed, dehumanisation of ‘the other’ can very quickly happen. And the consequences are death and destruction.

Until the 1930s German Jews felt comfortable, established and part of wider society. Many older Jewish men had loyally served in the German Army during World War One. British Jews used to have a similar sense of place and belonging in their own country. But the threat of Labour, an anti-Semitic political party, taking power in the next General Election has eroded that sense of safety.

Jews are now the most targeted minority group for religious abuse in Britain. Anti-Semitism has become legitimised and normalised in our society. Jews are being targeted because they are Jews. And the manifestations of hatred towards them have unsettling echoes of Kristallnacht.

For years the anti-Semitic Boycott, Divestment and Sanctions (BDS) campaign against Israel has been targeting Jewish-owned businesses and shops. Their blind fixation with Palestine has superseded morality. Nowhere is this more obvious than the recent (16 October) defacing of a poster advertising an exhibition commemorating Kristallnacht.

We were saddened to see our tube poster at Russell Square defaced this morning. We have reported this graffiti & continue to welcome all to learn about Kristallnacht by visiting our exhibition pic.twitter.com/Bs3JmrI3aW

Those who vandalised the poster with the words ‘Free Palestine’ are frighteningly devoid of humanity. ‘Free Palestine’ is code for the destruction of Israel, the country built as a safety net for Jews who, in the current climate of ant-Semitism, are ironically in need of it again. Without it, they are even more vulnerable to anti-Semitism. Jews in 1930s Germany did not have this luxury. Last week a sign akin to saying ‘no Jews allowed’ was spotted in Colchester.

This poster was seen in Colchester.

The council just adopted the IHRA there, and it was mentioned.

This is Great Britain in 2018, not 1930s Germany…. pic.twitter.com/qnuZiunuHI

That the perpetrator felt comfortable enough to do this without worrying about the repercussions illustrates just how acceptable anti-Semitism is now.

The defacing of the poster, and this vile sign, are more physical manifestations of hatred towards Jews. And so are actual violent assaults on Jews for being Jews. On 16 October two Jewish women were beaten as they protested against anti-Semitism outside an event in London. The attackers are yet to be arrested. If the police – for whatever the reason – are seen to be failing properly to investigate the beatings of Jews in the streets, is it any wonder that British Jews see parallels between 1930s Nazi Germany and Britain today?

Even the appalling shooting of Jews in a Pittsburgh synagogue is not enough for Labour to abandon their anti-Semitism. A few days after the attack some Labour members at a Labour CLP meeting in Southend wanted to remove condemnation of anti-Semitism from a motion expressing solidarity with the victims of Pittsburgh.  For these Labour members, the murder of Jews because they were Jews seems to be less important than virtue-signalling about ‘racism’. This is one of the many examples of creeping and endemic anti-Semitism that the Labour Party has ignored. Another is the violent threat made to Jewish Labour MP Luciana Berger, which Labour leadership officials neglected to pass on to the police.  Their lack of action speaks volumes about the level of denial of anti-Semitism in Labour and their lack of sympathy for the victims.

In a worrying development, Liberal Jewish Rabbi Danny Rich, a Labour councillor, castigated Jews for not finding a way to work with Labour and its leader Jeremy Corbyn. Perhaps Rich forgot that Jewish community leaders did try to hold talks with Corbyn but with no success. Surely the onus is on Labour to make amends with British Jews and not the other way round? Why should the abused try to appease their abusers? It’s senseless, and we all know where the appeasement of monsters can lead.

Anti-Semitism always starts with the Jews but it never ends with the Jews. It has a nasty habit of spreading and inflicting carnage on all those caught in its calamitous path. Kristallnacht violently propelled Germany into the Holocaust. Those two terrible nights serve as a warning of how quickly civilised societies can teeter on the cliff-edge of destruction, and then fall over it. And when we see similar signs of the anti-Semitism which riddled 1930s German society, we cannot, and should not, stay quiet.