The books to boost us during World War Flu 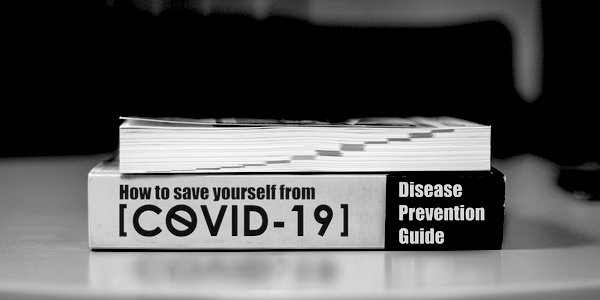 AMAZON has been inundated with a spate of ‘instant’ self-published books about the pandemic.

However, with titles such as Coronavirus Zombies, the online offerings are hardly likely to inspire the nation as it faces its biggest threat since the Second World War.

So to combat the literary laggards, military authors have joined forces to compose stirring stories based around the coronavirus campaign, invoking the indomitable spirit of 1939-1945.

The gung-ho novels will shortly be uploaded to Amazon, but here’s an exclusive preview of the titles and plotlines . . .

With the Germs threatening to overwhelm Britain, the Prime Minister inspires the nation with his historic ‘we shall fight on with bleaches’ speech, urging a nationwide programme of domestic disinfection. He says: ‘Let us so burnish our shelves that if the British Empire and its Commonwealth lasts for a thousand years, men will still say “This was their shiniest hour”.’

Reach for the Spy

Special agents parachute into Germ territory to bring out Hans Zanitizer, a spy working for the British who may have obtained the secret formula for beating coronavirus. Then they learn he could be a stooge of the Germs, carrying the virus back to Blighty. Has the rescue operation become a suicide mission?

A Fridge Too Far

Pursued by the Germs, a British escapee hides in a safe house and restocks the refrigerator. But the electricity supply fails and his food starts to rot. He faces starvation unless he can restore power. As well as being a gripping saga of survival, this is a fascinating insight into the workings of the 1940s alternating current domestic mains circuit.

The Government hires private hospitals for casualties of the Germ war. But one doctor holds back 30 beds so he can keep giving wealthy patients facelifts and buttock enhancements. A Ministry of Health clerk spots the anomaly and leads an elite squad of pen-pushers on a mission to plough through the paperwork.

In Which We Swerve

The British destroyer HMS Infectious criss-crosses the oceans trying to get permission to dock in a neutral port with its coronavirus-stricken crew. Finally, it is offered refuge in Portugal. But as it makes towards Lisbon, the Germ pocket battleship Graf Flubug appears on the horizon. Should the destroyer run for safety, or turn back and fight?

With shops jam-packed by housewives waving ration books, key workers cannot get supplies. To clear the queues, a brilliant inventor devises the bouncing bog roll, a cylinder of toilet paper with a rubberised outer cover. An RAF squadron drops hundreds of the sought-after rolls along roads near stores. As they bounce into the distance, the housewives disperse and race after them.

Enemy at the Crates

Thieves ambush a lorryload of long-life milk to sell on the black market. But doughty members of the Home Guard, armed only with pikes and stirrup pumps, force them to barricade themselves behind the crates. A tense two-month stand-off follows until the milk finally curdles and the robbers surrender.

Families flock to seaside resorts, ignoring the social distance rules – only to be buzzed by Spitfires which the RAF has adapted to look like giant gulls. The crowds quickly disperse. However, one of the planes crash-lands when bread crusts thrown to it by children are sucked into its engine.

Britain’s main supply of sanitising gel is stored at a Boots the Chemist warehouse in Nottingham. Germ commandos land by glider and lay timebombs. But British soldiers attack, trapping the saboteurs inside the warehouse. Then the Germ commander realises the countdown of the timebombs cannot be stopped.

As D (for Disinfection) Day nears, Supreme Cash Commander Rishi Sunak gathers his massive financial forces to liberate us from coronavirus. He pledges that everyone will get 80 per cent of their wages for as long as it takes to achieve victory.

I Was BoJo’s Double

Fearing a Germ plot against the Prime Minister, MI5 employs a double to take his place. But after victory, the double calls a snap election and the Tories are returned with a huge majority. Snubbed by the party, the real Boris Johnson launches a music hall career as a Boris Johnson impersonator.

After final victory over the Germs, heroes of the pandemic are awarded the DSO (Distinguished Sanitising Order) and the VC (Virus Conqueror). Special tribunals sentence hoarders and panic-buyers to stack shop shelves for ten years. Volunteer NHS staff return to civilian life, kitted out in double-breasted pinstripe hazmat demob suits. Thirty years after the end of the pandemic, a ‘holdout’ hypochondriac who refused to believe the virus had been beaten finally emerges from his hideout on Hampstead Heath.