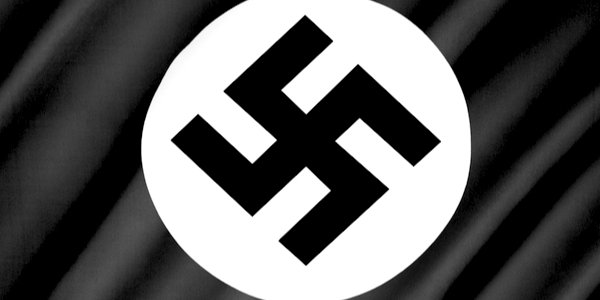 The BBC has begun a series about the rise of the Nazis.

To the uninstructed this might seem to be a bit of educating to go with the alleged entertaining and informing to which the corporation is nominally committed. To those who know the BBC’s ways, the aim of the programme was obvious before it even started: to suggest to viewers that recent political events are similar to the rise of the Nazi Party. Yes, you read that correctly.

The programme fulfilled my expectations, and then some. It invited us in no uncertain terms to conclude that the election of a straightforwardly conservative US president and a public vote in Britain to leave the European Union were historically equivalent to the election of Adolf Hitler as Chancellor of Germany, which led in due course to the Second World War and the murder of six million Jews.

The first episode of Rise of the Nazis concentrated on the political situation in Germany in 1930 and the major players on all sides. Between dramatised sections, emotive music and various directorial longueurs, it lined up a series of experts to speak about the events. These included historians Dr Stephan Malinowski of Edinburgh University and Professor Sir Richard Evans, former Regius Professor of history at Cambridge and now Provost of Gresham College, London, and the famously Left-wing Baroness Helena Kennedy QC.

I have no dispute with the facts. However, the presentation of them was a classic example of the glossy-yet-shoddy productions that are offered as superior history on television these days. As far as I can see there was no writer credited. Who, then, wrote it? Perhaps the mystery scribe was too embarrassed to take a credit: much background information to the crisis was not provided. The audience was not given much of a picture of how the Nazi Party came into being nor told what its name was short for: The National Socialist German Workers’ Party. I could not help but think of how socialists in the BBC must shudder at the name of their cherished political belief system being smack dab in the middle of the name of Hitler’s party; a party which, as those with an eye for historical nuance will have noticed, was very Left-wing in some of its policy, even down to banging on about vegetarianism.

The communists of the Weimar years were handled with a light touch. An aphorism which circulated among intellectuals back then would have been useful in painting a true picture of the opposing forces: ‘Nazism is communism for morons and communism is Nazism for intellectuals’. Naturally, nothing so incisive was offered.

The writing was poor and clearly aimed at the young and impressionable. Many sentences began with the vile and modish construction ‘So . . . ’ A J P Taylor it ain’t.

To be sure that you did not miss the point the programme was trying to make, it used expressions beloved of the liberal Left in reference to today’s political scene to describe Nazi chicanery in Germany in 1933: ‘backroom deal’, ‘these are desperate times’, ‘destruction of democracy’, ‘Right-wing government’, ‘suspension of parliament’.

This was history for comprehensive schools (I know, I went to one), designed to push the idea, common among British Lefties, that if you have conservative attitudes you are a Nazi. A lot of people who should know better have pushed this over the years, and it has become a central trope of popular culture. The experts in the programme appeared to be doing it as well. Typically, the BBC had selected experts whose views are at one with the corporation’s blatant Leftist agenda. Of course, they may have offered a more balanced and in-depth analysis which ended up on the cutting room floor. I know only what was broadcast.

On the Edinburgh university website Dr Malinowski, who was the consultant on the production, quotes Eric Hobsbawm. It will be remembered that Hobsbawm, who was appointed Companion of Honour under the Blair government in 1997, said on television three years previously that the loss of 20million people was worth it if a communist society could be created.

Professor Evans has written a biography of Hobsbawm, who died in 2012 after a lifetime of unrepentant communism. In it he ‘records Hobsbawm’s many prevarications on Soviet terror, while interpreting them in the most positive light possible’.

The professor drew explicit parallels between Hitler and Donald Trump, describing Hitler’s campaigning in the early Thirties as ‘make Germany great again’, echoing the Trump election slogan. Later he claimed ‘democracy was under threat in our own time’. Funnily enough, Sir Richard said in the Guardian, the British Left’s house journal, that he agreed with John Bercow, the pro-Remain Speaker of the Commons, that Trump should be denied entry to Britain. Perhaps Sir Richard, evidently a Remainer, could explain how Mr Bercow and his Remain agitators undermining the biggest democratic exercise in recent British political history is a pro-democratic action. Many of us would love to know.

This is the pickle our educated elites have got themselves into: they now trumpet democracy after decades of affirming the sedulous removal of democracy to Brussels. Everything is turned on its head: delivering a meaningful Brexit voted for by a majority of the British public is not democratic, but undermining and/or reversing it is.

The foisting of European federalism on the British was done by stealth and lying. I never hear the liberal Left elite complaining about that particular abuse of power, truth and democracy. Moreover, if we had listened to them Britain would be in the eurozone now, with all the woe that implies.

The routine distortion of words and facts by prominent Remainers and Leftists is disturbing and destructive. As both W H Auden and George Orwell, no Tories they, concluded: when language gets corrupted, thought gets corrupted.

In drawing her parallels between the Weimar Republic and today, Baroness Kennedy – who it should be said railed against the Blair government’s authoritarian streak – said ‘society was becoming violent and divided’. Perhaps she should examine her own subscription to multiculturalism, the failed doctrinal doublethink which has atomised large parts of Britain and will surely lead to even more trouble in the future.

The message from the BBC’s Rise of the Nazis was that Brexit and Trump are death knells for democracy and anyone not on the Left side of the political spectrum is an extremist. This is an abuse of reason and language itself. Nazism, like communism in practice, had no time for anything that could be recognised as conservatism or old-fashioned liberalism. Neither communism nor Nazism subscribes to personal liberty, private property, common law or private life.

The BBC is grossly irresponsible in broadcasting a programme such as this, which at bottom is pushing juvenile ideas that would not be out of place in fringe meetings of the SWP. It will only add to the corporation’s growing reputation for being partisan and unreliable.