The BBC and the character assassination of the President 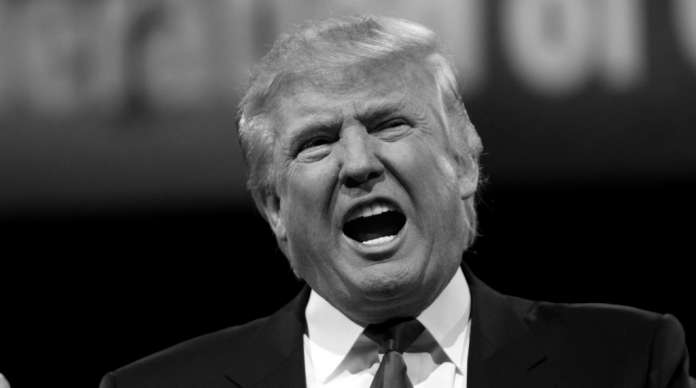 ANYONE like me who’s still a glutton for punishment and occasionally turns on the BBC’s Today programme, or even more bravely now that it’s Evan Davis’s patch, the PM programme, will have heard endless airtime on Thursday given over to the denunciation of Donald Trump. What obsesses the BBC, just as it does their Leftist media counterparts in the US, is the ever-hoped-for impeachment of POTUS.

On Thursday the Today programme, finding itself unable to totally discredit Trump over the breakdown of his talks with Kim Jong-un in Hanoi (is it me or does Jon Sopel, the BBC’s US correspondent, sound more infantile – or is it querulous – by the day?), reverted to the ‘have we yet got something to impeach the President on?‘ story. Alan Dershowitz, always balanced, refused to be drawn on the testimony of Trump’s former lawyer, Michael Cohen, to the Congressional Committee. Yes, it hurt him, he said, but it helped him too (about 1 hour 12 minutes in). But could they leave it at that? No, Cohen’s testimony that the President was racist, a conman and a cheat was far too good an opportunity to miss for pouring more disapprobrium on the beyond the pale President. A Democrat Congressional committee fan of Michael Cohen’s suddenly wondrous ‘baring of his soul’ was given a fun five minutes to stir the dirt.

Should anyone be left in any doubt as to Trump’s unfitness for office, later in the day on PM, Evan Davis continued to feed what he disingenuously described as an ‘insatiable appetite to pursue this stuff’ with another Trump-hater interviewee. It was the turn of the editor of the New Yorker (21 mins in) to carry on about Donald’s deplorable character.

For all the months of the Mueller investigation nothing has been found which comes anywhere near grounds to impeach Trump as the BBC’s interviewees reluctantly had to admit.  So what, apart from an opportunity for character assassination (of a character listeners must have been pleased to hear bears no comparison at all with the sanctified Bill Clinton – his impeachment was quite different), were the interviews about?

To restore the balance that the BBC ever fails to provide you might like to read Matt Walsh’s view on the Cohen testimony and whether or not it spells doom for the President.