The battle for Britain has finally started 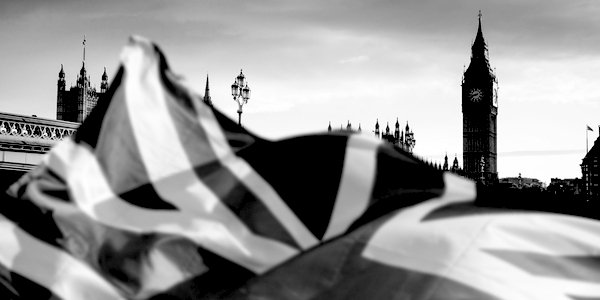 IT WAS not a celebration in Parliament Square yesterday afternoon. But it was no wake either. As the sun and people streamed into the square, the mood was astonishingly upbeat, good-humoured and not at all defeatist – the reverse. They had just heard that Mrs May’s sliced-up Withdrawal Agreement had been rejected by the House of Commons for the third time. Which part of NO, NO, NO, one speaker asked, did Mrs May not understand? What it meant was that the die was cast and April 12th will be Brexit Day, not that Nigel Farage was confident that that, too, would not be subverted.

But if it meant fielding candidates for the European Elections, he said, they were up for it and that everybody had better look out . . . they would make life very uncomfortable for the EU.

I don’t yet know what the mainstream media outlets selected for the benefit of the nation’s viewers, but whatever they reported I can tell you, first-hand, that the thronging thousands in Parliament Square were treated to some truly great and entertaining speeches: from the quite wonderful Julia Hartley-Brewer, Kate Hoey, Mark Francois and Peter Bone to Wetherspoons’ boss, Tim Martin, Claire Fox, Paul Embery (firefighter and trade union official), Brendan O Neill, Ian Paisley and Nigel Farage. Each and every one was delivered with a passion and clarity – a lesson in real speechmaking for every school child in Britain if their schools would ever allow it. They achieved what good speeches are meant to do: they uplifted you.

Hats off to organisers John Longworth and Richard Tice; the rally gave these two unassuming and decent men the profile they need. The new red line, they made clear, was no longer between Conservative and Labour but between democrat and anti-democrat. They are right. Passionate belief in the need to protect democracy and freedom was what united all the speakers.

A special tribute must be paid to the long-suffering Mark Francois and Peter Bone, two of the few Tory MPs standing firm as the majority of their ERG colleagues crumbled in face of party pressure. No easy task. But they were vindicated. Peter has already featured in our Brexit Roll of Honour. Mark will soon.

In the meantime here is the poem Mark Francois rounded off his speech with. Rudyard Kipling’s If was also Mrs Thatcher’s favourite poem. It was what Mark was to turn to, his father had told him before he died, when he was not there and whenever he needed guidance in making a life decision:

If you can keep your head when all about you
Are losing theirs and blaming it on you,
If you can trust yourself when all men doubt you,
But make allowance for their doubting too;
If you can wait and not be tired by waiting,
Or being lied about, don’t deal in lies,
Or being hated, don’t give way to hating,
And yet don’t look too good, nor talk too wise:

If you can dream – and not make dreams your master;
If you can think – and not make thoughts your aim;
If you can meet with Triumph and Disaster
And treat those two impostors just the same;
If you can bear to hear the truth you’ve spoken
Twisted by knaves to make a trap for fools,
Or watch the things you gave your life to, broken,
And stoop and build ’em up with worn-out tools:

If you can make one heap of all your winnings
And risk it on one turn of pitch-and-toss,
And lose, and start again at your beginnings
And never breathe a word about your loss;
If you can force your heart and nerve and sinew
To serve your turn long after they are gone,
And so hold on when there is nothing in you
Except the Will which says to them: ‘Hold on!’

If you can talk with crowds and keep your virtue,
Or walk with Kings – nor lose the common touch,
if neither foes nor loving friends can hurt you,
If all men count with you, but none too much;
If you can fill the unforgiving minute
With sixty seconds’ worth of distance run,
Yours is the Earth and everything that’s in it,
And – which is more – you’ll be a Man, my son!

It was not the end of the Brexit battle, speaker after speaker made clear, just the end of the beginning. I had a serious sense that the real battle for Britain had finally started, here in Parliament Square on March 29th 2019.