Tear up the spreadsheets and bring back recruitment officers 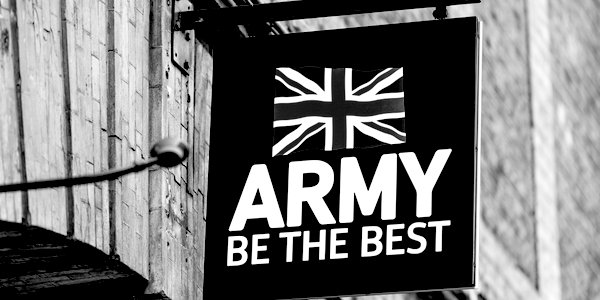 IT’S been another poor week for the MoD. To the surprise of no one outside the Westminster bubble, the outsourcing company C(r)apita has failed to deliver sufficient recruits to what’s left of our armed forces. The Times reported that it has become apparent to the Commons Public Accounts Committee that the task was more complicated than Crapita thought. So £500million of public money spent, the defence of the realm in peril and someone is saying they didn’t understand the contract. MPs may lambast Crapita, but what about the civil servants (and senior officers) who wrote the contract, and then recommended to Spreadsheet Phil that he placed it?

The rest of the government has hardly been helping armed forces recruitment; it transpires that veterans might face murder charges for Bloody Sunday almost 50 years ago. It is a travesty that under the terms of the Good Friday Agreement terrorists subsequently found guilty of murder face a maximum jail sentence of two years and yet those from the armed forces face life. And it seems unlikely that any conviction will be easy given the lack of forensics, the age of the accused and the complexities arising from the immunities given to those who testified at the Saville Inquiry. It is far from common justice, and yet another sign that the rule of law has been replaced by the rule of lawyers. And what have we heard from Defence Secretary Gavin Williamson? He plans to bring forward legislation to fix this, which of course presumes that this moronic government lasts beyond the Ides of March. Why was it not brought forward earlier? The Saville Inquiry reported in 2010.

Crapita’s advertisements have been awful. But ever since some idiot in the MoD decided that the previous slogan of the Army – ‘Be the best’ – was too elitist, they didn’t have much to work with. The Army has fewer tanks than horses and half our infantry goes to war in pretty much the same manner that the BEF did in 1939 (on its feet, or in lorries if they’re lucky). In a time of near-full employment is it surprising that recruitment is down?

On a spreadsheet there are sound reasons for outsourcing recruitment. Soldiers are expensive (they have to be housed, fed, clothed, trained and kept fit) and putting them in recruiting offices is not using their core skills. But most people who are contemplating joining the armed forces want to be part of a team. They want to meet someone wearing uniform with whom they can discuss the options and be inspired by. Taking the Queen’s shilling is bold – people need more support than a web link and a helpline number. Back in the days of the county regiments actually existing, they provided manpower to the local recruiting office so people met someone from the regiment they would be joining. And the regiments had bands, which played at events in the recruiting area (those bandsmen were medics if and when the Army went to war).

Expensive, maybe, but better value than an Army short of soldiers. At some stage the heads of the Armed Forces need to earn their pay and apprise the Prime Minister of the realities of defending the realm, which at the moment make her Brexit policy look brilliant.