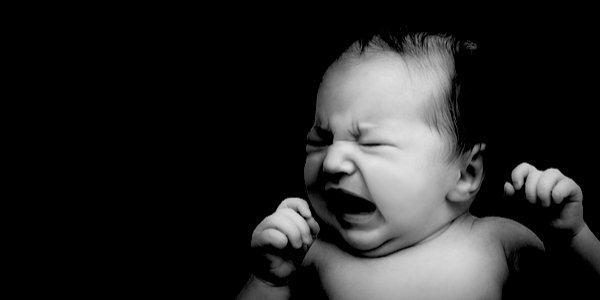 As we draw to the end of 2018 we’ve been republishing, in reverse order, the 12 most-read posts of The Conservative Woman’s year. Today, New Year’s Eve, we arrive at No 1. It was not about Jordan Peterson, the BBC or Brexit, but about motherhood – its political relegation to insignificance in a year more obsessed with #MeToo than maternity.

The few discussions to surface on motherhood or having children were themselves singularly and depressingly MeToo-ish and navel gazing. Never have young women seemed more negative about, more detached from, less happy about or less equipped to deal with their one unique and irreplaceable function in life – maternity.

Becoming a parent is a big decision for everyone but, for some, it can seem insurmountable. @LeahGreenTweets spoke to people, whether they were on the fence over the baby question, or had experienced the ‘worst case scenario’ with their kids. https://t.co/QjxB1OF4d6 pic.twitter.com/ulyIVOksYy

Listen to this Guardian podcast on ‘how we decide whether to become parents or not’ and weep.  And consider its resounding message: Decline. Of. The. West. When society relegates motherhood, women turn their backs on it too. Babies’ needs become invisible, just a vacant space to be filled which, if Mrs May has her way, will be with State-prescribed ‘fathercare’.

KATHY GYNGELL’S post, Mrs May’s War on Motherhood, was written in response to the PM’s policy announcement on this last April.

Fathers must share caring more fairly, exhorted Mrs May this weekend with quite astonishing hubris. What’s more, she seems prepared to enforce it.

From the publication of her spurious national gender pay gap review, it’s taken her a week to deliver a no doubt preconceived solution.

It is exactly as I predicted when the results of this phoney exercise hit the headlines.

Fathers who want or plan to be their family’s main breadwinner can forget it. They are to be surrogate mothers instead. As for mothers who want to be full-time mothers, even for a year, too bad. It’s going to be 50/50 childcare or else, regardless of babies’ real needs. And all this to iron out a pay gap which exists only insofar as it reflects women’s exercise of choice to be mothers.

It reflects a preference for motherhood that the State, despite its ever-increasing emphasis on working mother incentives – flexible working, paternal leave and, above all, subsidised childcare – has failed to stamp out. Now, in the name of parity, this choice that foolish women still cling to despite the State’s refusal to respect it, support it, or accord it any social worth, is to be imposed on fathers.

Yet who is to say that fathers are not sharing care fairly? How does Mrs May know this? From her limited government circle? My experience and observation of the modern father is that he takes on the lot, from nappy-changing to night-time feeding to general minding. That’s above and beyond his primary protective role which, particularly in the first year or so of the baby’s life, as Jordan Peterson explains here, has always been to support and care for the mother.

But for the would-be social reformer Mrs May, families are not to be trusted with how they share their responsibilities or divide their labour. Though how they do must be a foreign country to her. Not once in her Sunday Times article did she mention the word ‘baby’. Nor the words ‘children’ or ‘family’. Not once. These are the great unmentionables.

As to babies’ and children’s needs, forget that too. There was nothing about that in her article. A vacant space. Which is perhaps why she thinks fathers will do as mother surrogates. As Julia Hartley-Brewer amusingly put it on the Andrew Marr Show yesterday, they won’t. ‘I definitely remember giving birth to my child, not my husband . . . and he was rubbish at breastfeeding, absolutely useless,’ she said when the embittered Polly Toynbee resentfully asked whether having children falls on women and their careers for ever.

Unfortunately it is Toynbee’s thinking, not Hartley-Brewer’s, that Mrs May’s seems to mirror. Children’s needs, if not invisible to her, are just things that hold women back. The private sphere no longer seems to exist for her.

Her article was a declaration of war on the family, women and children. She might as well have thrown down a gauntlet. Specifically, it was an assault on mothers and babies that will only make it harder for women to be the good mothers they want to be – or to decide whether to be mothers at all. It already seems to be a role no one values any more, as the declining birthrate suggests.

Mrs May could not devalue motherhood more. Saying it is transferable and replaceable by the father is to deny, as radical feminists always have, the baby’s unique need for its mother and the mother’s unique ability to meet that need. A mother is not replaceable to a baby. Breastfeeding is the most obvious expression of this. A baby’s cries on being parted from his mother (until resignation sets in) tell their own story. So too does a mother’s pain and palpable discomfort at being parted from her baby too soon or for too long. These are biological mechanisms designed to protect offspring which our feminist society perversely urges mothers to ignore.

A baby’s distress when dropped off at daycare is not just the subjective view of an over-emotional mum. It is the dispassionate conclusion from observing babies separated from their mothers in clinical as well as social settings, first documented by psychologist John Bowlby in 1951. The anxiety and distress caused either by physical maternal deprivation or the mother’s failure to bond formed the basis of his seminal attachment theory, a case of science mirroring common sense.

Much as feminists have tried to deny it and to discredit Bowlby to justify a brave new daycare world designed to ‘free’ mums from the tyranny of childcare so that they can work, they have failed.

Despite 40 years of indoctrination, despite the huge pressure on women to repress their instincts, mothers have not stopped knowing their babies need them, or stopped experiencing those uncomfortable feelings when they can’t meet their needs. This appeal from one working mum is but one illustration. Neuroscience research, measuring babies’ cortisol (the stress hormone) levels has given new insight into the original theory, not that we should need it. It is obvious. The more a mother touches and holds her baby the less stressed he will be, and the reverse. And yes, babies’ cortisol levels are raised in daycare settings, something that can impact on brain and emotional development. In a week that saw reports of children as young as four violently abusing school staff up to ‘six or seven times a day’, strangling, spitting and attempting to gouge the eyes of teachers and pupils, one suspects that maternal neglect is already taking its toll.

No one in the government is joining up the dots or asking whether it’s time to review its child care policy in favour of a ‘mother care’ policy.

If Mrs May does nothing else before mandating fathers to stand in for mothers, someone needs to persuade her listen to therapist Erica Komisar’s analysis of what happens to babies and children when the mother’s presence is missing.

Mothers being there does matter, what’s more it is what the majority of mothers want for the critical years of their children’s upbringing. Most women don’t have a dynamic career, or even want one, as Jordan Peterson keeps spelling out. His thoughts on the choices that are for the family to make regarding the care of their infants are well worth a listen, too. Most of all, his message to mums about babyhood is ‘It’s not that long and if you miss it, it’s gone’.

This advice is exactly what politicians have not been giving. They refuse to reward or acknowledge motherhood as either an intelligent or a caring choice. Peterson does otherwise. However hard the choice between work and mothering, whatever the pressure on young women, he insists that women should heed reality, not the lie that society tells them. Their primary interest will not be the pursuit of a career. How, he asks, ‘do we revive the good mother archetype?’ It is a pressing question and reflects a pressing need.

To have such a conversation in Britain today is virtually taboo. Now Mrs May’s social engineering plans would remove even that possibility.