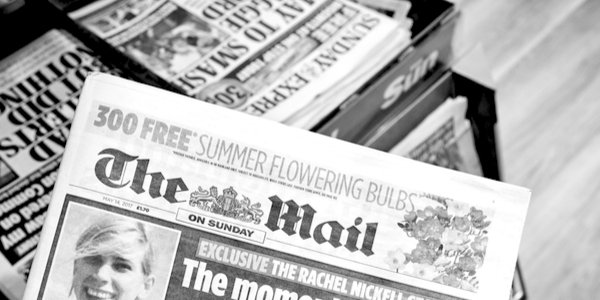 AS EVER there are many candidates for this dishonour, and it is with some reluctance today that I name the Mail on Sunday. Their weekend double-page spread featuring The ‘wrecking ball’ MPs who could destroy Deal might have escaped my censure, but not with the column headlined ERG ‘suicide squad’ in last ditch plan to sabotage PM. It was unworthy.

However strong the paper’s support for Mrs May, however strongly they believe in the need for MPs to support her Withdrawal Agreement – and despite the fact that elsewhere in the paper the eminent historian David Starkey described self-satisfied politicians launching a coup and our democracy ‘unravelling before our eyes’ – to compare by association any member of the ERG to a suicide bomber is in appalling taste, and in no little measure a terrible smear by a historically deeply patriotic paper.

Does the editor, Ted Verity, really think this was the right language to use about a group of MPS still questioning the wisdom of May’s WA and what should be their prior democratic duty?