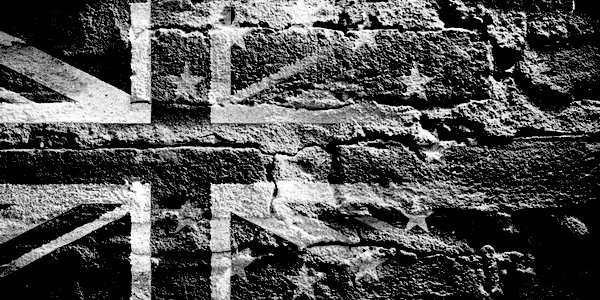 THE Conservative MP most responsible for subverting the European Withdrawal Act and blocking the possibility of a No Deal Brexit heads up our Wall of Shame today.

Thanks to Oliver Letwin’s machinations with Yvette Cooper, we woke yesterday to hear that MPs had voted by majority of one ‘to force the prime minister to ask for an extension to the Brexit process, in a bid to avoid a no-deal scenario’. Not that Mrs May needed any forcing. The constitutional outrage of the Bill currently being rammed through Parliament is that against the people’s will it will prevent us leaving the EU, for a second time, despite the referendum, despite the main party manifestos, the European Withdrawal Act, and the Prime Minister’s repeated promises, on April 12.

That Mrs May is now playing kneesy-kneesy with Jeremy Corbyn and shuffling us toward a customs union worse than either leaving or remaining we have to thank Sir Oliver, useful idiot and Member of Parliament for the safe seat of West Dorset.

That, as a result of his Parliamentary coup, she’s collaborating and consulting a terrorist-loving Labour Leader in preference to her conservative colleague Jacob Rees-Mogg you’d think might trouble his conscience.

Not if you understand what shaped him as politician.

My guess is self congratulation, not contrition will be the order of the day; far from feeling angst he’ll be relishing his new title, courtesy of Paul Goodman, of ‘Prime Minister in all but Name’ as a final and glorious proof of his Tory detoxification.

It’s been a long time coming.

Letwin remember became an MP at the 1997 election which said goodbye to 18 years of Tory rule and hello to New Labour, Cool Britannia and golden boy Tone and, more importantly, to 19 years of Leftist cultural ascendency that followed. These are years of envy and terror that formed  Oliver’s generation. They lived in fear of the Left and its disapproval.  In one humiliating BBC interview after another they were ‘shamed’ for being Tories.

To Tory MPs like Letwin blinded by Blair’s charisma and desperate to appear on the cool side of the cultural zeitgeist, Conservative colleagues such as Ann Widdecombe proved an outright embarrassment. Her promise as Shadow Home Secretary in 2000 to introduce a much-needed zero tolerance drug policy and crack down on cannabis did not suit these fledgling modernists at all. When they scuppered her policy it was a portent of things to come.

Widdecombe’s brave pledge, as she stood outside an East London concrete housing estate scourged by drugs, to bring in £100 spot fines for marijuana users, never came to fruition. Letwin and co saw to it. What did they do but reveal their own illegal youthful activities? Their public comments, which omitted any remorse or hindsight warnings, left her policy in tatters. ‘I think you expect people to explore and experiment. If you don’t you haven’t been young,’ the insouciant Archie Norman was reported as saying. A sign of their entitlement to come, their disloyalty spoke volumes.

Any hope for the robust and preventive drugs policy so desperately needed died then. The price we continue to pay in out of control drug use, gang violence and knife crime gets higher by the day

Display of cool credentials was never enough to win the  BBC over. Tories like poor Oliver were still unreconstructed Tory toffs. The Corporation was unforgiving of anything that smelt of Thatcherism. Letwin’s one stab at fiscal conservatism did for him. As shadow Chief Secretary to the Treasury during the 2001 election campaign, he promised to chop public spending by billions per annum. The BBC found his figures didn’t stack up. They went for the jugular. He went into hiding. With no colleagues up for defending his  figures or the cuts they meant, the BBC ran a ‘where’s Oliver?’ commentary – on the politician who’d gone into hiding because he didn’t dare be interviewed. Has he been seen, they asked listeners. Has he been spotted anywhere? It went on for a week. It was a total humiliation from which I suspect he never recovered.

Here began the total repudiation of their party’s history and rejection of its policies, a renunciation of Mrs Thatcher and all she stood for, notably her sense of moral political purpose.  You will disown me three times she could have said. They did in their rush to embrace equality ideology and the Left’s addiction to state intervention. If there has been any entryism, Dominic Grieve, it was from this point, the infiltration of Leftist dogma.

With Cameron as PM from 2010, conservative policy of Leftist appeasement became official, albeit under the guise of social justice and modernisation. George Osborne struggled with his non-austerity austerity programme. In every other respect though the new Tories were social liberals and state interventionists, they had yet, as far Polly Toynbee and the BBC were concerned, to totally recant their bad ways. What Cameron failed in Mrs May made up for. Under her a programme of detoxification and re-education turned Tories into purveyors of victim and identity politics, as Laura’s report card on Mrs May sets out, the ones that reflected the BBC’s own PC thinking. Now they no longer needed to fear.

It explains the free pass given Mrs May by the BBC on her Brexit strategy despite the sheer incompetence, broken promises and disarray that her it’s ‘my deal only’, has descended into. None of her predecessors have had such an easy ride though far less inept and far more willing than her to accept responsibility for failure.  But unlike them – even Cameron and Major – she has never had any words of criticism for that ultimate, leftist, managerial, technocratic, anti-democratic and beloved of the Beeb project that is the EU.

Likewise never before has little Oliver been so well and respectfully treated by the BBC. This accident-prone man, blind to what his dancing with the enemy has set in motion, is suddenly being taken very seriously indeed.

For Charles Moore Letwin’s besetting sin is over-cleverness. His failure is to understand that it’s the ‘stupid’ people who so often are right: ‘The Brexit question is a classic example of something which is simple but not easy. It is “Do you want to be ruled by those you can choose, or by those you can’t choose?” Voters understood this, and gave a clear answer. Clever people keep complicating it.’

That may well be true but it’s not the half of it. The menace Letwin has proved to be to the public weal’ and the reason why a man whose ‘conjuring into existence’ brilliant ‘solutions’ has only ‘made everything worse’, comes down to character as well as brain.

The man who made Parliament go rogue is not a freedom fighter but a people pleaser. His great sense of entitlement plus a yearning for the Left’s approval is what’s turned him into such a dangerous fool. He may bask in the BBC’s new approval, he may finally have won what’s left of New Labour acceptance, but we, the amazed and horrified voter, only see the fallout of a silly and ego-inflated man’s actions: a detoxified Corbyn catapulted to power, the British constitution ridden roughshod over, the country consigned to a permanent customs union purgatory, and years of acrimony and bitter conflict at home and with Europe to look forward to.

If that is clever, the word needs a new definition.