NewsPaperthe art of publishing
Home News TCW poll result: Did we vote Johnson and get Corbyn?
0

TCW poll result: Did we vote Johnson and get Corbyn? 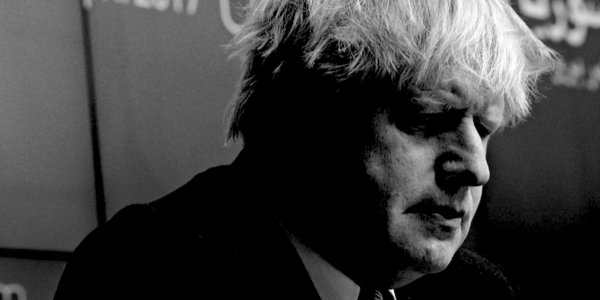 THE results of our latest poll show that in response to our question ‘Did we vote Johnson and get Corbyn?’ the majority of you – 62 per cent – said no. But what was astonishing was the significant minority, well over a third, who said yes, we did.

Mr Johnson cannot count on unquestioning popularity from true-blue conservatives. Some of his critics are admittedly self-identified long-term sceptics of the Conservative Party, such as Countrywatch, who said:‘I never trusted Boris to restore Conservatism, and the direction he is heading panders to the Left-liberal metropolitan elite. He actually seems incredibly stupid to me, and seems unable to read/interpret situations and apply common sense to decisions e.g. Huawei, HS2, foreign aid, the global warming scam and so on. He will bankrupt the country with his green agenda. It is based on flawed advice and, in my view, is a money-making ploy for the global political elite. It involves trillions. So, to me, Boris is a huge disappointment, but it was entirely expected.’

Andemru, who wrote: ‘As us old-timers say in Yorkshire: “They’re all peeing in the same pot”. Since when did Etonians become “men of the people”? They didn’t and they never will. But people still get taken in by their patter. The mind boggles. As for Del Boy, not even worth a mention.’

For others, even if they don’t think the PM is beyond criticism, their optimism regarding the future under the new Conservative government remains undented. By even asking the question, Robert Jones thinks we at TCW are mean-spirited and unappreciative: ‘There are so many whingeing posts on this site that I had to check that I was still reading the TCW! For goodness sake, pull yourselves together and stop jumping on a false “Boris is a Fifth Columnist” schtick. He won the General Election handsomely, he delivered Brexit, he is squaring up to the slithering black shapes in the judiciary, the Civil Service, the BBC and the media and he has only been in business for less than ten weeks. Examine the motes in your own eyes!’

Likewise, the optimistic Steve 3005: ‘I can see to the horizon and the crony corporate party is over, better social integration, a sensible agenda countering the pollution we all emit to kill our planet, immigration restrictions, the Welfare State brought under control, bold investment in much needed infrastructure, the use of world partners from all corners of the world stage, national debt brought under control, the corporate sector brought under control, and existing rules on public/private employment swaps strictly enforced. A welcome release from the current situation. Johnson is not Corbyn. To suggest this is extremely foolish. Give us all a break, you media numpties.’

Some readers still have Mr Johnson on probation, such as UK Citizen,who wrote: ‘I’ll give him to the end of the year and our proper Brexit before going in too hard. Let’s see if he delivers on the main ticket item. But then again, the die is cast so what choice do we have?’

Yet scepticism (and irony) was the order of the day generally, Uusikaupunki opining thus: ‘In fairness, perhaps Boris misunderstood why people had voted for him . . . it was to get rid of Corbyn, not get rid of carbon.’

The last words we give to Sarony, who put his finger on it (we think) with this assessment: ‘BJ is not Corbyn, but neither is he a conservative,’ and Trailblazer, who answered the question thus: ‘Did we vote Johnson and get Corbyn? No. You are getting Blairism.’