NewsPaperthe art of publishing
Home News TCW poll: Did we vote Johnson and get Corbyn?
0

TCW poll: Did we vote Johnson and get Corbyn? 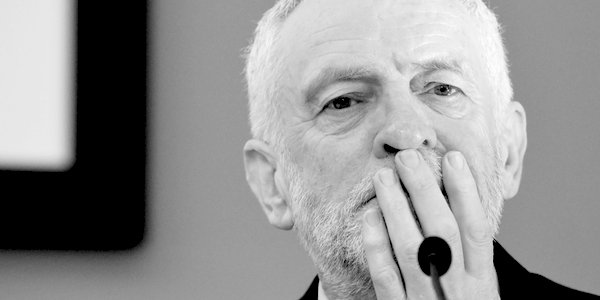 BORIS-watchers are getting worried. A series of respected columnists have come out questioning what he is up to and what he stands for.

None disagree that the ignored north, the decaying coastal towns and disparities between the poor and rich regions of the UK need addressing.

None question Boris’s intent, post Brexit, to reassure all the first-time Conservative voters from the Midlands and the North who put their trust in him.

But they all ask whether he is on the cusp of a terrible mistake.

The Telegraph’s Janet Daley is the most recent to air her worry that ‘huge amounts of money may be about to be thrown indiscriminately at any vaguely Northern-friendly project (like HS2), and that the Johnson team believes the picture of Northern voters that has been painted by the Left. The first of these is just wasteful and pointless, but the second is deeply pernicious and likely to backfire disastrously’.

The new ‘people’s government’ promises in its email to Tory party members to ‘deliver on the people’s priorities’.

They won’t, Daley believes, if they have their understanding of the ‘people’ wrong. Not if these first-time Tories want ‘the same sort of self-determination and opportunity to succeed as those in the booming, overwhelmingly middle-class South East, a chance to get on and make a better life for themselves and their families’.

And that won’t be helped, Daley believes, with ‘throwing money around’ or ‘if it is wasted on vainglorious public projects [when] what is needed is well-developed initiatives that will encourage local entrepreneurs’.

Earlier in the week Melanie Phillips addressed concerns that we have another fake Tory in Number Ten.

She listed policies believed to be under consideration, including a proposed ‘mansion tax’ on expensive homes, raids on pension tax relief and ‘stealth’ rises in inheritance tax, ‘to pay for increases in public spending . . . thought necessary to keep on side all those Northern and Midlands working-class voters who delivered the Conservatives’ spectacularly counter-intuitive election victory’.

This, she went on, is to misunderstand them: ‘It patronisingly assumes their loyalty can be bought by appearing to throw money at them. It ignores the key fact that they are aspirational. Clobbering the better-off is hardly an inducement to working-class people to rise up the financial ladder.’

Her ‘nobody says it better than Melanie’ article, which is sadly behind the Times paywall, in a nutshell argues that the very voters Johnson seeks to impress will be underwhelmed by billions spent on HS2 and by the net zero carbon emission policy which is not only mad but will involve a huge increase in the cost of living, when what they want is real cuts to immigration and an end to ‘woke progressivism and social engineering’. She concludes that if Johnson wants to keep such people on side he needs to build on ‘the politics of earning and belonging, of contribution and civic renewal’.

Just a week before, Sherelle Jacobs was expressing similar worries at the Telegraph, warning that ‘mushy one-nation Toryism’ was getting a poor reception beyond the red wall, and that the woke Conservatives were struggling with anything that looked like cultural conservatism.

James Delingpole, though, was the first to critique the deceptive Johnson, and perhaps who landed the most devastating blow.

Look, he wrote in Breitbart, at what Boris Johnson’s ‘Conservatives’ are offering a bemused nation:

‘Higher taxes (mansion tax, pensions raids, etc). An explosion of grand, unaffordable, and pointless infrastructure projects. A war on motorists. No more cooking or heating with gas. Elevation to the House of Lords for MPs who opposed Brexit. More green levies and regulations.’

Had we, he asked, voted for Boris and got Corbyn?

You can have your say here: