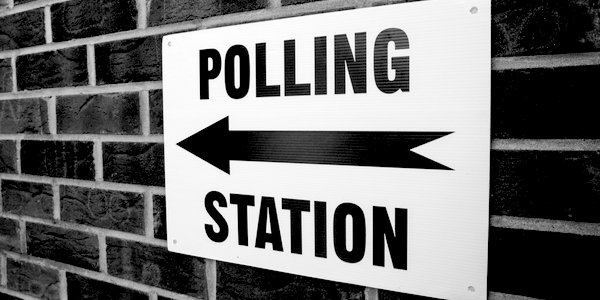 Charles Dawne writes: A traditionally Labour safe seat since its creation, a previous notable MP is Charles Clarke, who served as Home Secretary. The LibDems had a narrow win in 2010, but the seat was taken back by Labour in 2017 by a large majority after the public fall-out of the LibDems. The Greens lost votes, possibly because of Clive Lewis’s firm support of climate change.

Norwich South is home to the University of East Anglia and a hospital, and therefore has many student and public sector voters. This suggests that it could remain a Labour safe seat due to the liberal-left outlook of its constituents. However, there’s a pretty good chance the LibDems will make a comeback, as Corbyn will look less appetising to the Remainer middle class.

The Brexit vote split was 56 per cent Remain, 44 per cent Leave, so it’s highly unlikely to deliver any conservative-minded MP. The Conservative Party hasn’t come close to winning for decades. Therefore Norwich South is one of only two constituencies in which the Brexit Party is standing in Norfolk. Sandy (Alexander) Gilchrist (yeah, me neither) is standing for the Brexit Party

UKIP had a small presence until 2015, when it reached its highest vote with Steve Emmens (RIP) but did not stand in 2017 (or in 2019) because of his untimely death and likely because of lack of funds to fight an election.

This is an area in which conservative voters can vote for the TBP without ‘splitting’ any vote, giving support to a growing party and helping dismantle the (un)Conservative Party.

Nicholas Kent writes: My MP, a former provincial barrister, has been elected with substantial majorities since 1992.  As far as I know, he is standing again.  As a constituency MP, he is fine on local issues, active and approachable (albeit his home address is now confidential, thanks to ‘police advice’, and his home telephone number is now ex-directory).

He campaigned strongly for Remain in the referendum and has continued to do so.  His voting record in the Commons shows him to have a foot in the ‘rebel’ hard-Remain camp, though recently he has been loyal to Boris.

The northern boundary of the constituency adjoins the strongly Remain area of South Cambridgeshire (ex-Heidi Allen).  North East Hertfordshire is mainly rural, with reasonably prosperous small towns and by most accounts it leans slightly towards Leave, although Heald does not accept this.

Heald has now been given a clear run by the Brexit Party’s withdrawal, so there is no Leave party to vote for.  The Tories in general, and Boris Johnson in particular, are solidly Remain.  It is absurd to think otherwise.

I first voted Tory in 1970, but since Cameron I realised that Labour and Conservatives were two cheeks of the same backside.  This time, spoiling my ballot paper seems a cop-out, so I might just vote Green.  Heald will still romp home on December 12. It’ll be interesting to see how far his majority is reduced.

Jack X writes: Until last week, Mark Nolan, a local man, was standing for the Brexit Party here. A few days ago, without any prior warning or explanations, I saw that our candidate is now Alan Graves Jnr. As far as I know, he has no local connections or knowledge of local voting patterns or local issues.

I later found that Mark Nolan had chosen not to run, ‘to avoid splitting the Leave vote’ – but he is now the BP co-ordinator for High Peak! If he is so concerned about splitting the vote, why is he involved in the BP campaign at all?

If, as in many cases, their choice is Labour, LibDem, or a Remainer Tory, who are they supposed to vote for now?  If the BP had decided not to stand against people like Mark Francois, I could understand it. But letting hard-line Remainers have a clear run is beyond stupid.

The Brexit Party may have cause to regret its latest move. At the age of 72, I have never felt so cynical about the mob in Parliament. And now I don’t feel much better about the Brexit Party.

Graham Wood writes: York Outer, as opposed to the main York Central constituency, consists of suburbs and small towns and villages around York. It’s solidly Conservative, but for no apparent reason, and voted Remain by a smallish margin.

The MP for some years is one Julian Sturdy – a probable careerist.  He hasn’t much between the ears and should return to the plough, as he was once in farming. He’s sincere but useless as an MP, not understanding what real conservatism is. Occasionally he asks a question in Commons on the usual lines ‘Does my Right Honourable friend agree with me?’ etc.

He’s also a champion virtue signaller, with frequent photo-ops on his website – ‘Julian does this, Julian does that …’

I gave up writing to him long ago on EU matters, because he is well out of his depth and a waste of time.  He always refused to answer emails but consistently replied by snail mail (usually about six weeks later) and then simply acted as a post office for a ministerial reply.

Coming election:  The Brexit Party’s excellent Nicholas Szkiler will no longer contest York Outer due to Nigel Farage’s decision. But he has now swopped with the original TBP candidate in York Central and will stand there instead. Nicholas did a short, excellent introductory video of himself, which I believe exemplifies his quality as a candidate.

TBP has a big challenge in York Central, as the incumbent, Labour’s Rachael Maskell, had a majority in 2017 of more than 18,000 and appears to be a popular MP! My forecast: Labour probably wins with a greatly reduced majority.