Tamara Chabe: Cameron is wasting his time with his blessed EU talks 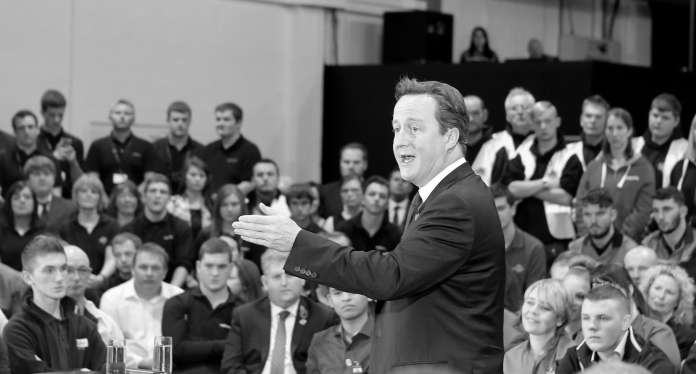 David Cameron’s attempt at renegotiating Britain’s membership of the EU will most likely not result in any substantive changes.

Unemployment rates for young people are sky-rocketing across Europe, and in the case of Eastern European migrants, access to benefits is probably not their prime motivation for seeking to move to Britain – most move to work and would most likely continue to even if benefits were restricted. George Osborne’s living wage would also increase the numbers seeking work.

Housing enforcement officers from Newham Council found 26 people living in a three-bedroom house, and the vast majority were low paid immigrant workers. Low paid immigrants living in such overcrowded conditions would be able to offset any cuts in benefits.

Cameron is also attempting to seek to exempt Britain from the principle of “ever closer union”.

The architects of the European Union always envisioned a superstate that would become a country and individual nation states becoming mere regions within the superstate. They believed in the doctrine of the inevitability of gradualism (taking small incremental steps instead of a sudden revolution) and that people would ultimately accept the loss of sovereignty and view the EU superstate as a progressive step.

The EU is moving towards common taxes, a common army, and a common foreign policy, and the only way that Britain can ensure that it is exempted from ever closer union is to leave the EU and agree a free trade deal.

Cameron is also reportedly seeking to “cut red tape and ensure competitiveness is written into Europe’s DNA”. The idea that the EU can cut red tape and become a dynamic and streamlined competitive bloc is fanciful – the European Union is a creature of the public sector. Bureaucracy and officialdom are embedded into the DNA of EU elites and bureaucrats.

The European Union cannot be reformed and is not dynamic or robust enough to meet the technological and economic that which are changing the world.

Nick Clegg and other Europhiles like to say that if Britain were to leave the EU then it would become Little England. The pessimism of the Europhiles and the fear mongering runs against the facts. Dan Hannan, Conservative MEP, states that “the EU is collapsing as a share of the world economy and our exports to the EU are collapsing as a share of our total exports. But we gave away 100 per cent of our trade policy to the European Commission on 1 January 1973 when we joined. So we can’t sign a free trade agreement with China or Australia, or India. That’s a huge issue and an increasingly huge issue as the EU continues to shrink as a share of the world economy”.

Outside the EU, Britain would be free to sign its own free trade deals and become a far more dynamic and competitive force.

Leaving the EU would also be good for small businesses, which are an integral part of the economy and a good driver for increasing wealth and opportunity. Corporatists and big business can lobby EU bureaucrats to implement rules that are favourable to them. However, excessive bureaucracy, officialdom and over regulation harms small firms.

It is highly unlikely that the European Union could ever be reformed, and David Cameron’s attempts at renegotiating Britain’s terms of membership are cosmetic and will not result in any meaningful change.